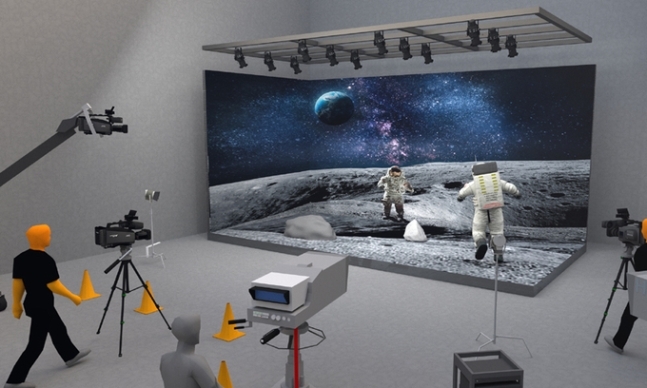 The former Namsan Creative Center, which shut down last year, will be turned into a new studio for production and streaming of virtual art performances.

According to the Seoul Metropolitan Government, the new studio will officially open in April 2022 after a test period. The studio will be equipped with the latest cameras, audio and lighting systems.

The two-story, 1,966-square-meter studio will be able to host various performance genres, from music, dance, gugak (traditional Korean music) to dramas and musicals. The new facility will also accommodate art education, exhibitions as well as shooting of films and commercials.

The center initially opened as a tennis court in 1995, but was changed to a cultural facility in 2007 used for musical and drama practices.

In a survey conducted by the Korea Culture and Tourism Institute, 40.7 percent of 1,223 artists and creators responded that they participated in online contactless productions from January to August last year.

Among those who had experience creating online productions, 56.5 percent said that support for video production, both space and technical, is needed for better quality streamed performances.

Seoul is to set to unveil a more detailed plan for the launch of the studio after consulting artists and video production experts.

“In the post-coronavirus era, both in-person and virtual performances will coexist. The Seoul Metropolitan Government hopes that artists can perform diverse stage arts here, using the studio equipped with the latest equipment,” said Yoo Yeon-sik, director of the city government’s Culture Headquarters.

“We hope this studio will be more than just a production facility. We hope it will support contactless art creation, offering quality virtual performing art to the people,” Yoo said.

As the performing arts scene has been hit hard by the ongoing pandemic, authorities and related institutions are trying to lend their support to the industry by offering opportunities to create online streaming performances.

Major art venues, such as the Sejong Center for the Performing Arts and Lotte Concert Hall, have run or are running programs that support online streaming, too.

Under the Level 2.5 social distancing rules, performing art venues are required to leave two empty seats between every audience member. The local arts scene has been calling for authorities to relax the measure, citing financial difficulties.