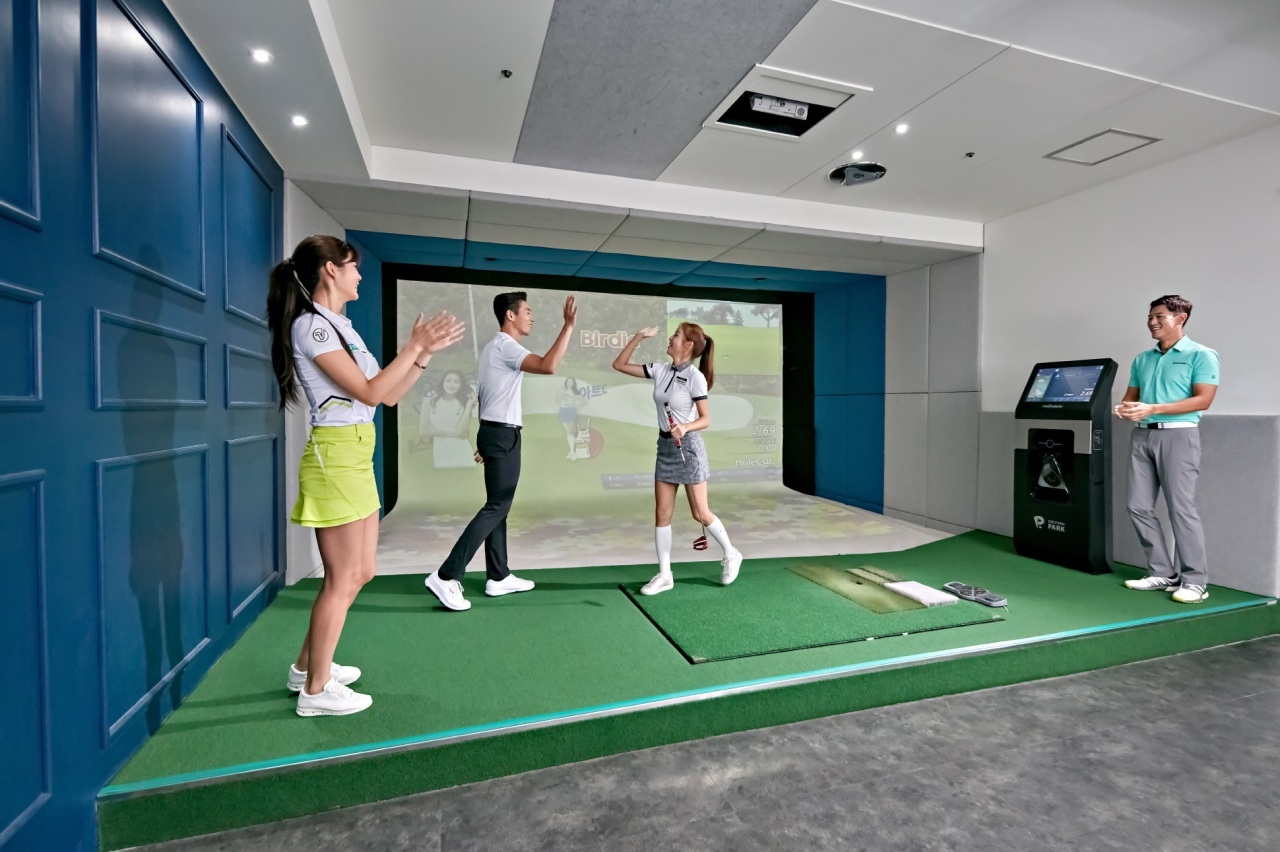 Users play the latest version of Golfzon’s indoor golf simulator. (Golfzon)
Once considered an exclusive hobby for rich elites, golf has now become much more affordable and accessible, thanks to “screen golf,” or golf simulator rooms.

Virtual reality allowed golf aficionados to be rid of the inconvenience of having to travel far out to countryside golf courses, letting them tee off after work in their neighborhood “screen golf lounges” for the cost of about $20 for an 18-hole game.

Pioneering this indoor golf culture was Golfzon, which introduced an advanced golf simulator in the early 2000s.

Golfzon’s device recreates the terrains, the uphill and downhill holes of existing golf courses in the world on the screen. The machine, with its motion sensors, then measures the impact of each swing to show the trajectory and determine where it would land on the course.

With the cost barrier lowered, the country’s golf population shot up 74 percent from 4.7 million in 2017 from 2.7 million in 2012, according to a survey by the company and local pollster Embrain.

But in 2000, when its founder Kim Young-chan, now group chairman, started it with just five employees, no one predicted a success of such scale.

Golfzon was Kim’s second attempt at entrepreneurship, after an unsuccessful first try. Before, he had worked at General Motors Korea and Samsung Electronics.

Having played golf for about 10 years at the time, Kim sought for a medium to reduce the gap between actually plays on the green and practices on driving ranges. 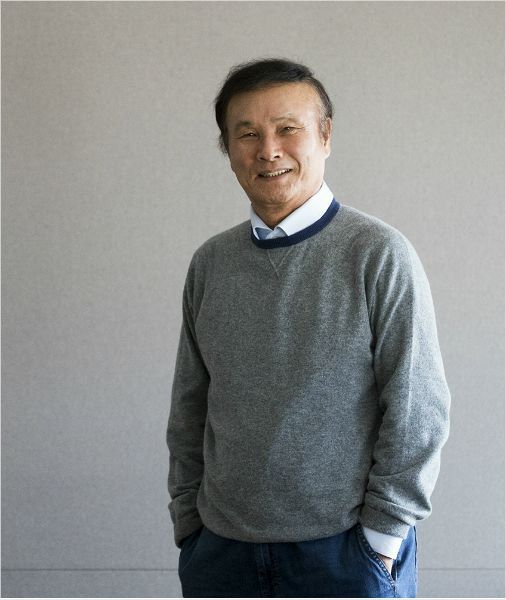 Golfzon Newdin Group Chairman Kim Young-chan (Golfzon)
Golf simulators did exist at the time, but they were all expensive imports found in luxury hotels. They served mostly for training purposes and lacked in quality, Kim said in a previous media interview.

With a couple of engineers, Kim opened an office at the Daedeok Research and Development Complex in Daejeon, in May 2000. Two years later, Kim’s team succeeded in developing their first golf simulator, entirely made in Korea.

With the release of their very first product, the company began raking in money. In the first year it turned profitable, logging an annual sale of 1 billion won, which snowballed in the years that followed.

In May 2011, just over a decade since the company started, it listed its stocks on the tech-heavy Kosdaq, with a market valuation of 1 trillion won.

In 2015, the company formed a holdings company Golfzon Newdin Holdings to manage its affiliates dealing with a diverse range of businesses, including retail, education and golf courses.

Golfzon also acquired Ledbetter Golf Academy and Deca System, which is the maker for the GolfBuddy GPS rangefinder system, in 2018.

Screen golf has now become a sport of its own in South Korea.

According to a survey, 85.5 percent of the beginners who have played for less than two years have experience using screen golf lounges, while 59.1 percent of them have never played on actual golf range.

Golfzon says it has a role to play in further developing the culture of screen golf.

It also hosts virtual golf tours, for both amateurs and professionals. The golf giant has been holding Gtour, the world’s first simulation-based professional golf tours, annually since 2012. The accumulated prize money for the competition surpassed 10 billion won last year, the company said.

In May and July, Golfzon also launched screen golf competitions for professional players of LPGA tours, including Park In-bee -- the winner of last year’s LPGA tour title -- livestreaming it on online channels such as YouTube.

As for the future growth of its own business, the company aims to duplicate its success with golf in other sports and in foreign markets.

The company has developed similar simulators for baseball, fishing, bowling and media art and hopes to build multicultural complexes where visitors can experience all it has to offer.

Outside of Korea, they have four branches in the US, China, Japan and Vietnam, and has so far exported its golf products to over 63 countries.

In the five years up until 2019, the company sold about 2,000 golf simulators overseas, worth 38 billion won, it said.

In another major step, Golfzon Newdin, the holdings company, is preparing for an initial public offering this year.