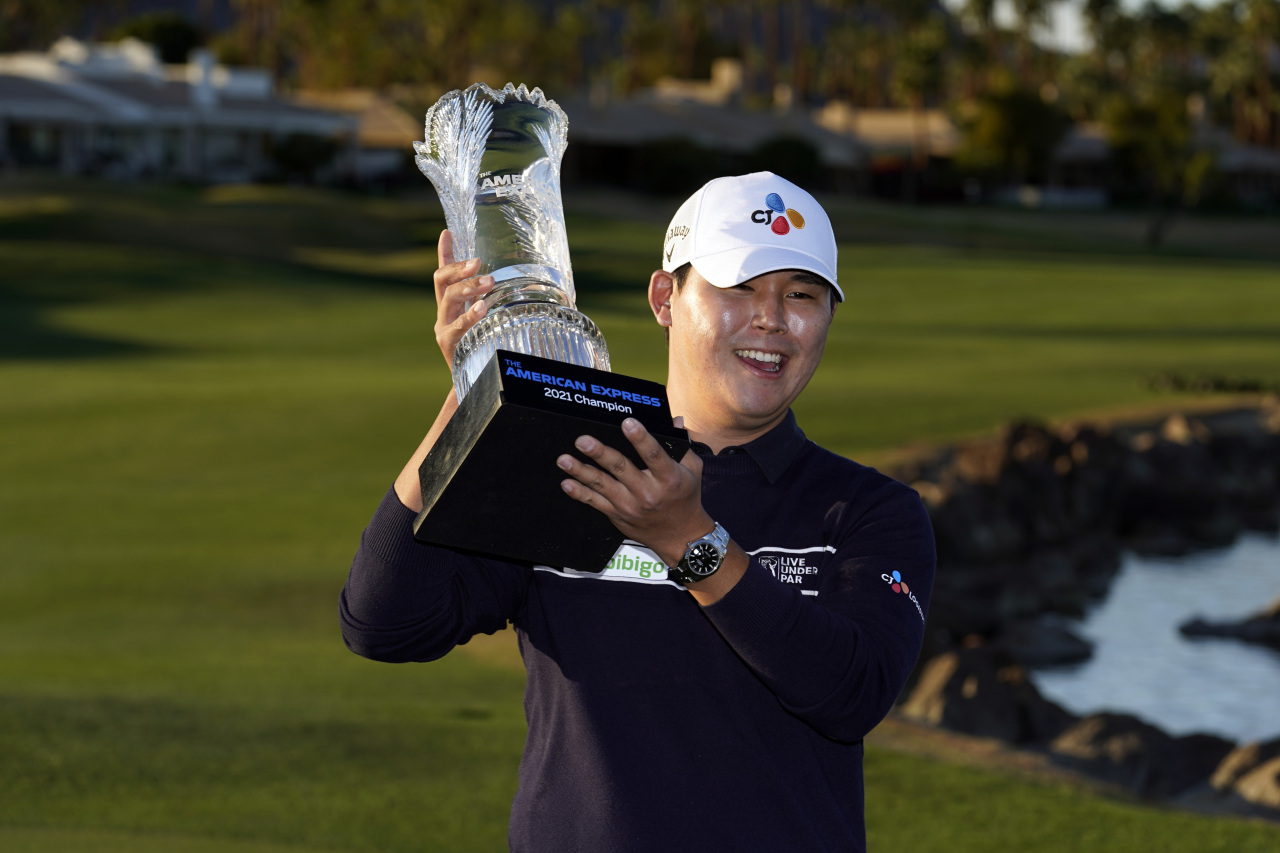 “My heart was very firm in the last five holes and Patrick kept making birdies,” Kim said in the interview after winning the tournament.

“But I was not trying to be too aggressive and just kept patience. And I got a chance in the 16th because of the helping wind.”

The 25-year-old South Korean golfer wrapped up the tournament at 23-under 265 on the Pete Dye-designated Stadium Course at PGA West in La Quinta, California, clinching $1.2 million in prize money.

Sunday’s victory gave Kim a big boost in the official PGA all-around ranking, moving him up to 44th place from the previous week’s 91st spot.

Kim’s winning drought lasted a little over 3 1/2 years since his previous two titles at the Players Championship in May 2017 and the Wyndham Championship in August 2016.

“I had many chances since the Players. I had many chances to win, but I couldn’t make it, but finally I made it,” Kim said during the post-tournament news conference. “So I tried to keep my composure and I made it. I’m so happy with that.”