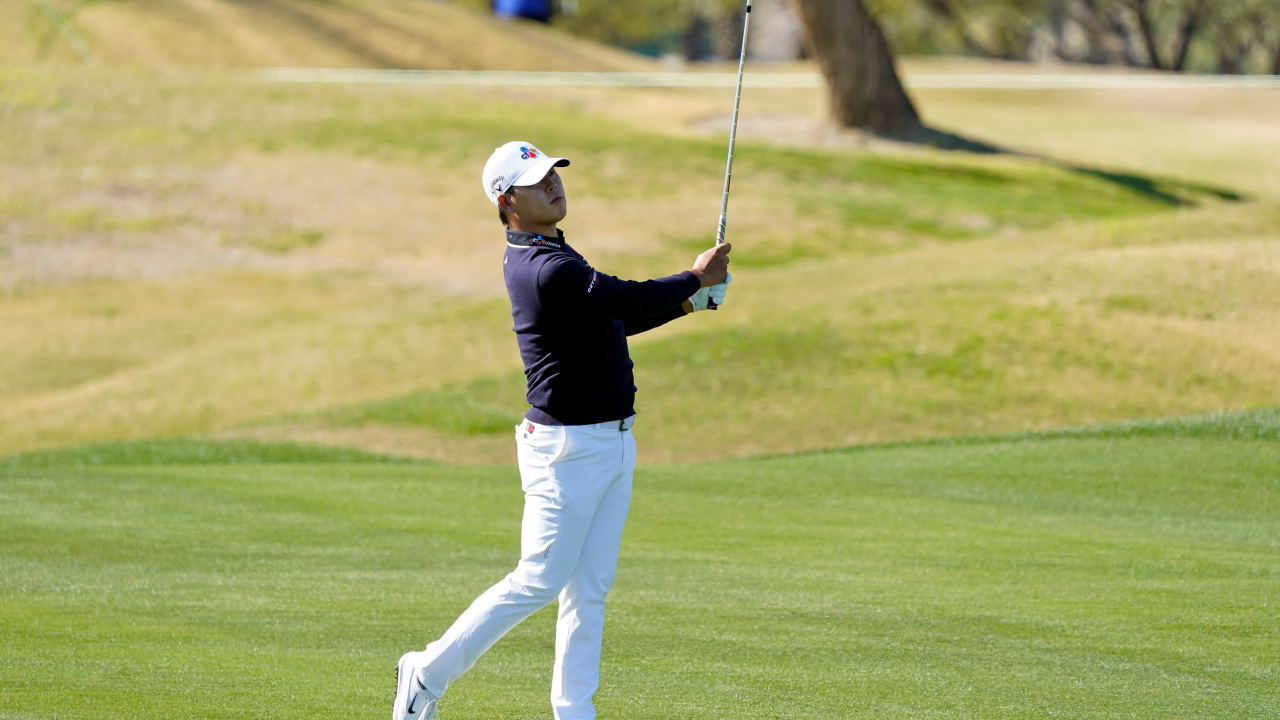 Kim won the American Express by a stroke over Patrick Cantlay of the United States at 23-under 265 on the Stadium Course at PGA West in La Quinta, California, on Sunday (local time). The 25-year-old Korean carded a bogey-free final round of eight-under 64 to hold off Cantlay, who fired a blistering round of 11-under 61.

Kim's previous victory had come at The Players Championship in May 2017. Kim's drought had run for 102 tournaments before this breakthrough in California.

"Every year, I've had a chance, but I couldn't make it," Kim told reporters through an interpreter. "I had a lot of resolve in my mind last night."

Kim and Collin Morikawa of the US are the only two active PGA Tour players under the age of 26 with three victories.

Kim began the final round in a three-way tie at the top with Tony Finau and Max Homa at 15-under. They were in the final group, but those who teed off ahead of them put a few birdies on the board to take early control of the day.

Cantlay, playing six groups ahead of Kim, poured in six birdies on the front nine alone. Kim had a decent start with birdies at the fourth and fifth, and another birdie at the seventh moved him into the top at 18-under.

Kim picked up his second consecutive birdie at the eighth and eventually made the turn as the co-leader with Cantlay at 19-under.

Cantlay finished his tournament at 22-under, taking the clubhouse lead with a long birdie putt at the 18th and putting the pressure squarely on Kim's shoulders.

Kim was at 21-under with four holes left to play at the moment, and then met Cantlay at 22-under with a birdie at the 16th.

With Cantlay trying to stay sharp for a possible playoff on the practice range, Kim took the lead at 23-under by sinking an 18-foot birdie putt at the par-three 17th.

The usually stoic and reserved Kim had a rare display of emotion after that putt, pumping his right fist as he walked toward the cup.

Kim split the 18th fairway with a perfectly-placed tee shot and found the green with ease. From about 19 feet away, Kim two-putted for a par that clinched his one-stroke victory.

This was Kim's ninth start of this season and his second top-10 finish.

Kim said afterward he was aware of Cantlay's charge up the leaderboard with a birdie barrage -- Cantlay broke the course record by two shots with his 61 -- even though the American was six groups ahead.

"I had to know what's going on, so I knew how to play my game in the final round," Kim said. "I knew Cantlay played really well. I tried to keep patient and believe in myself."