[ The Korea Herald – Send E-mail ]
Hip-hop trio Epik High is here with message of hope
By Hong Dam-young
Published : Jan 19, 2021 - 10:20
Updated : Jan 19, 2021 - 10:20
Sending a message of hope has always been the backbone of Epik High’s music career spanning over 17 years. The COVID-19 pandemic continues to rage, but the trio has never been so eager to reach out to and comfort listeners in this distressing time.

“I’d once sworn that we wouldn’t release an album with two CDs anymore. But we couldn’t help but do it because there were so many stories we wanted to share,” said DJ Tukutz during the band’s self-hosted online press conference for its new album, “Epik High Is Here Part 1,” in Seoul on Monday.

The group’s 10th full-length album marks the trio’s first fully packed record in three years and four months. The first part of the double album features dual lead tracks “Rosario,” featuring CL and Zico, and “Based on a True Story,” featuring Heize. The trio explained that groovy hip-hop track “Rosario” tells people to stand in their confidence by snapping back at naysayers who wish for others’ misfortune and failure. Dropping the tone on “Based on a True Story,” Epik High hopes to comfort those feeling lonely. 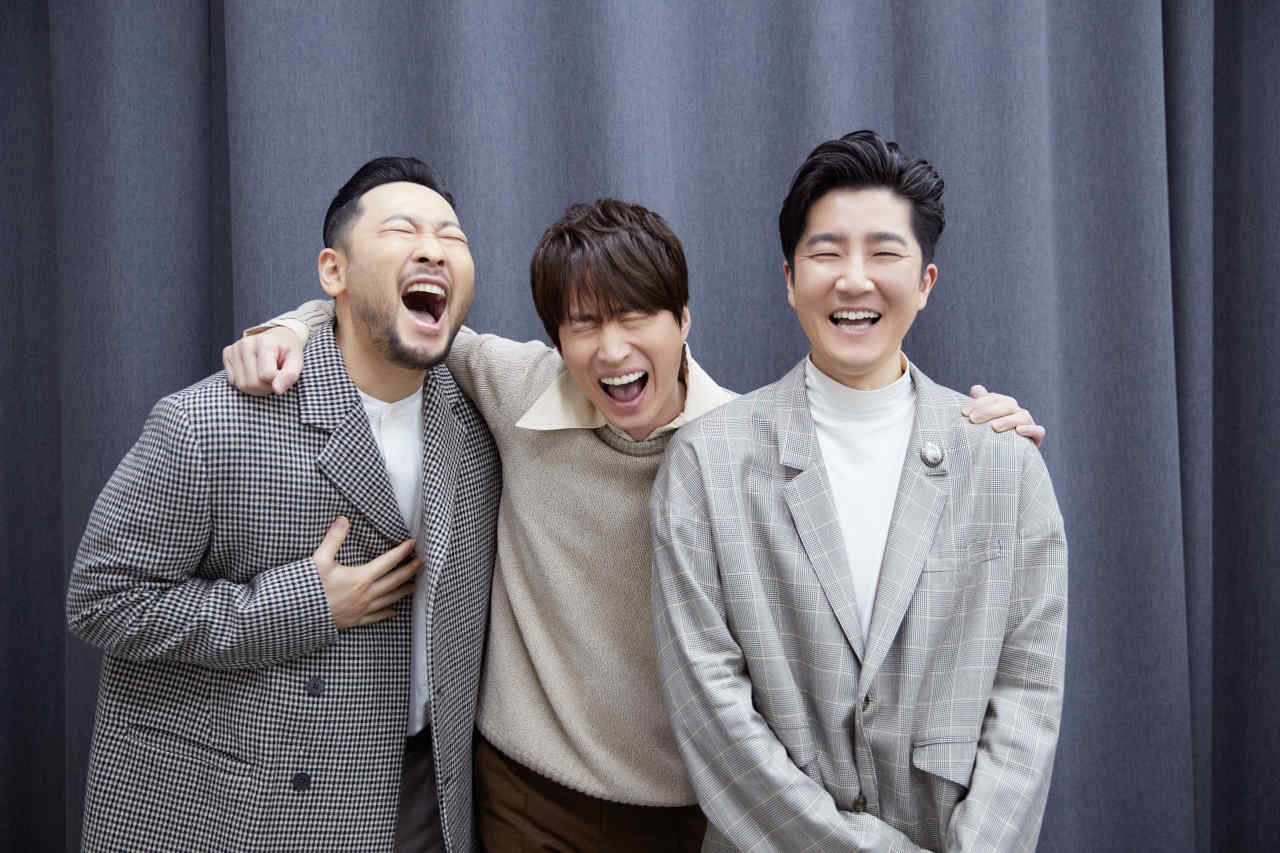 Epik High (Hours Entertainment)
“This winter might feel colder than ever, given the ongoing difficult circumstances. So we tried to comfort people with those two songs, which can deliver both warmth and hotness,” said Tablo.

The musician also shared a story behind the collaboration with Zico and CL, saying, “I’ve always wanted to work with them. I recalled Zico saying working with CL was one of his dreams in his past interview, so I decided to make our wishes come true at once, which would double listeners’ joy as well.” He went on to thank Zico for working closely with the trio until the day before his mandatory military enlistment and complimented Heize’s musicality, saying, “I think her voice has the best quality for comforting others.”

Mithra Jin, who confessed he had battled panic disorder while working on the album, emphasized the importance of comforting people with similar illnesses and connecting with them via music.

Epik High shot to stardom in 2003 with debut album “Map of the Human Soul.” The group rose from the underground hip-hop scene with hits such as “Fly,” “Love Love Love” and “Umbrella.”

In March 2015, Epik High performed at the South By Southwest festival in Austin, Texas, and in April 2016, the group became only the second Korean artist to perform at the Coachella music festival. In 2015, Tablo became the head of YG Entertainment indie sublabel HIGHGRND, which houses indie acts like Hyukoh, led by Oh Hyuk, and the Black Skirts, but he resigned from the post in July to focus on the return of Epik High. The trio signed with US talent agency William Morris Endeavor Entertainment in 2019 for a global push.

On the group’s longevity, Tablo said, “I think one of our biggest strengths is that none of us are yes men. We are very strict and sometimes meanly honest to each other when it comes to music. And I guess such a trait resulted in the best musical outcome.”

The trio hinted that the second part of “Epik High Is Here” will be released within this year.