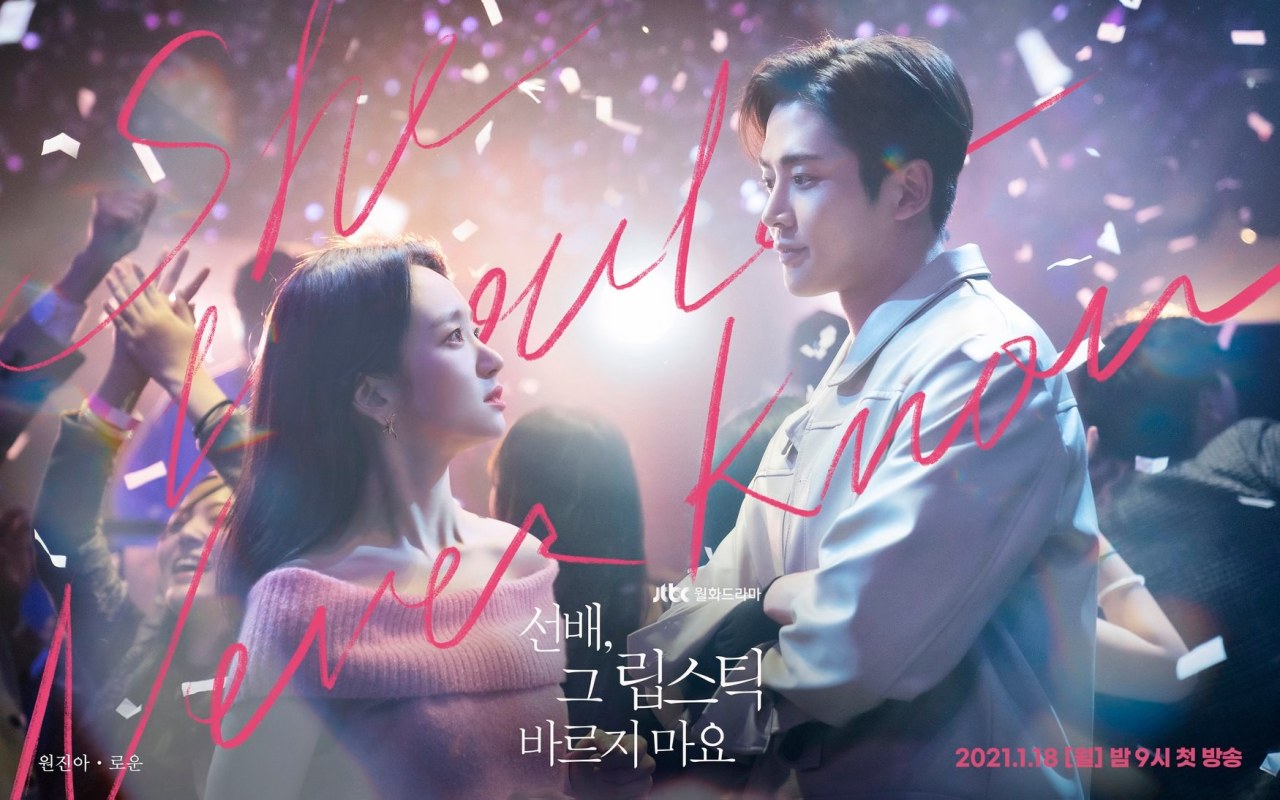 “The drama take place at a cosmetics company and the episodes are themed around lipstick, but it symbolizes something more than just makeup. The female protagonist wears lipstick when she meets her lover. The junior colleague tries to tell her not to see that guy by saying ‘Don’t put on that lipstick’ after he finds about his secret,” said director Lee Dong-yoon during an online press conference on Monday. The drama’s Korean title is “Seonbae, Don’t Put on that Lipstick.”

“When I first heard the title, I thought ‘What?’ I opened the book thinking it would be an intense, provocative story because of its title, but I was enticed by it for a completely different reason,“ said actor Won Jin-a. ”I started reading it thinking of provocative elements it may hold. But the tempo of unraveling feelings was slow and I could empathize with their emotions,“ she said. 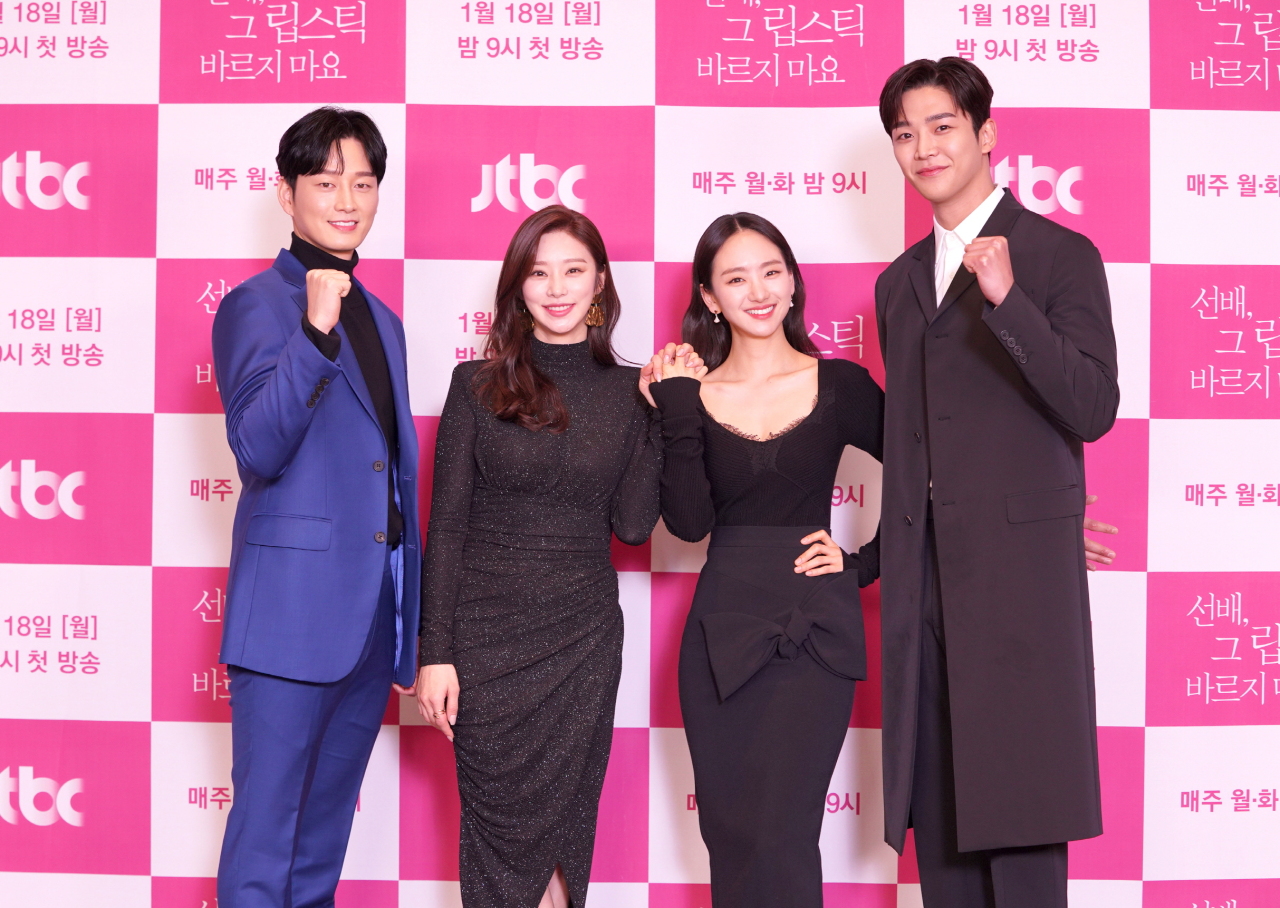 “I cast Rowoon because his image fits the role of Chae Hyun-seung. He’s tall, handsome and has a nice voice. The world isn’t fair,” said director Lee. “When I met him, Rowoon was sincerely contemplating acting. Since the character cannot be the same as Rowoon, he pondered on how to fill the gap between the two,” Lee said, adding that it was a pleasure to watch a 26-year-old man with his looks go to such lengths.

The 16-espisode drama airs on JTBC Channel at 9 p.m., Mondays and Tuesdays.