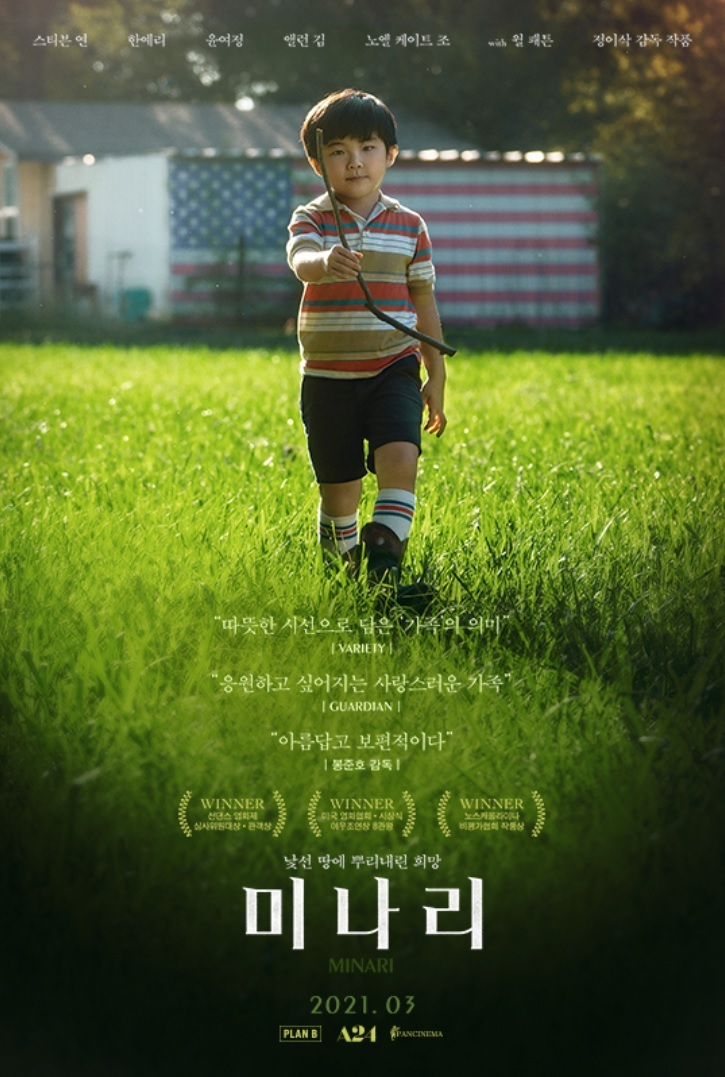 The first official Korean poster for “Minari” was posted on social media with a hashtag confirming the March release. No specific has been announced, however.

“Minari,” directed by Korean American Lee Isaac Chung, is a semiautobiographical film showing the life of first-generation immigrant Koreans pursuing the American dream. The movie is shown from the viewpoint of a 7-year-old boy in Arkansas in the 1980s.

The movie has so far won 31 awards and been nominated for 74, according to Pancinema on Friday.

Veteran actor Youn Yuh-jung, who plays the role of a grandmother who comes from Korea to help the family, has won 11 best supporting actress awards so far, raising hopes for Korea’s first Oscar acting nomination.

US magazine Variety has predicted nominations for best picture, director, actor and supporting actress, among others, for “Minari,” continuing on the success of “Parasite,” the Korean film that won four Oscars last year.

The Oscars nominations are to be announced March 15.