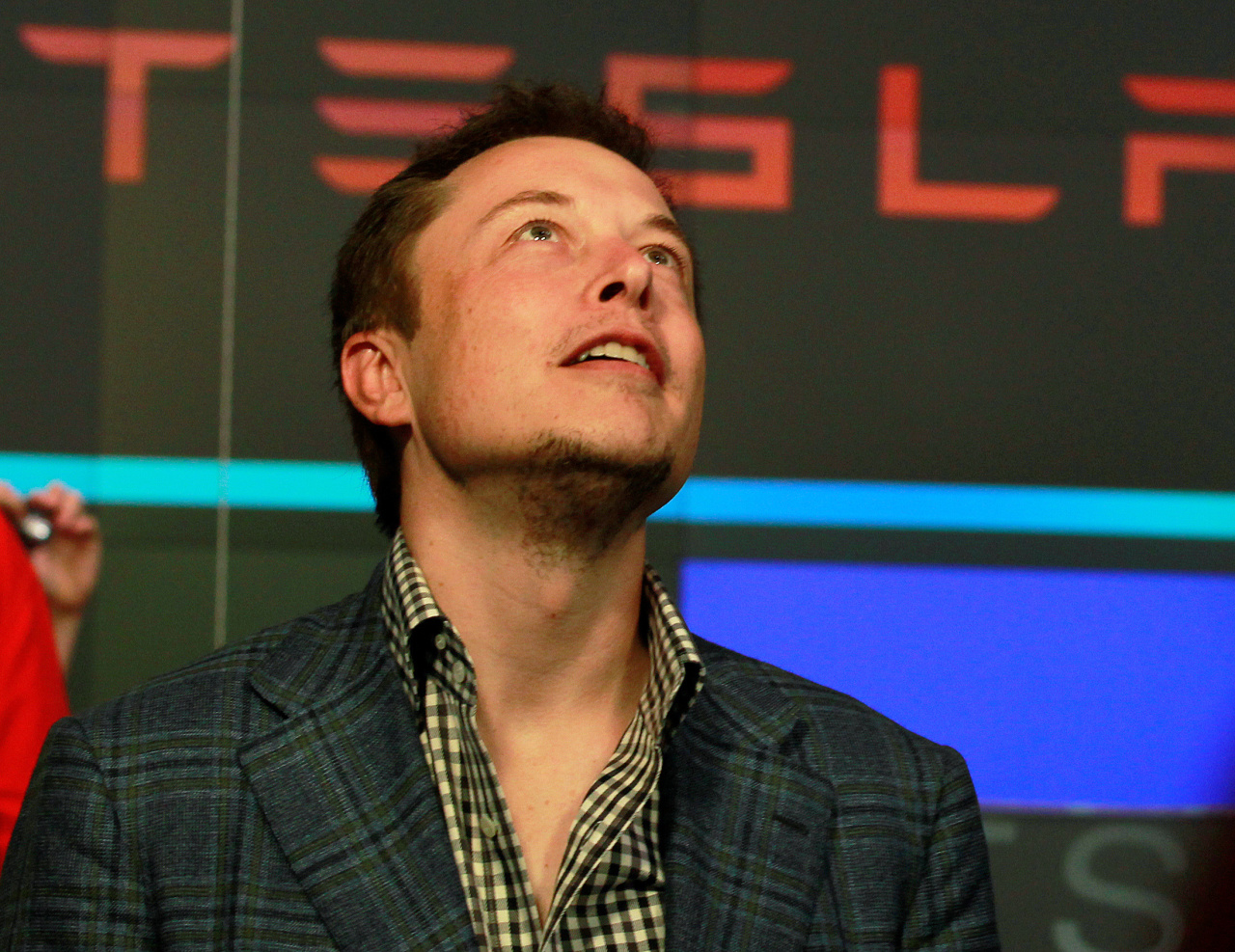 Tesla's CEO, Elon Musk (Reuters-Yonhap)
A single comment from Tesla CEO Elon Musk on Twitter led a small company’s stock price, which had nothing to do with the comment itself, to multiply 12-fold in just two days.

The phenomenon is being predictably attributed to investors’ great trust in Musk, as well as enormous liquidity released on the recent stock market.

Elon Musk’s tweet on Thursday (@elonmusk)
Musk posted a message on Twitter on Thursday saying, “Use Signal.” The message was later revealed as meaning to encourage the use of encrypted messenger app Signal, which serves as an alternative to Facebook Messenger, WhatsApp and Apple’s messaging service.

Musk’s tweet seems to be related to recent changes in WhatsApp’s privacy practices, which are to be implemented from Feb. 8.

WhatsApp recently announced changes in the terms of service and privacy policy that mean users must agree to WhatsApp, which is owned by Facebook, using Facebook-hosted services to store and manage their chats. In addition, users have to approve WhatsApp being in partnership with Facebook to offer integrations across the social media titan’s products.
Musk has also been vocal in his criticism of Facebook‘s privacy policy in the past. However, this time the tweet caused a wild stir in the stock market.

As some investors flocked to a stock for Signal Advance in off-market trade, the stock soared 527 percent on the day of Musk’s tweet, Jan. 7, and 91 percent the following day. Its market capitalization grew from $55 million to $660 million.

Signal Advance is not associated with the messenger app Signal. As a health care company established in 1992 in Texas, the company currently is not obligated to report financial information to the US Securities and Exchange Commission due to its small size.

The messenger app mentioned by Musk is an open-source app that receives donations from the Signal Foundation, a nonprofit organization that helps provide measurably reliable public services free of charge.

Edward Snowden, the whistleblower who leaked highly classified information on wiretapping systems from the US National Security Agency in 2013, has also spoken before about using the Signal app. 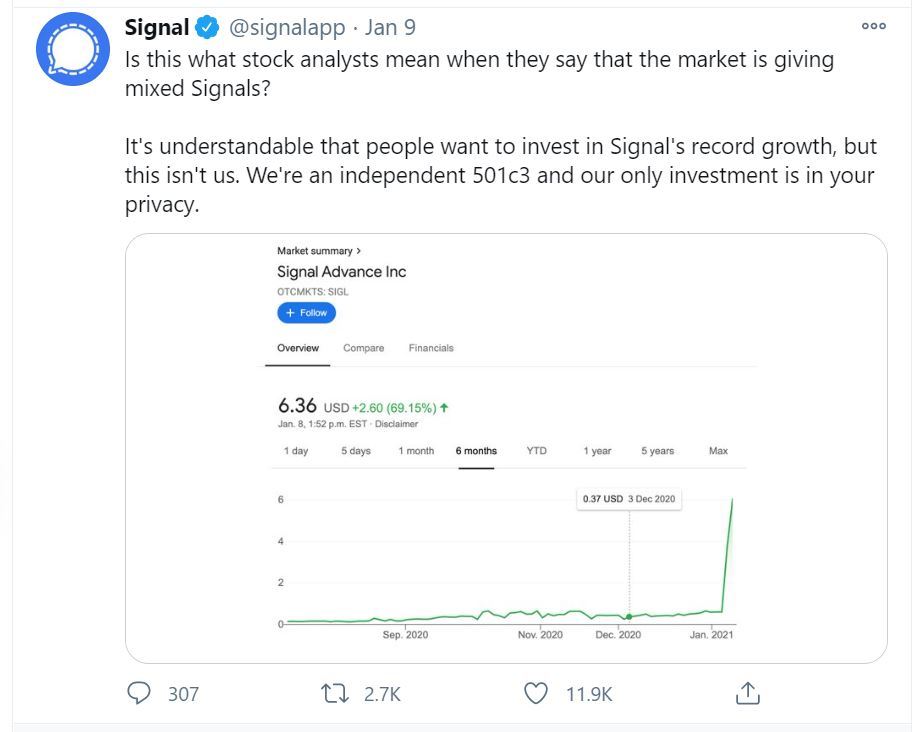 Signal Foundation’s tweet on Saturday (@signalapp)
The Signal Foundation took the matter to Twitter once again, tweeting, “It’s understandable that people want to invest in Signal’s record growth, but this isn’t us. We’re an independent 501c3 and our only investment is in your privacy.”

Fortunately, the initial signal was properly understood by others, including Twitter CEO Jack Dorsey, who retweeted Musk on the same day.

As new users flocked to the messenger app to try it out, Signal announced, “Verification codes are currently delayed across several providers because so many new people are trying to join Signal right now (we can barely register our excitement) ... Hang in there.”