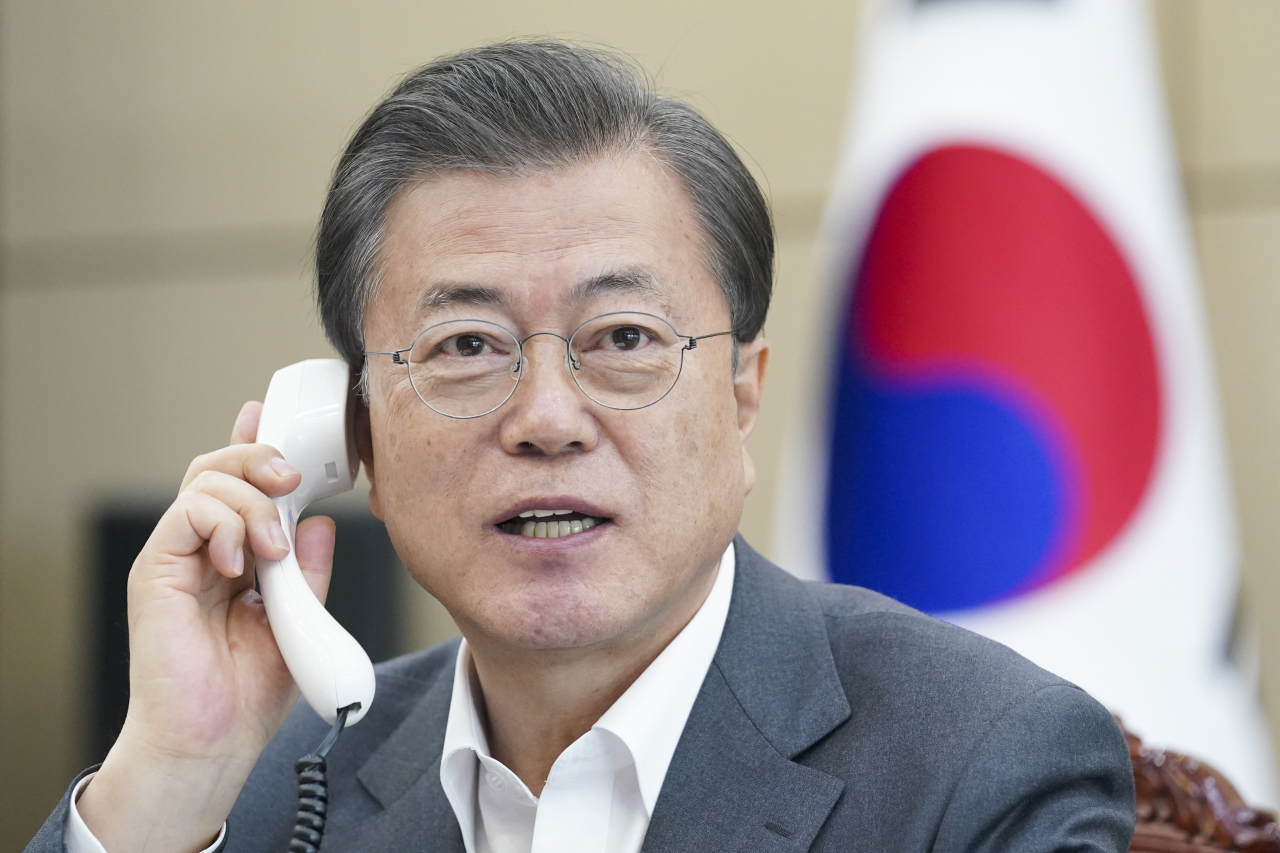 In the letter, WHO Director-General Tedros Adhanom Ghebreyesus said that the rollout of new vaccines has given hope for the termination of the pandemic, according to Moon's spokesman Kang Min-seok.

Tedros was quoted as adding that Moon's support for the COVAX Facility, a pooled procurement mechanism for new coronavirus vaccines, would play an important role in the antivirus fight.

Moon plans to reply to the WHO leader later in the day, in which he will reaffirm Seoul's commitment to close bilateral partnerships against the virus and its resolve to participate proactively in efforts to strengthen global health care governance, Kang told reporters. (Yonhap)