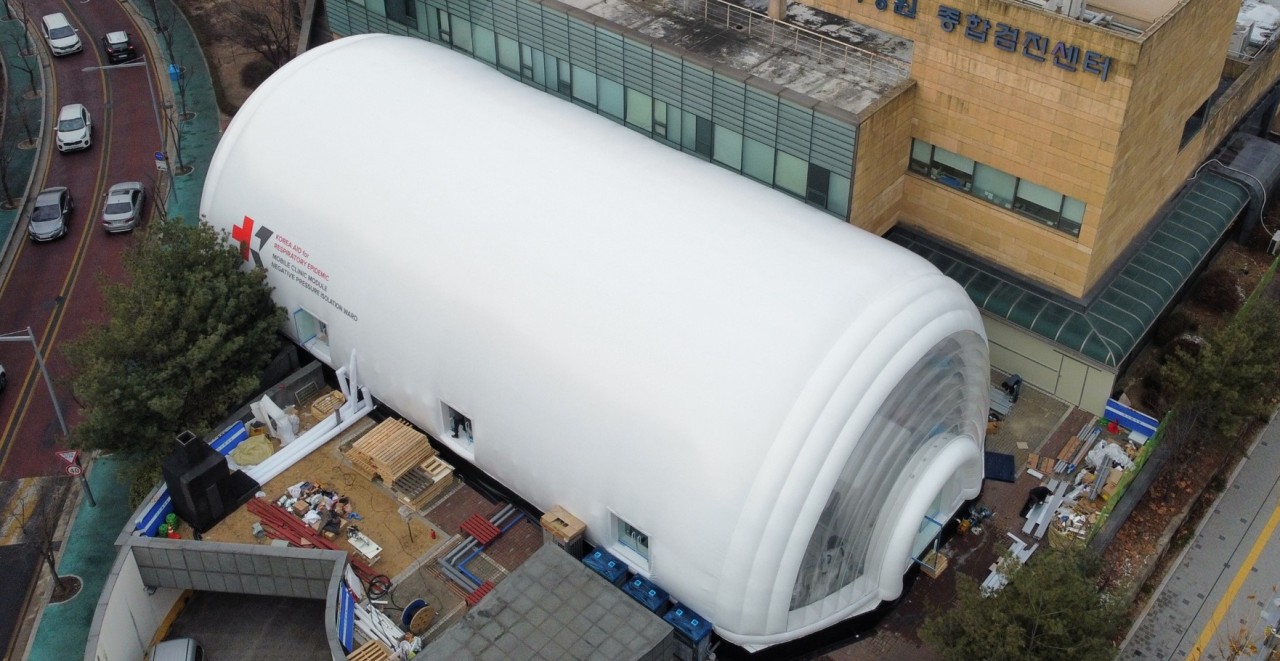 Developed by a team led by professor Nam Tek-jin, the head of KAIST’s industrial design department, each module is a negative pressure unit that can be connected to other modules to form a larger facility that can be expanded as required.

According to KAIST, the module is designed mainly to accommodate patients showing moderate symptoms of an infectious disease, like COVID-19, to serve as a “bridge center” between isolation facilities and hospitals. The modules are, however, designed to serve as intensive care units when necessary.

According to KAIST, the modules can be installed quickly and configured to serve various functions such as testing, isolation and treatment.

KAIST’s mobile clinic module is also significantly cheaper and lighter than similar modules, as well as the installation of permanent negative pressure wards at hospitals. According to KAIST, installing a permanent negative pressure ward in a hospital can cost up to 5 billion won ($4.6 million), while the cost of building a six-person ward with facilities for medical staff using other modular products would be about 1.57 billion won. In comparison, installing a ward of comparable size using KAIST’s modules is estimated to cost about 1 billion won.

KAIST’s module is also lighter than other available modular wards, weighing an estimated 8.4 metric tons for a six-person ward compared with 22.5 tons for comparable modules.