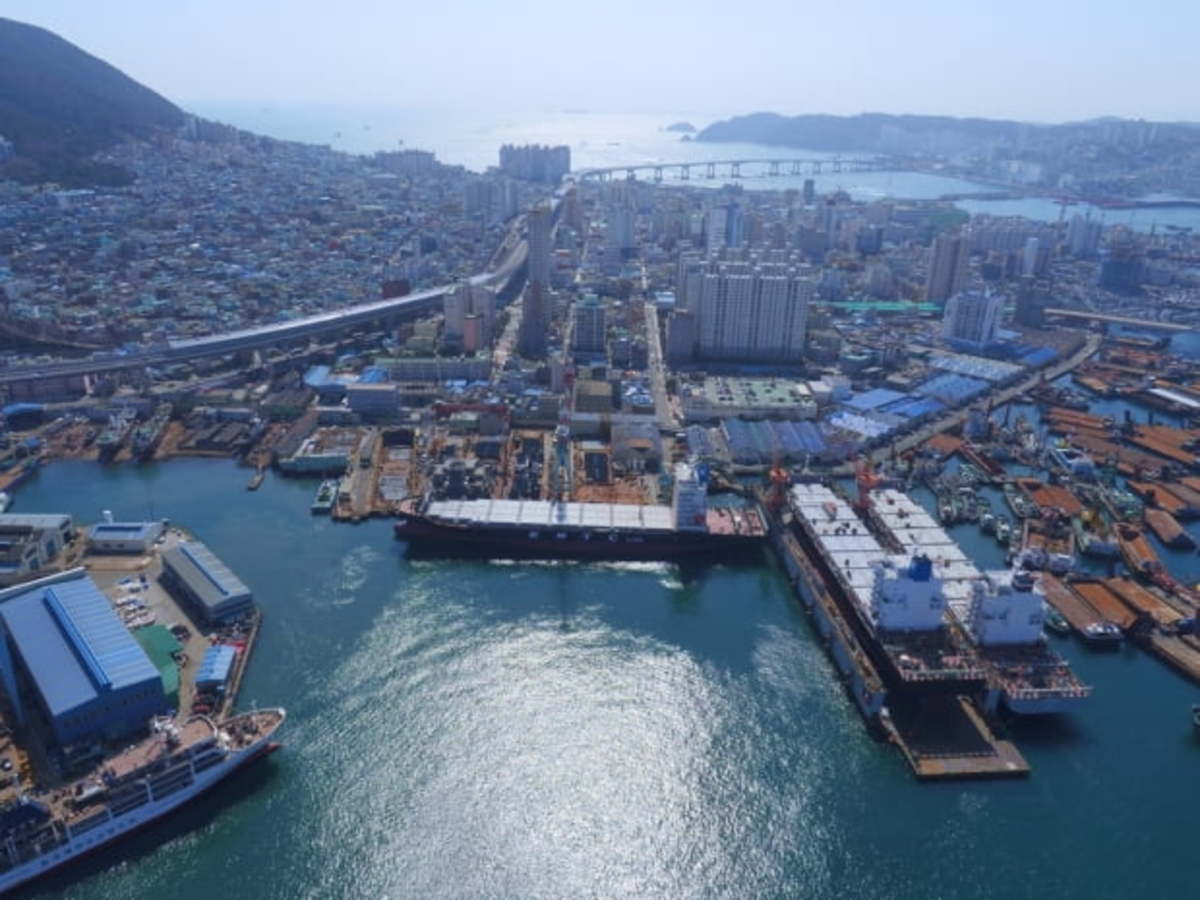 Creditors of Daesun Shipbuilding Engineering completed the deal to sell the shipbuilder with local steelmaker Dongil Steel Co. at the end of last year, while creditors of Hanjin Heavy Industries & Construction and STX Offshore & Shipbuilding have yet to finalize their deals after picking the preferred bidders for the shipbuilders.

Creditors of STX Offshore and the consortium were slated to strike the formal deal for the stake in the shipbuilder in December, but it has been delayed.

"The formal deal did not fall through, but some reasons delayed it," Kong Doo-pyung, a spokesman for STX Offshore, said Thursday, without revealing the reason.

On Dec. 22, creditors of Hanjin Heavy Industries & Construction named a consortium led by construction company Dongbu Corp. as its preferred bidder for an 83.45 percent stake in the company.

The decision has faced stiff opposition from the Busan government and civic groups in Busan, 453 kilometers southeast of Seoul, where Hanjin Heavy Industries & Construction's shipyard is located, due to concerns that the construction company may turn the shipyard into an apartment complex.

Two days later, the consortium said it will keep running the shipyard, brushing off the concerns.

The stake sale is expected to be finalized early this year after obtaining approval from authorities, including South Korea's arms procurement agency, Defense Acquisition Program Administration, as the shipbuilder has been fully dedicated to building battleships.

The Export-Import Bank of Korea (Eximbank), the main creditor of Daesun Shipbuilding Engineering, finalized a 160 billion won ($157 million) deal with Dongil Steel Co. to sell the midsized shipbuilder on Dec. 29.

Dongil Steel promised to keep up the shipbuilding business and hire all employees of the shipbuilder, Eximbank said. (Yonhap)