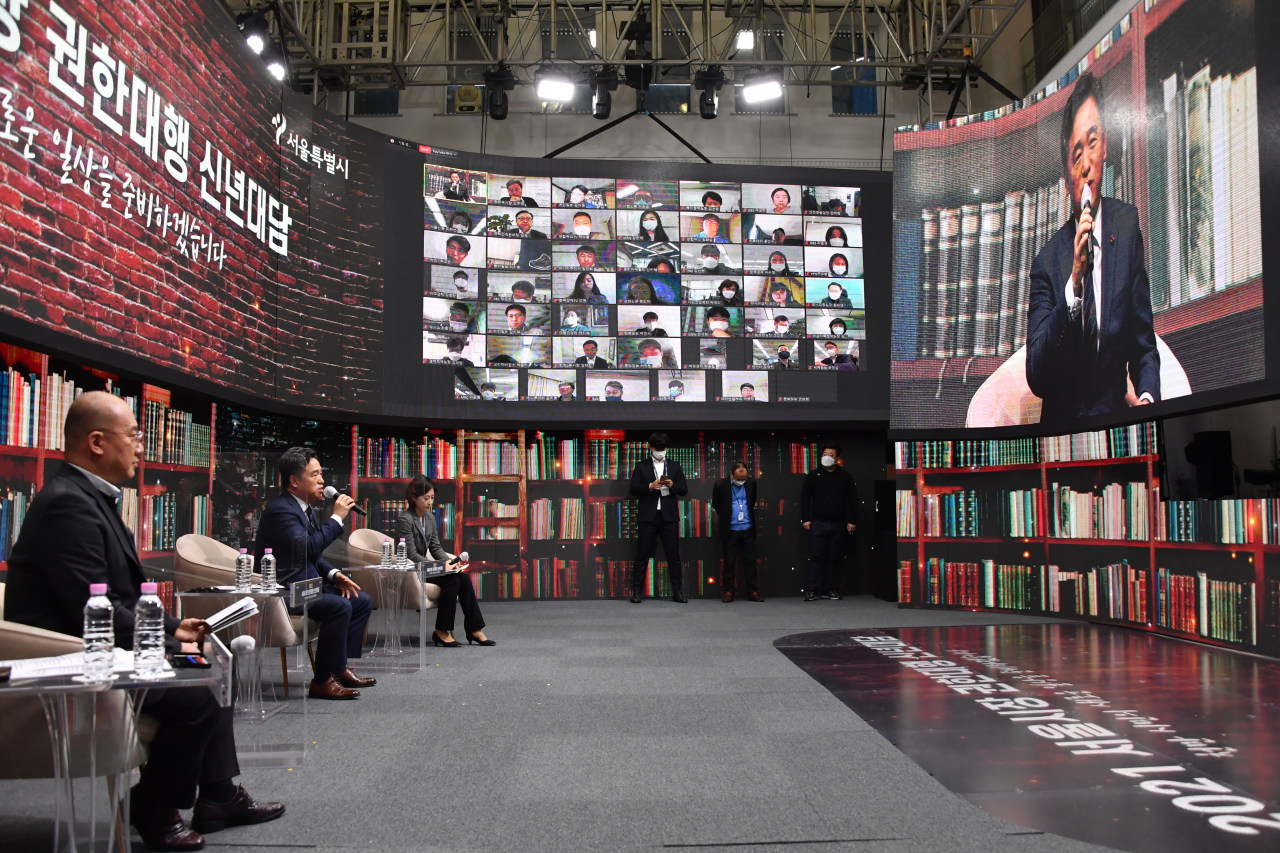 “We will spend 1.1 trillion won ($1 billion) by 2025 on the Seoul-style Digital New Deal policy, which focuses on fostering big data, networks and artificial intelligence, which will lead the era of the ‘fourth industrial revolution’ and the contactless post-coronavirus era,” the acting mayor said during a New Year’s press conference Tuesday.

The acting mayor has also pledged to make Seoul a leading city for responding to climate change.

“By next year, the government will carry out a large-scale green remodeling project for 353 old public buildings and make electric and hydrogen cars mandatory transportation in the public sector,” he said.

He also vowed to respond to the climate crisis and revive the local economy by completing new eco-friendly walking paths from Seoul Station to Gwanghwamun Square, Myeong-dong and Dongdaemun.

As for the chronic housing shortage, the city government plans to continue to supply homes in line with housing market measures announced last year.

“The housing issue is likely to continue to be the hottest issue in the New Year,” he said.

“Basically, as an acting mayor, I intend to proceed within the flow of the existing housing policy. As part of last year’s May 6 and Aug. 4 measures, we are continuing to push ahead with policies to ensure end users can be supplied with houses.”

On May 6 last year, the government announced that it would secure additional sites for 70,000 houses in downtown Seoul by 2022. On Aug. 4, it vowed to supply 132,000 households to the metropolitan area by 2028 by revitalizing public reconstruction.

The government will continue to supply 240,000 public rental housing units, a key residential policy for the working class, and provide an additional 80,000 houses through public housing by 2022.