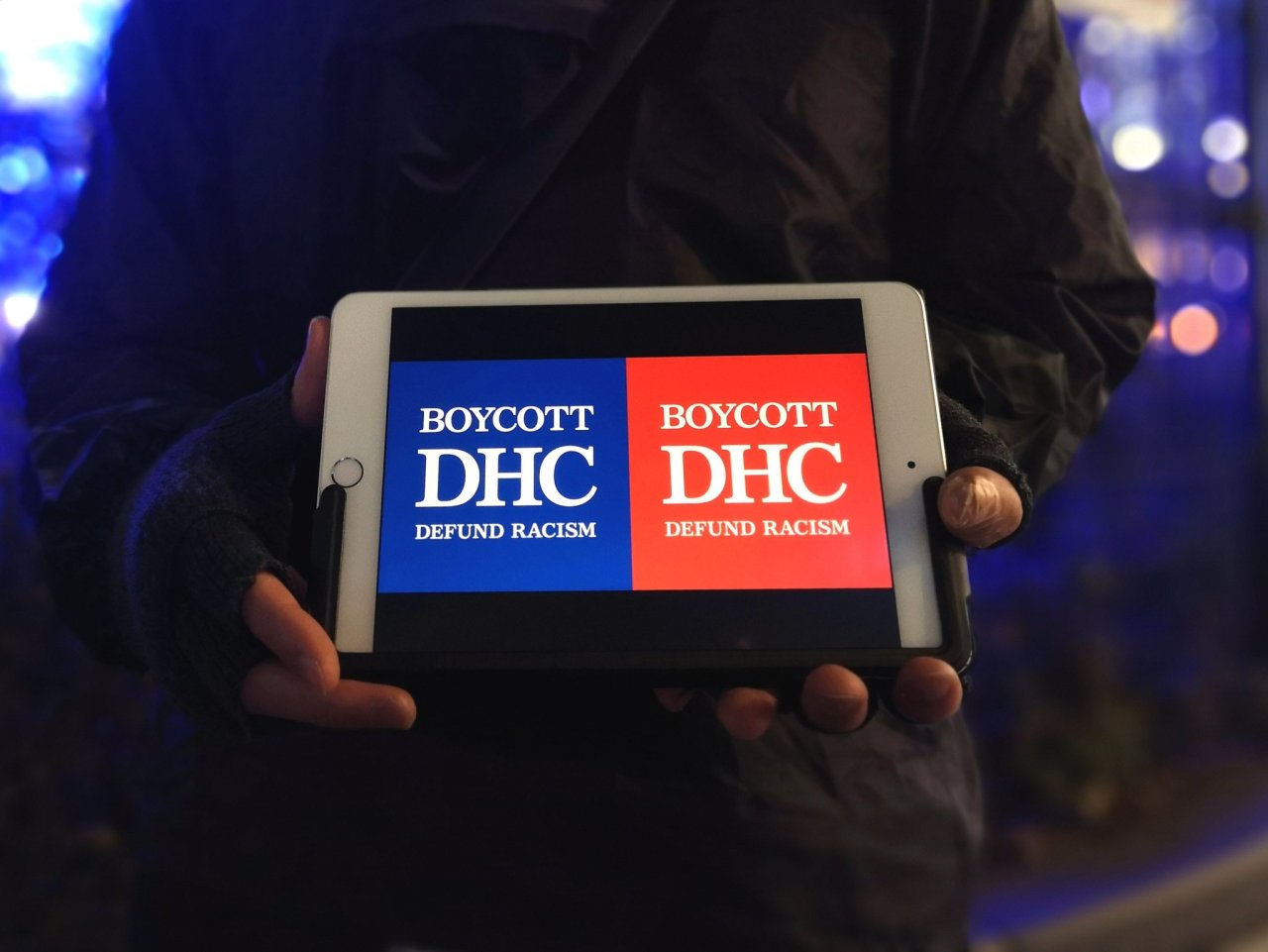 A protestor in Tokyo displays a sign calling for a boycott of Japanese cosmetics firm DHC after its CEO made racially charged remarks. (Twitter user @Sacklaver)
Retailers around the world including Target and Superdrug face pressure to cut ties with DHC as the Japanese cosmetics company refuses to apologize for its CEO’s racially discriminatory remarks against Koreans.

Activists have launched a campaign to boycott DHC products after CEO Yoshiaki Yoshida’s use of the term “Chon” -- a racial slur for Koreans -- came to light earlier this month.

“By selling DHC products, they are supporting the business of an openly racist company,” Tommy Hasegawa, the leader of student-led anti-discrimination group Moving Beyond Hate, told The Korea Herald.

Moving Beyond Hate is among the activists urging corporations to cut ties with the cosmetics brand.

“Companies in the US and UK that sell DHC products and engage in any form of business with DHC should cut ties with them since this clearly violates the principles held by many of these companies, that they will not engage in business that is discriminatory or infringes human rights,” Hasegawa said.

Beauty retailers Target and Superdrug in the US and UK, which currently sell DHC products, have taken a stand against racism on social media and on their websites.

The companies did not respond to The Korea Herald‘s requests for comment.

In a post on DHC’s website in November, Yoshida attacked its rival Suntory as “Chontory,” as he accused Suntory of featuring too many Korean Japanese models in commercials.

“DHC is a pure Japanese company regarding everything including celebrities we hire,” he said.

His comments face growing backlash on social media where calls for a boycott continues.

On Monday, Kyodo News reported that civic group Korea NGO Center had asked the city of Osaka to look into whether Yoshida’s post violates the city’s ordinance against hate speech.

Though municipal governments have passed ordinances, Japan, like South Korea, does not have a comprehensive anti-discrimination law.

“There is no anti-discrimination legislation in Japan, though it has defamation law. While municipal governments such as Kawasaki have an ordinance against hate speech, calls to criminalize hate speech have clashed with Japan’s constitution, which guarantees freedom of expression,” said professor Yang Kee-ho, who teaches Japanese studies at Sungkonghoe University.

Discrimination against ethnic Koreans in Japan, also known as Zainichi Koreans, has a decadeslong history. But relations between the two countries took a hit in recent years over Japan’s wartime atrocities against Koreans, inclulding the issues of forced laborers and “comfort women” -- a euphemism for Korean victims forced into prostitution at front-line brothels for Japanese troops before and during World War II. 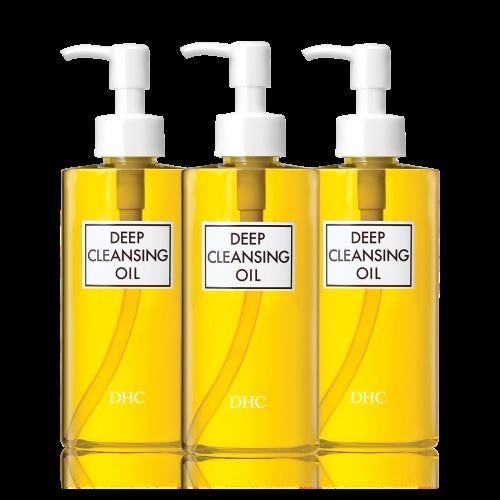 Last year, beauty suppliers in South Korea including Olive Young decided to cut ties with the brand after DHC Television -- a YouTube channel and a DHC subsidiary -- aired comments from panelists racially insulting Koreans. A petition was also launched on Change.org calling on the company to apologize, racking up over 14,000 signatures.

Hasegawa said the problem is bigger than DHC itself.

“Often, when people, even in high positions make racist or discriminatory remarks or engage in discriminatory policy (in Japan), even when they are denounced as ‘discriminatory,’ the people who engage in these actions are hardly ever held responsible.

“As a result, they do not need to show a clear anti-racist or discriminatory stance, which means that these incidents are repeated again and again,” he said.

Professor Yang said Japan is in the process of coming to face problems related to racism.

“Unlike the US or Europe, Japan didn’t have to think hard about issues such as racial and religious discrimination. Now the country is at a transitional period where awareness is being raised and spread. For now, continuing efforts to hold people accountable through boycotts or lawsuits is the way forward,” he said.