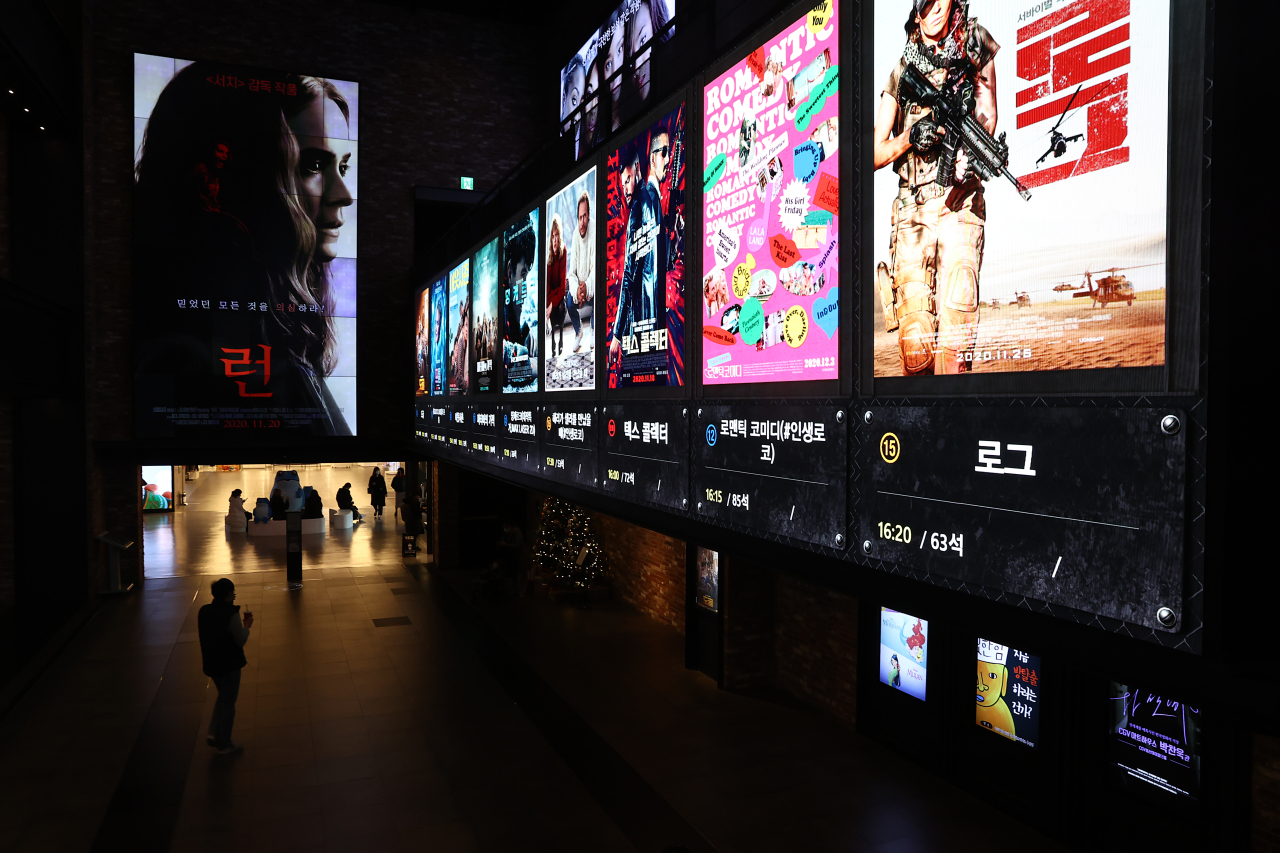 A man walks past movie posters at a cinema in Seoul on Dec. 7. (Yonhap)
The number of South Korean companies that have suffered credit rating downgrades has reached its highest level since 2016 as the COVID-19 pandemic has taken a toll on their finances this year, industry data showed Monday.

The debt ratings of 39 companies have been cut down by more than one of the three local credit rating agencies -- Korea Investors Service, NICE Investors Service and Korea Ratings Corporation -- as of Thursday, according to data compiled by Yonhap Infomax.

In 2016, the figure topped 50 in the wake of restructurings of shipbuilding, shipping and construction companies that struggled from sluggish market conditions.

Credit ratings of major refiners SK Energy and S-Oil were downgraded by one notch from AA+ to AA. Hotel Lotte and Hotel Shilla saw their ratings lowered from AA to AA-.

SK Energy posted 15.73 trillion won ($14.34 billion) in sales in the third quarter, down 36 percent on-year as the profitability of its mainstay refining business worsened over lower demand for global trade and shipping. It also saw a rise in debt-equity ratio to 266 percent from the mid-100 percent range between 2015 and 2019.

CJ CGV, a local multiplex cinema chain, was one of the six companies that suffered credit rating downgrades twice during the cited period.

Some experts expect further rating cuts on companies over virus resurgence that cause business disruptions.

Amid lingering uncertainty, credit rating agencies, however, have been cautious about cutting ratings. Instead, they appear to have given a negative outlook for firms.

NICE Investors Service, for instance, has granted negative ratings outlooks to 70 local companies and positive outlooks to only 13.

“It doesn’t necessarily mean that companies with negative outlooks will be downgraded, but it signifies that downward pressure on credit ratings will be strong next year,” said Yoo Wan-hee, vice president and senior credit officer at Moody‘s.