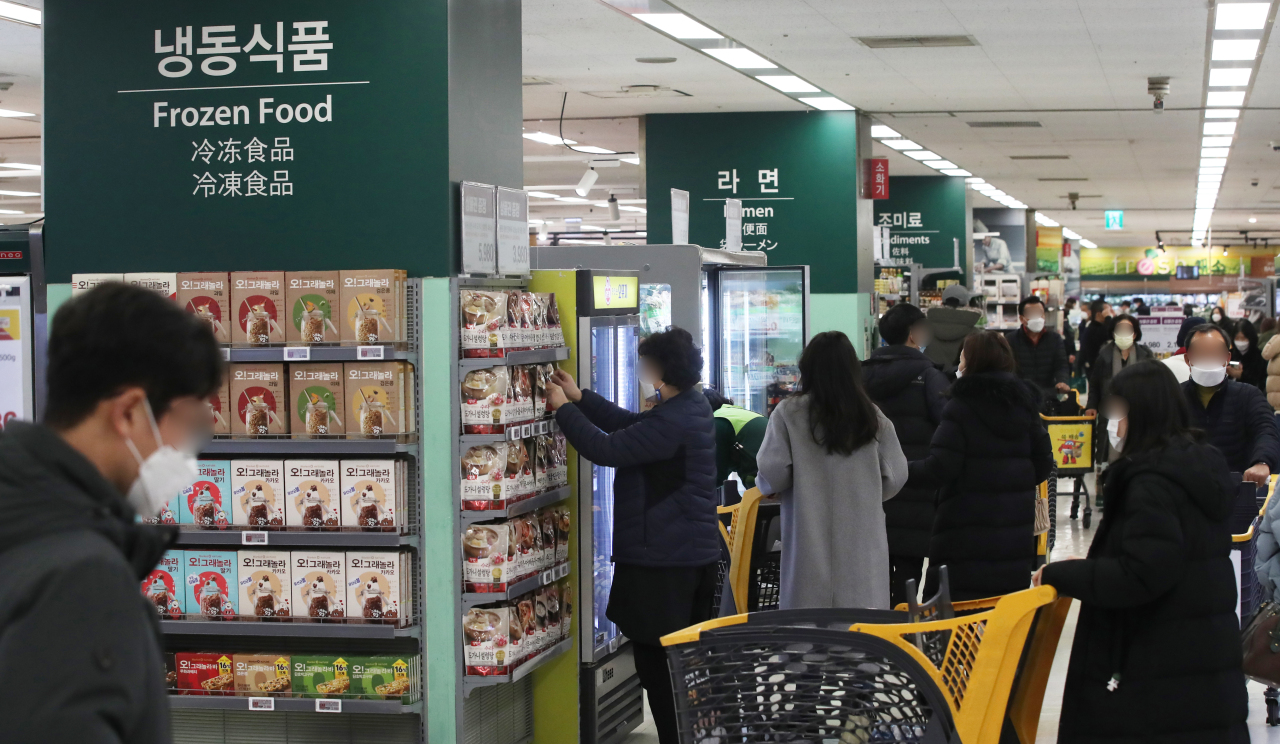 Supermarket in Seoul (Yonhap)
Around 30 percent of the COVID-19 relief funds universally handed out by the government in May were spent to boost sluggish domestic consumption, with the rest used for debt payments or savings, a state-run think tank said Wednesday.

According to a report released by the Korea Development Institute, some 4 trillion won ($3.65 billion) has been spent through credit and debit cards, accounting for between 26.2 percent and 36.1 percent of an estimated 11.1 trillion to 15.3 trillion won granted by the central and provincial governments as a means to cushion the economic blow of the novel coronavirus pandemic.

Funds distributed via coupons and prepaid cards were excluded from the statistics due to difficulty in tracking the spending.

“Except for 30 percent which led to consumption, the remaining 70 percent was used for household debt repayment or savings for future consumption,” KDI researcher Kim Mee-roo said.

The report is the result of the think tank’s research on the economic impact of the country‘s first round of relief cash given to every adult citizen in May. The country handed out a second round of COVID-19 relief money in September to mom-and-pop shops and self-employed businesses in dire need. The third batch of relief money is to be doled out in January to support the small businesses most affected by social distancing measures.

The effect that the country showed is similar to or greater than those yielded by other cases overseas, the KDI said. For instance, 24.3 percent of coupons handed out by the Taiwanese government in 2009 were spent to boost consumption.

The disaster relief had a positive impact on sales of semidurable goods and essential goods, but were not able to reach in-person service providers that have been hit hard by the pandemic.

Compared to sales before and after the distribution of disaster relief funds, sales of clothing and miscellaneous goods increased 11.2 percent on-year, after plummeting 17.8 percent.

Revenue in the travel sector, on the other hand, struggled to rebound. It saw a 61.1 percent year-on-year slump before the funds were distributed and a 55.6 percent drop afterward.

“There’s a limit to expanding the revenues of businesses that experienced substantial losses due to the virus, such as tourism and face-to-face customer service companies, by offsetting household income losses via relief funds in the midst of the pandemic,” the think tank said.