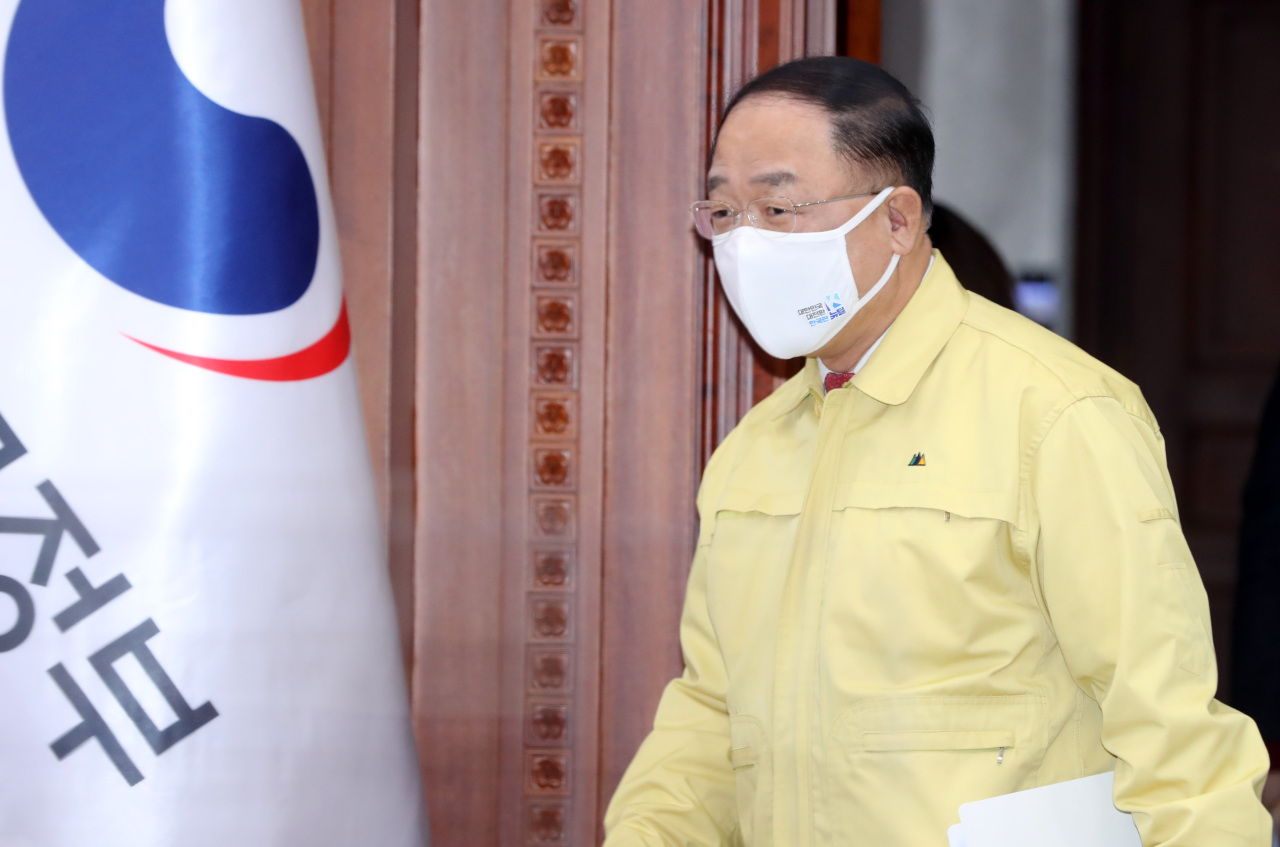 With the first batch to start in March, the government is looking to raise 4 trillion-won commitments in the first year of the five-year scheme, Finance Minister Hong Nam-ki, who doubles as deputy prime minister, said in a pangovernmental meeting held at Seoul Government Complex.

He added the government will kick off its process to select external partners to manage the feeder funds before year-end.

“The government has set the groundworks in earnest, such as the New Deal investing guideline, in order to create a 20 trillion-won policy fund by 2025 and raise 4 trillion won by 2021,” Hong said at the meeting.

“We are putting the finishing touches on our plans to establish the funds starting March next year.”

Hong added that under the plans up to 30 percent of the fund will go to infrastructure assets tied to the nation’s New Deal policy.

On the other hand, at least 70 percent will be allocated to companies dedicated to technologies such as big data, the 5G network and artificial intelligence, as well as to companies looking to scale up by financing their mergers, acquisitions, research or development.

As for schemes to encourage more private sector engagement in the fund, Hong said the government will allow external partners’ long-term management of feeder funds -- for up to 20 years.

Hong added the state investment will be likely to be sitting in the lower rank of capital structure, bearing greater risks. Also, up to 45 percent of each feeder fund will be backed by the government, but the figure may vary depending on the risks.

Hong also called on Korea’s retail investors to participate in the megafund initiative, saying they are open to indirectly investing in structured funds worth a combined 140 billion won in 2021.

The news came after the Moon Jae-in administration first unveiled the concept of the 160 trillion-won Korea New Deal initiatives in July to boost digital transformation and adopt renewable energy. Plans to create the Korea New Deal fund for financial support were first announced in September.

Meanwhile, during the meeting Hong pledged to protect 7.3 million more employees under its employment insurance program in six years by 2025. Under the new scheme, those who are not hired under a conventional employer-employee contract -- such as freelance truck drivers, door-to-door sales workers, delivery workers, webtoonists or translators -- would be covered by state insurance.