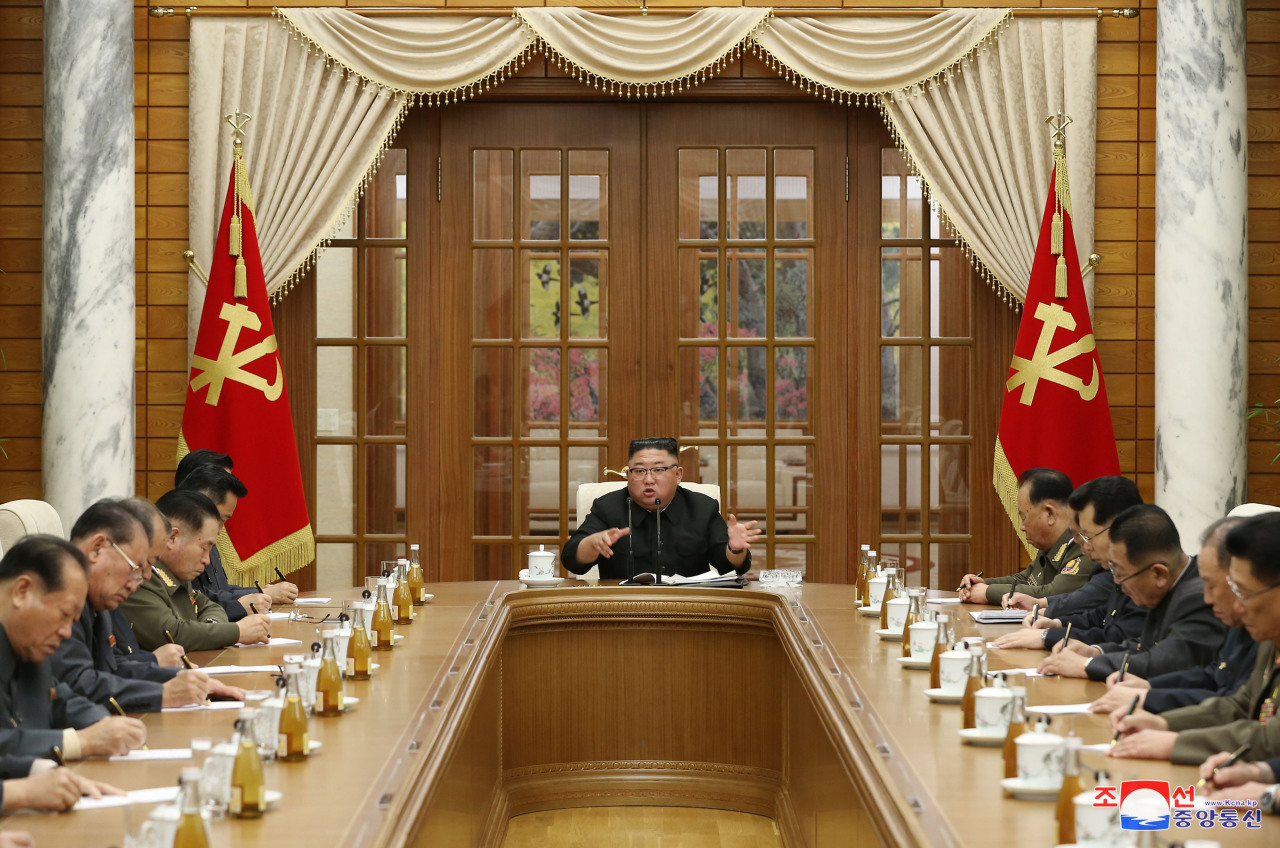 North Korean leader Kim Jong-un chairs a politburo meeting, Nov. 30, 2020. (KCNA-Yonhap)
North Korea is stepping up efforts to hold back the coronavirus, but the isolated regime will see its people vaccinated in early 2022 at the earliest, market data firm Fitch Solutions said in its latest report on global vaccine distribution.

The report categorized countries in the Asia-Pacific region into three groups. Groups one and two will get vaccinated by June and September next year. Group three, with North Korea and eight other countries including Mongolia and Brunei, will secure vaccines by February 2022.

China and Japan were in group one, while South Korea was placed in the second group.

North Korea has not been reported to have made advanced purchases from either Moderna or Pfizer. And the cash-strapped regime lacks resources not only to buy vaccines, but to distribute them, the report said.

Earlier this month, People’s Vaccine Alliance, a coalition including Oxfam, Amnesty International and Global Justice Now, estimated 67 low-income countries including North Korea will only see 10 percent of their population vaccinated by next year.

Pyongyang, which still claims zero cases of COVID-19, reiterated Wednesday that it will continue to forge on with “efficient systems” to combat the pandemic. This week, the regime reported to the World Health Organization that 10,960 residents had been tested so far, and none had tested positive.

South Korean Foreign Minister Kang Kyung-wha joined experts skeptical of the North’s claim in describing it as “hard to believe” during a recent interview with CNN.

North Korea is seen as trying to rally people behind its leader Kim Jong-un amid the pandemic, as he readies to roll out a major economic initiative in a January party congress.

Pyongyang has rejected Seoul’s offers to share vaccines and to work together to ride out the coronavirus.