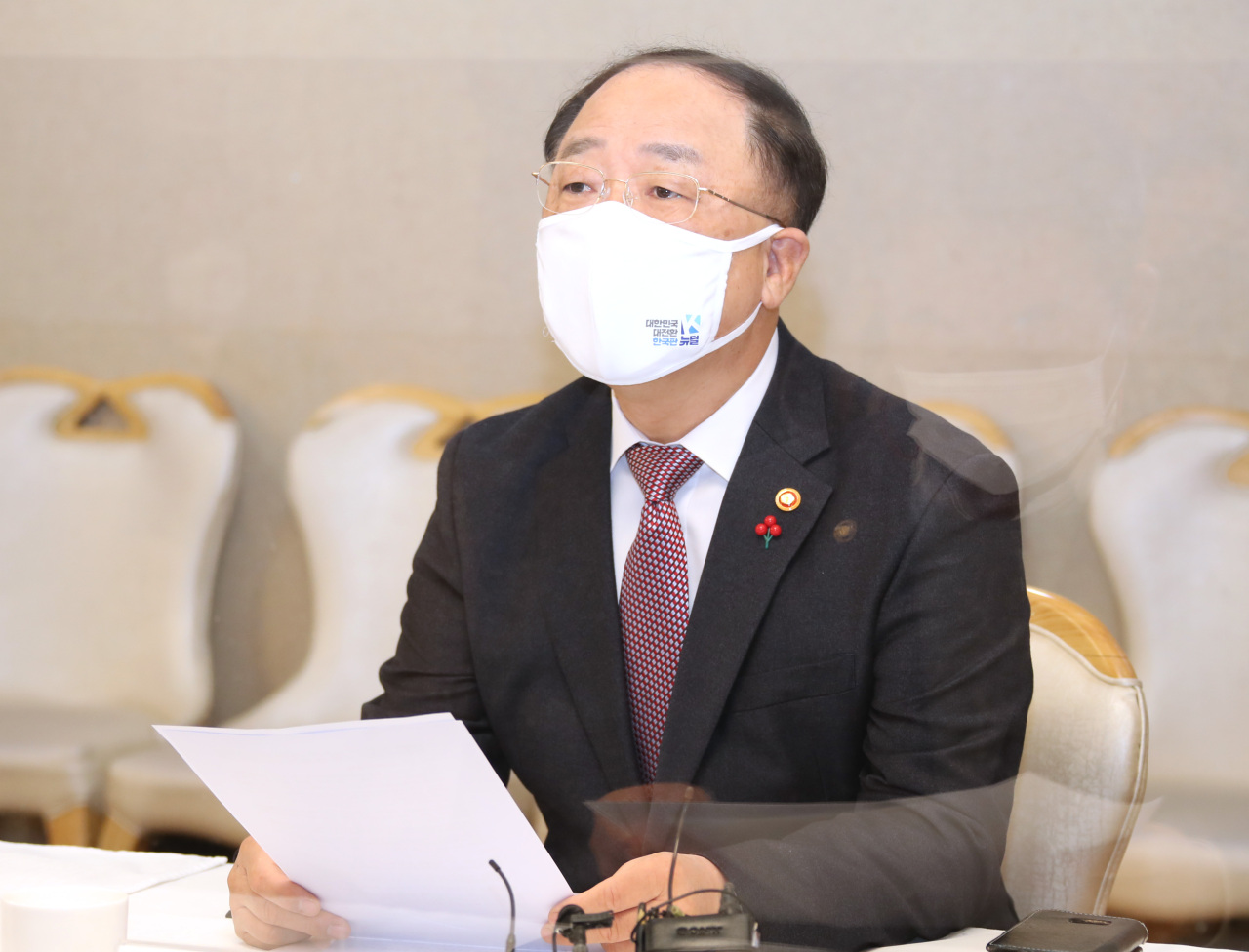 Finance Minister Hong Nam-ki speaks during a meeting on the real estate market with the chiefs of related ministries at the Seoul Government Complex, Tuesday. (Yonhap)

Finance Minister Hong Nam-ki said Tuesday that the government will provide 460,000 housing units next year, while strengthening monitoring on manipulation attempts in the real estate market.

“If the plan is implemented without any hitches, we expect it will help stabilize the market as (we are set to) supply more new homes than the average amount,” Hong said during a meeting on the real estate market with the chiefs of related ministries at the Seoul Government Complex.

Of the 460,000 housing units planned to be provided in 2021, apartments, the main source causing the spike in housing prices due to high demand, will take up the lion’s share at, 319,000 units.

Hong apologized over measures that have fallen short of curbing home prices effectively. The government has been under fire for leaving the market confused over its extensive housing regulations -- with 20 rounds of measures announced in the last three years.

“Although we have been actively promoting measures to balance supply and demand and stabilize the market this year, we are saddened that the market stability has not yet been settled in the process of establishing new systems,” he said.

However, the upward trend in the prices of two-year contract-based rental homes, called jeonse, has been showing signs of easing, he said.

“In the case of the jeonse market, existing unstable factors such as the increase in the number of households have been persistent. But ease of demand for moving home has led to a partial reduction in prices and has pushed up the number of jeonse available on the market,” he said.

The government’s stern actions against manipulation attempts will remain in place next year.

In a massive crackdown on real estate market disturbance cases conducted by the Ministry of Land, Infrastructure and Transport and the Korean National Police Agency, 1,804 people have been indicted. They have been charged with 120.3 billion won ($108.6 million) in tax evasion.

“We will continue to respond strictly to market manipulation next year by strengthening the capacity of a response team for illegal activities in the housing market,” Hong said.