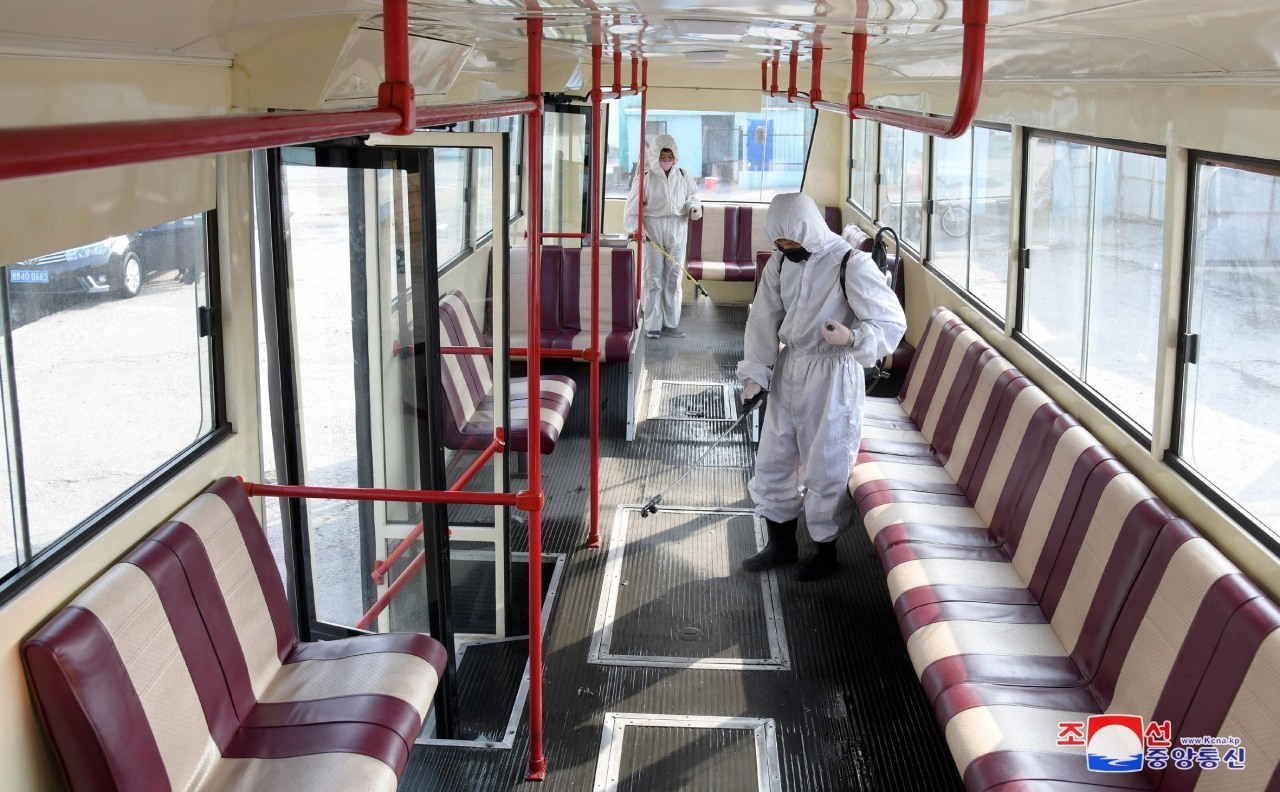 An official disinfects a bus amid the coronavirus pandemic. (KCNA-Yonhap)
North Korea reported zero confirmed cases of COVID-19 despite having 10,960 people tested by early December, the World Health Organization said on Monday.

According to the WHO’s regional situation report on the pandemic, North Korea had 791 people tested between Nov. 27 and Dec. 3, and 766 from Dec. 3 through Dec. 10, and all of them tested negative.

A total of 21,586 samples from 10,960 people in the country were tested with reverse polymerase chain reaction (RT-PCR) at an interval of 10 days, and all were found negative for COVID-19, WHO said in the report.

The WHO said earlier that, of the 10,164 people tested as of Dec. 3, some 4,445 were cases of Severe Acute Respiratory Infection or influenza-like illnesses and people who developed fever during their quarantine period, and the remaining were health workers deployed at quarantine stations and involved in sample collection and testing.

A total of 33,223 persons were released from quarantine in North Korea by Dec. 3.

As all points of entry into the country remain closed, the WHO said its operations support and logistics team is seeking to store items either at the WHO warehouse in Dubai or in China.