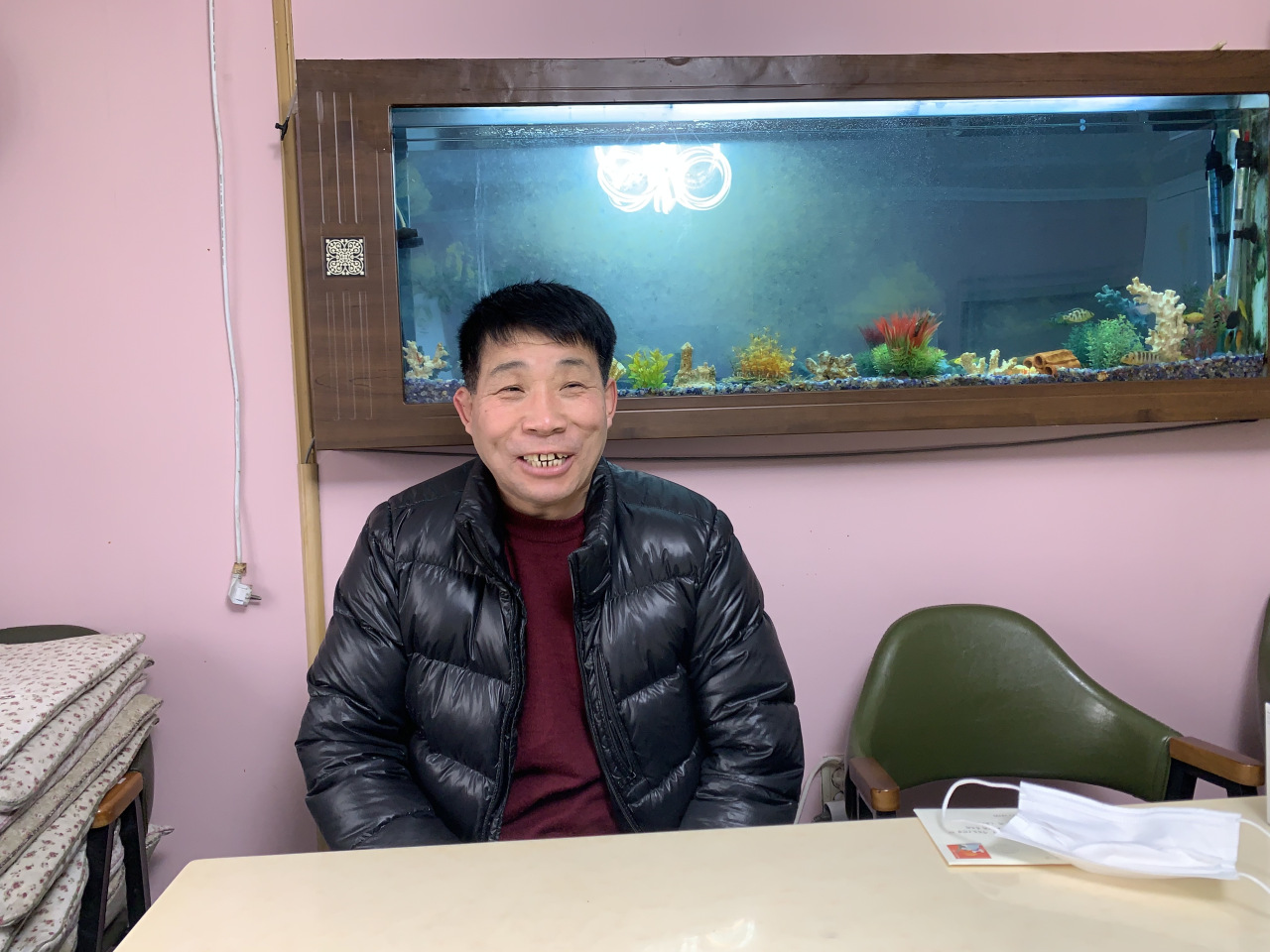 Yun speaks to The Korea Herald at a home for ex-convicts in Cheongju, North Chungcheong Province, Saturday. (Kim Arin/The Korea Herald)
CHEONGJU, North Chungcheong Province -- Yun Sung-yeo, 53, served two decades behind bars for the rape and murder of a child until he was released on parole in 2009. On Thursday, the court overturned his conviction after an infamous serial killer confessed to the crime.

“You know in your heart you didn’t do it. But no one else really believes you. Now, my family and I don’t have to live in shame,” he told The Korea Herald at a home for newly released inmates in Cheongju, South Chungcheong Province, Saturday.

“My hope is that there won’t be more people like me. But there will be, because the system is not perfect. People who have the power to convict other people should always remember that.”

The police, the prosecution and the court have all apologized to Yun for the miscarriage of justice. That in itself is historic, but there was no apology from the officers who were directly involved, he said, a handful of whom were summoned to appear at his retrial.

None admitted to the acts of brutality that had forced a false confession from him, nor to fabricating evidence to have him falsely accused -- despite the evidence unearthed over the course of the retrial. Two gave what Yun called a “60 percent apology.”

“They said they recognize the possibility of such an event having taken place. So that is somewhat of an admission,” he said.

Among them was the chief of the investigative bureau of the police department at the time, Yun said. “I remember him and what he did. But he said he doesn’t recall anything.”

At the time, police claimed he had jumped over a wall to break into the victim’s house. Yun, who stands 1.6 meters tall, has a limp in his left leg from polio.

Yun says he was beaten, starved and kept awake for three days before he was coerced into confessing to a crime he did not commit. He was told he would get the death penalty if he didn’t confess. He was 21.

The trauma is still fresh more than 30 years on, he said. Even now he shrinks at the sight of police, although he knows he did nothing wrong, he says.

“Sometimes I would have nightmares and my roommate would wake me up, concerned, and tell me I was shaking or screaming,” he said.

The panel of judges on the Suwon court, pronouncing him not guilty, said Thursday, “We hope this sentence will help the defendant recover his honor.”

That was all he had wished to hear, for a long time. “I feel like a massive weight has been lifted from my shoulders. It was the best day of my life.”

For the past year, since the court granted him another trial, he said he had lived with anxiety.

“I told myself not to get my hopes up, because I thought maybe something could go wrong at the last minute,” he said, adding that he believed he was fortunate to get a new trial and to be acquitted.

“I didn’t dream of it before the new evidence came along last year. Then I met incredible lawyers who were interested in my case. They offered to help me. So for all that I am thankful.”

Last year, in an unexpected twist, police announced that a new forensic analysis had matched a man named Lee Chun-jae to at least four murders in Hwaseong, Gyeonggi Province -- part of a series of slayings that occurred through the 1980s and the early 1990s. When police found him, Lee was already in prison for the 1994 rape and murder of his sister-in-law.

Lee told profilers over 52 interviews spanning months that he had raped and killed 14 girls and women in what was the country’s most notorious unsolved serial murder case. He also confessed to killing the 13-year old girl for whose murder Yun had been sentenced to life in prison. Yun was the only person to ever be convicted in any of the killings.

Lee agreed to appear as a witness at the retrial hearing last month, where he said he, not Yun, was responsible for the young girl’s death.

“I was relieved and also grateful that he told the truth when he didn’t have to,” he said.

In the rural town where they both grew up, Lee lived less than a block away from Yun. Lee’s brother and Yun were best friends as kids. “We were neighbors with a lot of mutual friends. I still hear stories about Lee’s grandchild,” he said.

Once the coronavirus outbreak dies down and it is safe to travel, Yun said, the first thing he would do is to go visit his mother’s grave. “I want to tell her that her son is blameless,” he said.

Yun’s mother died in a car crash when he was just a third grader in primary school. His father gambled away all of the money the family got as compensation for the accident, as well as their home. He moved to Hwaseong to live with a distant relative at 13. Soon after that, he had to quit school and start making a living.

To this day, she is the person he misses the most, he said.

As for the money he would be getting in damages, he said he was indifferent. “No amount of money can bring back all the years and the life I lost,” he said.

He said he has forgiven Lee, as well as the police officers who tortured him.

“I had to make peace with the past and the people who wronged me, and accept the fact that some things can’t be changed so that I can move on,” he said. “But if I were in the position to question Lee, I want to ask him why he did it.”

Asked about his plans for his life post-exoneration, he said he didn’t see much changing. “I will still go to work on weekdays and church on Sundays. I just want a normal life, like everybody else.”