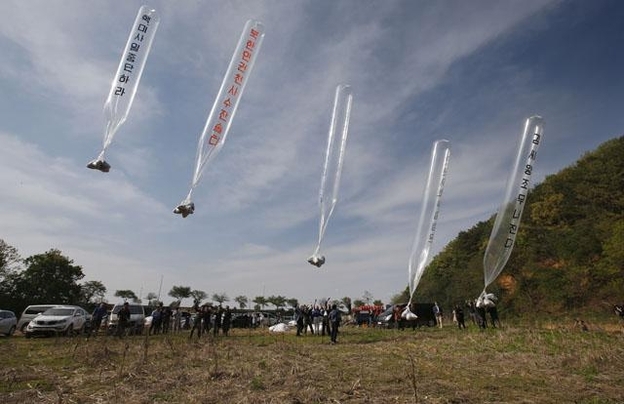 The US Congress is reportedly set to hold a hearing on January to discuss South Korea’s recent passage of a bill that penalizes activists sending anti-Pyongyang leaflets and other materials across the border, amid an escalating backlash from Washington and international human rights groups that Seoul is undermining free speech.

The Tom Lantos Human Rights Commission, a bipartisan body in the House of Representatives that promotes, defends and advocates human rights, is set to convene a hearing on the issue when the new session begins in January, according to the Voice of America on Friday, in what would be the first congressional move in Washington regarding Seoul’s legislation.

The issues discussed during the session expected to include the anti-leaflet law, as well as other humanitarian issues concerning North Korea.

Earlier, Chris Smith, a Republican lawmaker who co-chairs the Tom Lantos Human Rights Commission, has expressed concern on the bill as “inane legislation criminalizing humanitarian outreach, condemning as “ill-conceived (and) frightening in its implications for democracy and liberty.”

The Unification Ministry, in charge of inter-Korean affairs, declined to comment on the report, but added that it would continue to communicate with Washington and international society regarding the bill.

On Monday, the National Assembly, controlled by the ruling Democratic Party of Korea, voted to amend the Development of Inter-Korean Relations Act. The gist of the revision is to impose punishments of up to three years in jail or fines of up to 30 million won ($27,000) on those distributing propaganda leaflets, goods, money and other items of value into the North.

On backing the legislation, the ruling party and the South Korean government said it was necessary for the security of residents living in the border area, against any possible provocation from the North that could arise due to the propaganda leaflets.

In June, Pyongyang demolished a joint liaison office over the anti-NK propaganda leaflets. Also in 2014, the two Koreas exchanged fire across their heavily armed border, after the North attempted to shoot down balloons distributed by South Korean activists, which carried propaganda leaflets condemning the reclusive regime.

The amendment, however, sparked a backlash from conservative politicians in Washington and Seoul, as well as international human rights groups, denouncing the move as a violation of the freedom of expression and blocking already scant access of information in the North. They also accused Seoul of caving into pressure from Pyongyang’s threats over the leafleting, in a move to improve ties with the regime as part of Moon’s engagement efforts.

Rep. Michael McCaul, the Republican leader on the House Foreign Affairs Committee, earlier released a statement, raising concern on the freedom of expression.

“Freedom of expression is a core democratic value and bipartisan majorities in the US Congress have long supported efforts to make outside information available in North Korea’s closed dictatorship,” he said. “A bright future for the Korean Peninsula rests on North Korea becoming more like South Korea -- not the other way around.”

US Deputy Secretary of State Stephen Biegun had “privately conveyed” the US government’s concern about the bill before its passage during his trip to Seoul last week, according to the Washington Post on Thursday.

South Korea’s Foreign Ministry on Friday declined to comment on the report, but added that its mission in Washington had been communicating with the US on Seoul’s new legislation.

Foreign Minister Kang Kyung-wha also defended the bill during an interview with CNN on Thursday, saying freedom of expression was not “absolute” and could be limited if it threatened people’s security.