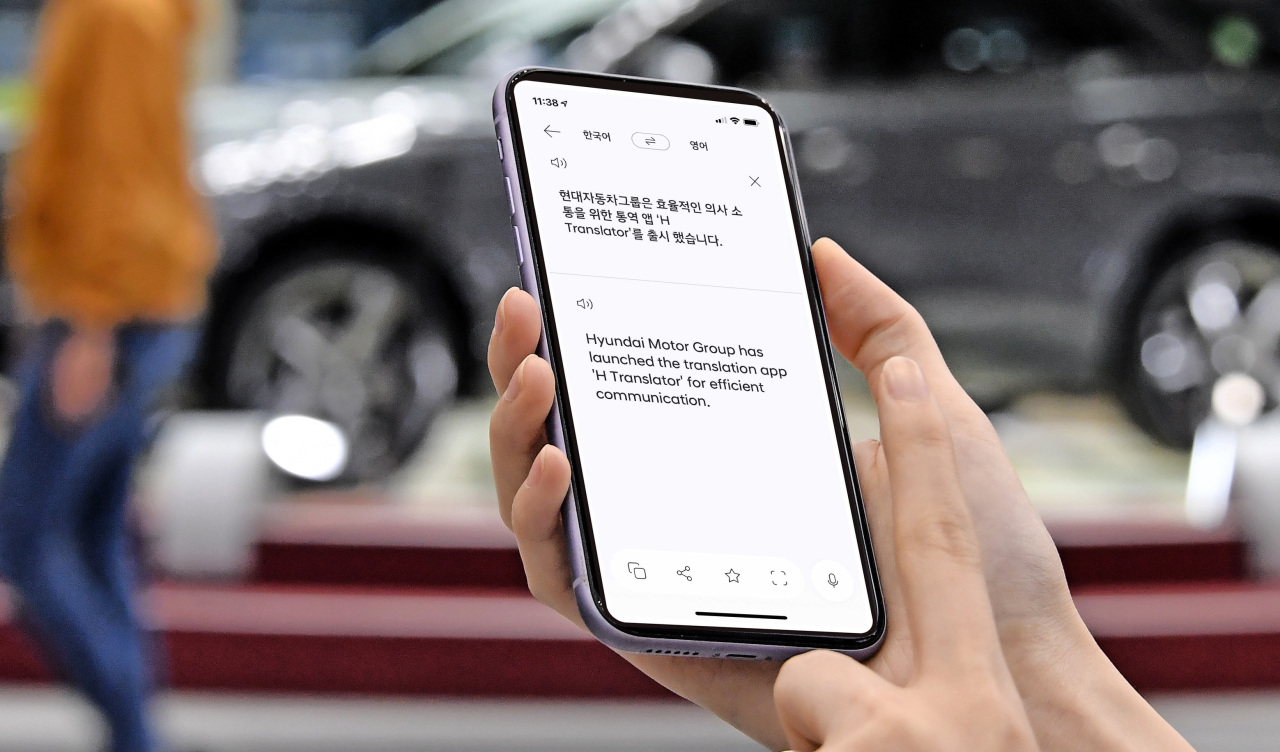 Dubbed the H-Translator, the app is based on artificial neural network (ANN) algorithm and is specialized in the automobile industry, the South Korean automaker said.

Hyundai explained that it has come to develop the translator to support timely communication and strengthen work efficiency, as the company has been actively recruiting foreign employees.

According to Hyundai, the H-Translator is not only capable of translating written text, but also recognize writing from images.

It is also capable of translating conversations on online chat rooms, allowing its employees in different countries to communicate in two different languages instantly, the company said.

Hyundai started to work on the ANN algorithm-based machine translation in 2019.

The company said its technology has proved of its quality, as it placed in the first rank in all of the five contests of patent translation of the Workshop on Asian Translation last year.

“We will not only continue to advance related ANN-based machine translation technologies, and expand the number of languages for translation, but also plan to feature these technologies to wearable devices,” a Hyundai Motor Group official said.

According to Hyundai, the H-Translator is an updated version from the company’s web-based translation system, developed by AIRS Company, applied for their internal network in November.

AIRS Company was established as a division for artificial intelligence technology for the automotive firm in 2018.