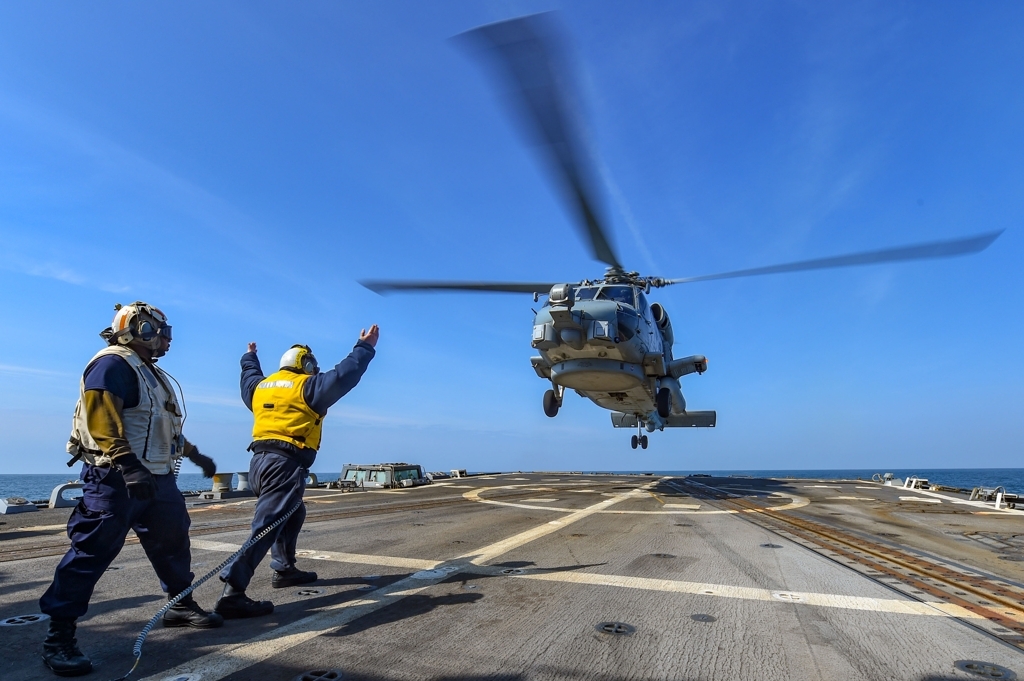 South Korea will sign a contract with the Lockheed Martin Corp. subsidiary this year for the 960 billion won ($878 million) project to purchase maritime choppers to boost the Navy's detection and attack capabilities against enemies' vessels and submarines, according to the Defense Acquisition Program Administration.

The decision was made during a defense project promotion committee meeting.

A total of 12 Seahawks will arrive here by 2025 in phases, an agency official said.

The 19.76-meter-long and 5.1-meter-high chopper with the maximum cruising speed of 267 kilometers per hour can handle multiple missions, including operations of warfare, search, rescue, and medical evacuation. (Yonhap)