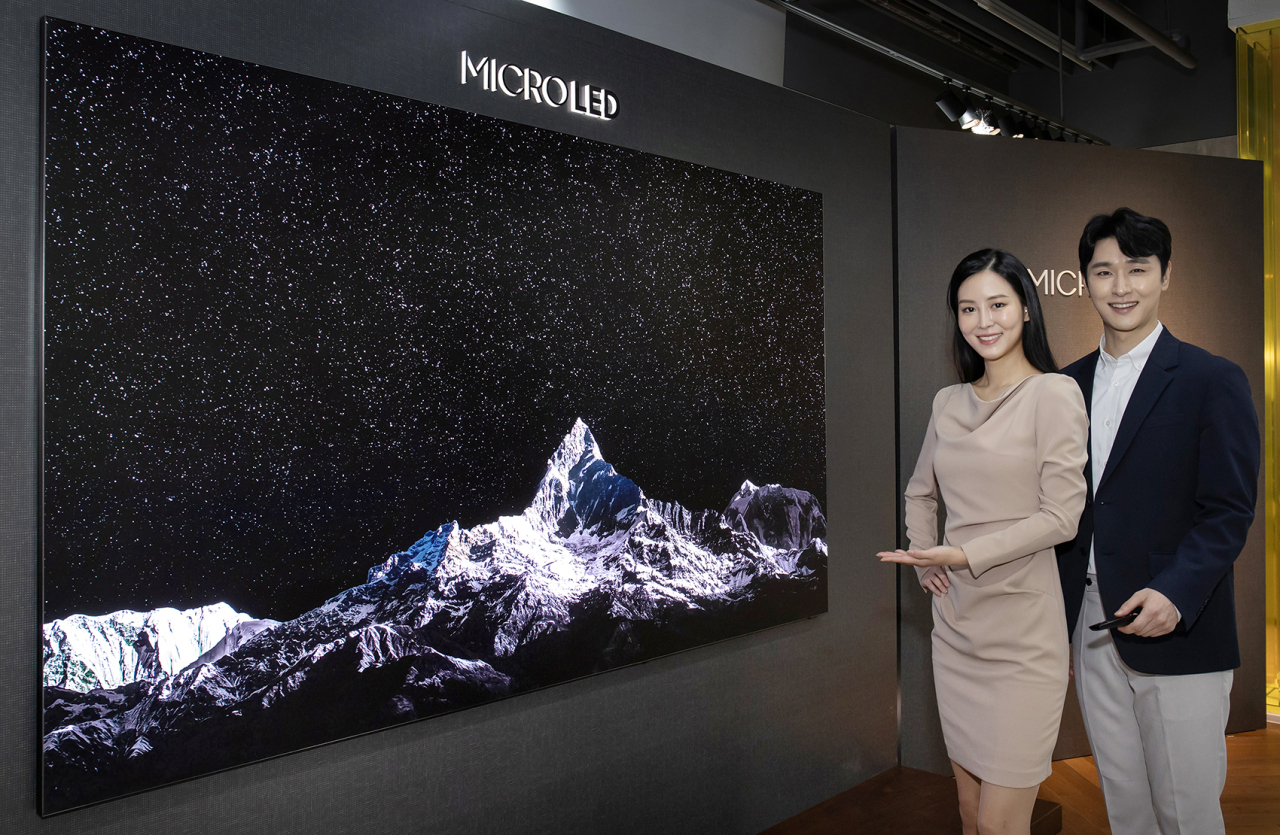 Samsung Electronics on Thursday unveiled the first MicroLED screen for home use, announcing its push for a whole new category of home entertainment.

In an online press conference, the South Korean TV manufacturer showcased the new 110-inch MicroLED model, with a retail price tag of 170 million won ($156,612) for the domestic market. It refuses to call the new display a TV, preferring “screen” or “display solution,” it said.

“As demand is rising for better home entertainment solutions amid the COVID-19 crisis, Samsung MicroLED could be the optimal solution that provides unrivaled picture quality and sound,” said Choo Jong-seok, executive vice president of visual display at Samsung.

Samsung introduced its MicroLED display technology first in 2018, providing screens of over 100 inches, known as The Wall, to businesses only.

Samsung has picked MicroLED as the next-generation display technology that will fill the highest-end lineup of its TV business.

Unlike conventional displays, the new model features a true self-luminous display technology that does not require backlights and color filters, the company explained.

More than 8 million micrometer-sized LED lights were used for the 110-inch model, with each one emitting both light and color. The tiny lights express 100 percent of red, green and blue, known as the RGB color gamut.

MicroLEDs provide lifelike color and can last longer than other large displays since they are made of inorganic materials, Samsung said. The lifespan of a MicroLED screen is 100,000 hours, and it eases concerns about image quality degradation or burn-in. 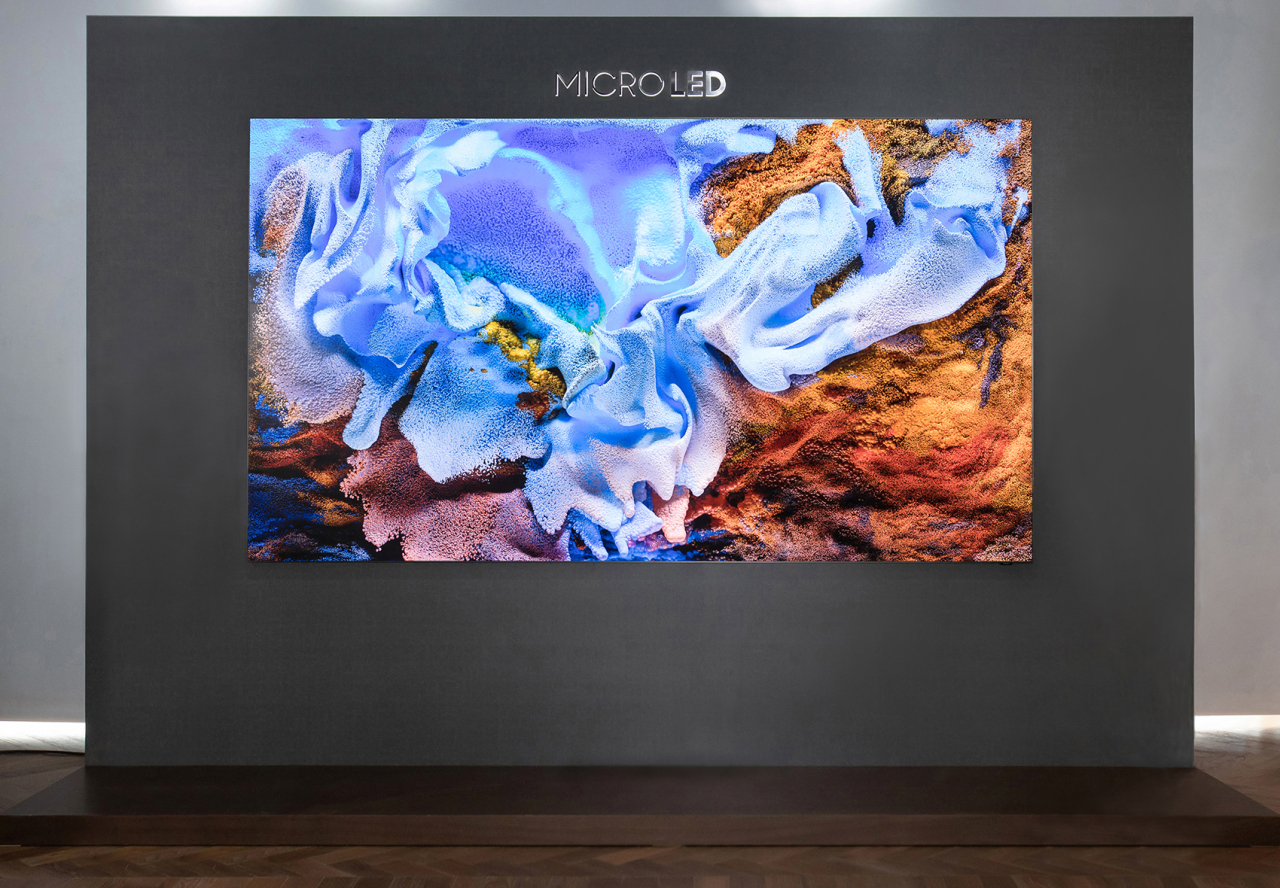 Next year, the company plans to expand the MicroLED lineup by mass-producing smaller screens for consumers at home.

Considering that demand for TVs larger than 75 inches is on the rise, Samsung is preparing to launch MicroLEDs in the range of 70 and 80 inches.

It is more difficult and requires higher-level technology to make MicroLED screens smaller. The lights need to be placed in a denser and more precise arrangement.

“The company has achieved the technology to mass-produce smaller sizes, owing to its mounting technology accumulated through its semiconductor business,” the company said.

According to Samsung’s plan for its 2021 TV lineup, MicroLEDs will be positioned as the highest-end category.

Samsung confirmed that it will introduce a new premium lineup called Mini LED on top of the current QLED TV lineup.

“At CES next year, we will announce upgraded QLED TVs and the new Mini LED lineups,” Choo said. “With the MicroLEDs, Samsung will create a whole new market for super-expensive products.”