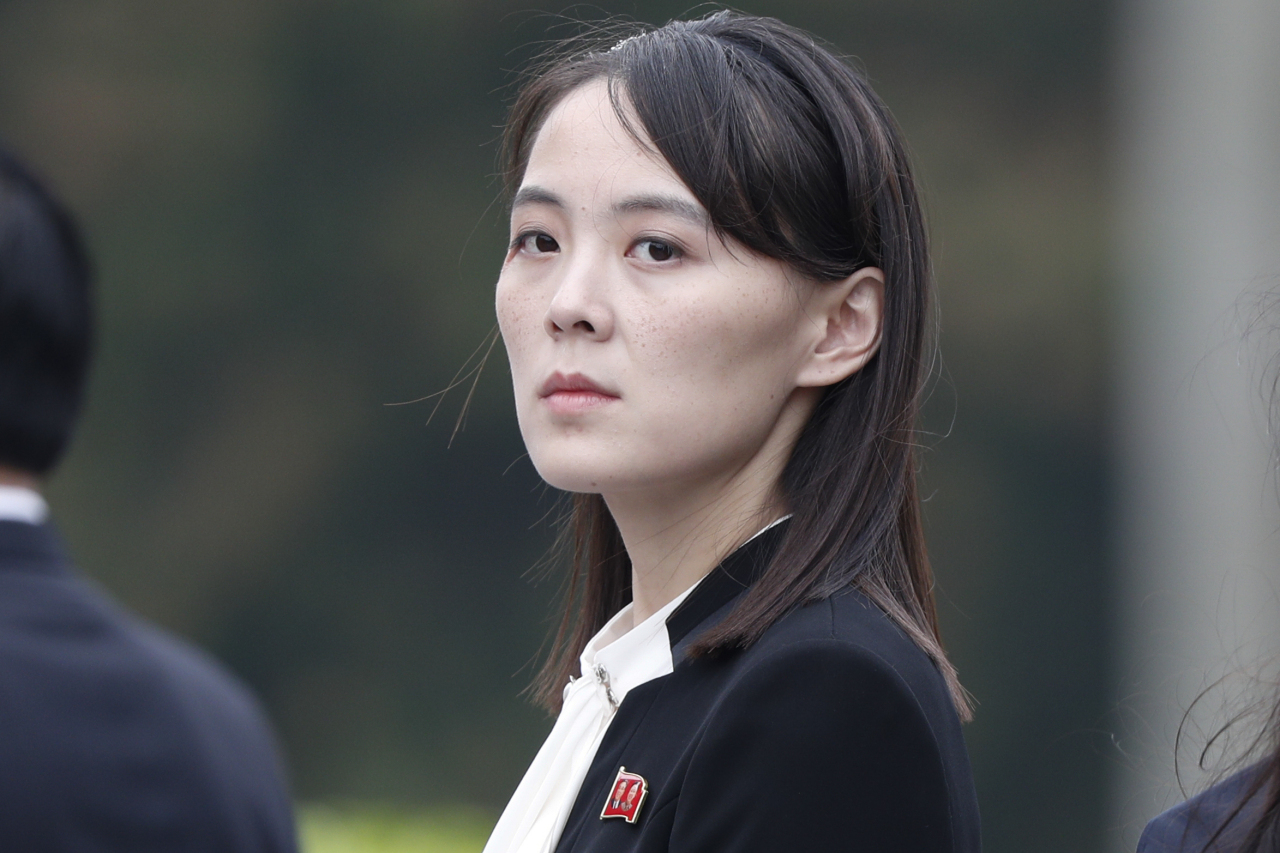 Kim was apparently responding to Kang’s remark delivered Saturday at the Manama Dialogue, an annual regional security forum held in Bahrain. Seoul’s top diplomat said that it was “hard to believe” Pyongyang’s claim of no COVID-19 cases, when the regime is “very intensely focused” on controlling the disease, describing it as a bit of an “odd situation.” She also said Pyongyang has not been very responsive to Seoul’s offer of help on jointly combating the virus.

“It can be seen from the reckless remarks made by her without any consideration of the consequences that she is too eager to further chill the frozen relations between North and South Korea,” Kim said in a statement carried by the official Korea Central News Agency.

“We will never forget her words and she might have to pay dearly for it,” Kim said.

While the North has repeatedly insisted it has zero coronavirus infections on its soil since early this year, the country remains on high alert over COVID-19 and has taken some of the most draconian measures anywhere to prevent the outbreak, including shutting down its border with China.

Last week, the state media said the North has imposed the highest level of emergency measures to prevent the coronavirus outbreak, suspending operation of some public facilities, including restaurants and public bathhouses, as well as restricting the movement of people in the capital.

Kang at the forum said the coronavirus pandemic had “made North Korea more North Korea,” in its “more closed, very top-down decision making process where there is very little debate on their measures in dealing with COVID-19.”

Kim’s statement arrived on the day when US Deputy Secretary of State Stephen Biegun, who doubles as Washington’s point man on North Korea, is holding talks with officials in Seoul on alliance issues and the stalled denuclearization diplomacy with the North.

The leader’s sister, who had taken center stage in attacking Seoul latey, has kept unusually silent for months, raising speculation on her whereabouts and status. Her statement Wednesday came nearly six months since June, when she threatened to destroy an inter-Korean liaison office -- which the North afterward followed through on -- and take military actions in anger over anti-Pyongyang leaflets sent from Seoul.