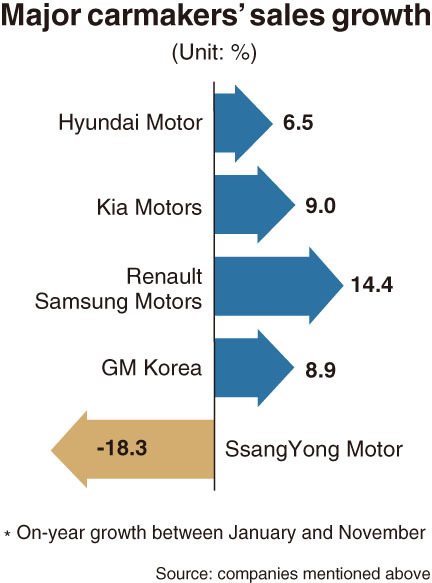 South Korean carmakers are forecast to notch their highest combined sales figures in 18 years, according to industry data released Sunday.

The country’s five finished automobile manufacturers sold a total of 1.47 million vehicles in Korea between January and November this year. The figure was up 6.2 percent from the same period last year.

If the trend continues, total sales will surpass 1.6 million vehicles at the end of the year. This would mark the highest total since 2002.

The combined sales volume of the Korean carmakers declined for three consecutive years from 2016 to 2019. Due to COVID-19, sales of domestically produced cars started rebounding this year. Hyundai Motor Company sold 719,368 cars, up 6.5 percent from a year earlier. Kia Motors sold 513,543 cars, a 9 percent increase from last year.