Back with new album “Breath of Love: Last Piece,” the seven bandmates, having participated directly in the creative process, expressed their hopes to continue growing as musicians with an unwavering mindset.

“I get more serious about music each time we release an album. Since it‘s the same as producing my output and leaving my trace, I think it’s obvious that I want the albums to be good,” said JB in a written statement released Thursday. 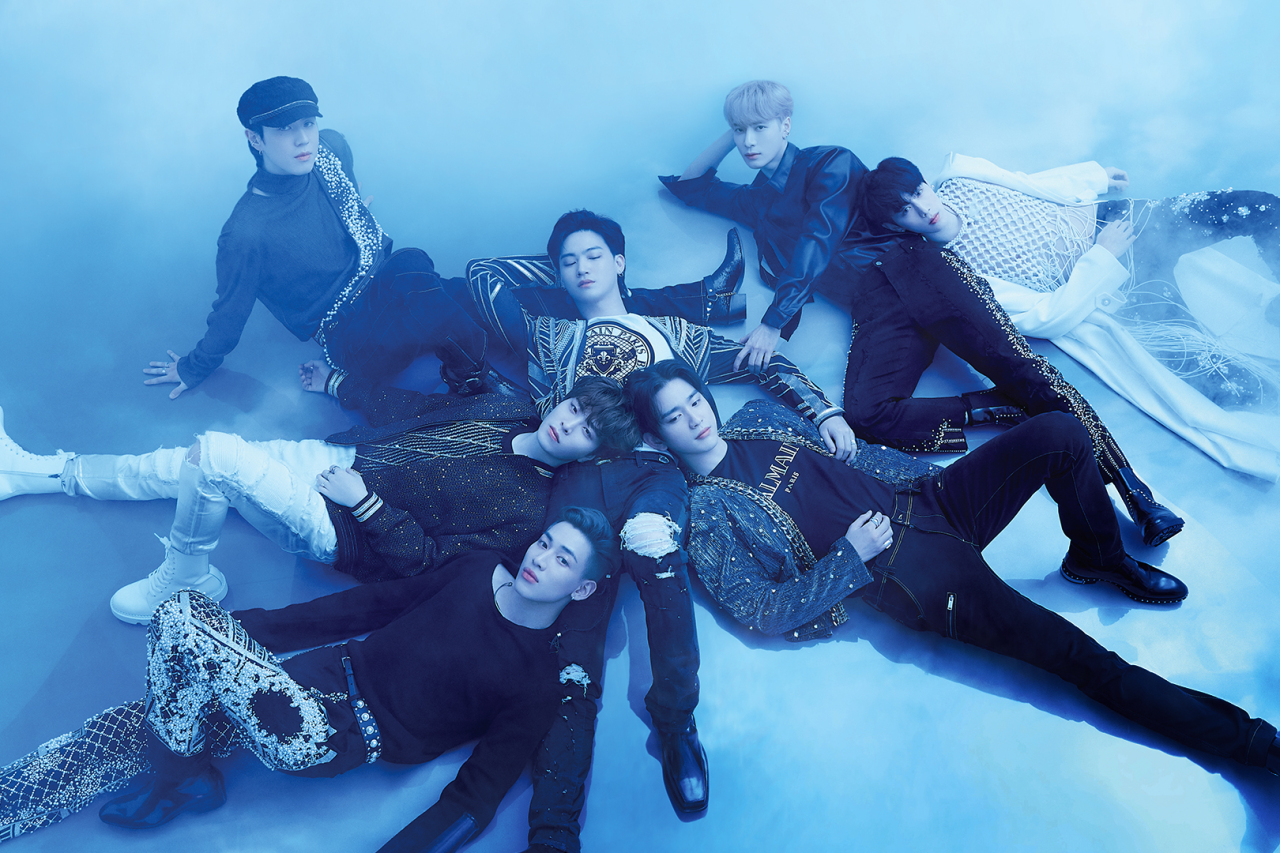 GOT7 (JYP Entertainment)
Released Monday, GOT7’s fourth full-length album “Breath of Love: Last Piece” features double lead tracks “Breath” and “Last Piece,” which were self-crafted by Youngjae and JB, respectively. The songs center on the group’s gratitude for their fans, citing them as the reason for their existence. “Last Piece” soared to No. 1 on the iTunes albums and song charts upon its release, while the music videos for both songs were the most trending videos around the world on YouTube on Nov. 25 and Dec. 1, respectively.

Upon the album’s commercial success, the bandmates emphasized the importance of maintaining a passionate attitude toward music, which has been the driving force during their entire career. All seven of the bandmates are credited as either composers or lyricists in the album, a testament to their growth as musicians.

“I don’t think how I think of music has ever changed. I always want to do my best and show the best version of myself, and it becomes a driving force for each album,” said Mark.

Jinyoung continued, “I do care about the output, but before everything, I think my priority is my mindset of working on the album. If I have confidence in myself, the way my result gets received also gets different.”

Youngjae also said, “I think my interest in music gets bigger each time. It’s more about wanting to promote my music, rather than the participation itself.”

The musicians went on to talk about musical topics and genres they’d like to tackle in the future.

“I’d like to talk about various things, such as various kinds of emotions, aside from love. It could be despair or euphoria,” said JB. Youngjae said he’d like to work on a ballad track that delivers a human story, while Jinyoung said he’d like to create a song that could bring him to the very beginning of GOT7. “I’d also like to try new things. If people could recognize my song just by its melody, I would be so happy,” said Yugyeom. BamBam teased fans meanwhile, saying there are a handful of unreleased songs in store that he couldn’t wait to unveil to them in the future.

GOT7 debuted under JYP Entertainment in January 2014 with its first EP “Got It?” which peaked at No. 1 on Billboard’s World Albums chart. The act released its 11th EP, “Dye” featuring lead single “Not by the Moon” in April, and debuted at No. 4 on the Billboard World Albums chart with its bestselling album to date.

“Just like our lead track’s title, our fans who support us are the reason we breathe,” said Jackson.

“I hope our fans could think ‘Oh, this group is getting ripe over time’ when they listen to our new songs,” Jinyoung added.