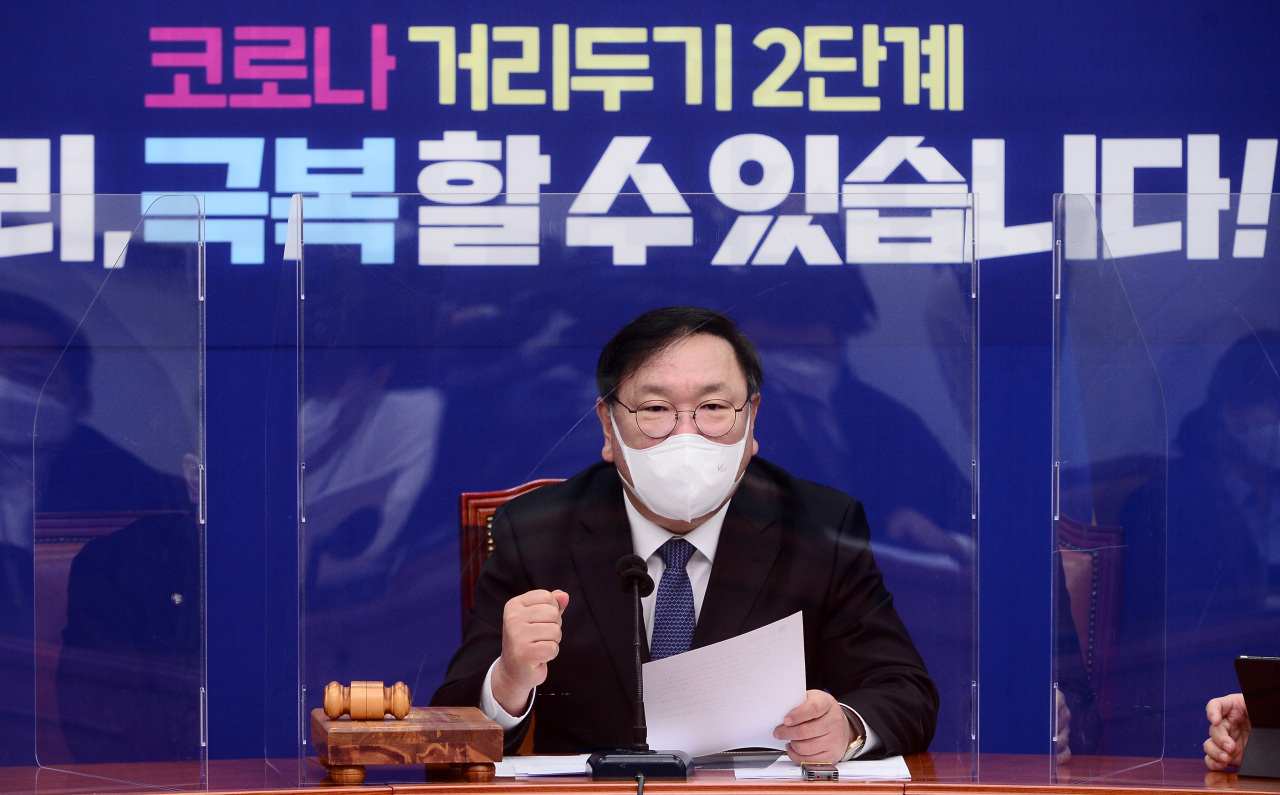 The bill is now headed for a legal review at the parliament‘s legislation committee before it reaches a final vote.

The party’s members of the Foreign Affairs and Unification Committee voted on the Amendment Bill for the Development of Inter-Korean Relations Act initiated by Rep. Song Young-gil, who chairs the committee.

Lawmakers of the main opposition People Power Party and minor People’s Party walked out of the meeting in opposition to the bill.

The revision, if endorsed, would impose up to three years in jail or fines of up to 30 million won ($27,200) on those who violate the inter-Korean agreement, such as with the distribution of leaflets at the military demarcation line.

The Ministry of Unification welcomed the move.

“We will build a foundation for developing sustainable inter-Korean relations by taking the decision (of the committee) that the agreement between the two Koreas must be complied and implemented,” the ministry said.

The opposition party has opposed the bill, arguing it excessively restricts the freedom of expression as guaranteed by the Constitution.

The ruling party said the bill is designed for the safety of residents in the border area.

“Although freedom of expression is important, we can’t overlook the responsibility of the state to protect the lives and safety of the people,” Democratic Party lawmaker Kim Young-ho said.

Rep. Chung Jin-suk of the People Power Party said he would seek a Constitutional Court ruling on the constitutionality of the bill if the National Assembly approves it.

In June, Kim Yo-jong issued a strongly worded statement condemning a leaflet campaign by a civic group, saying good faith and reconciliation can never go together with such hostile activities.

“Clearly speaking, the South Korean authorities will be forced to pay a dear price if they let this situation go on while making sort of excuses,” she said in the statement carried by the Korean Central News Agency.