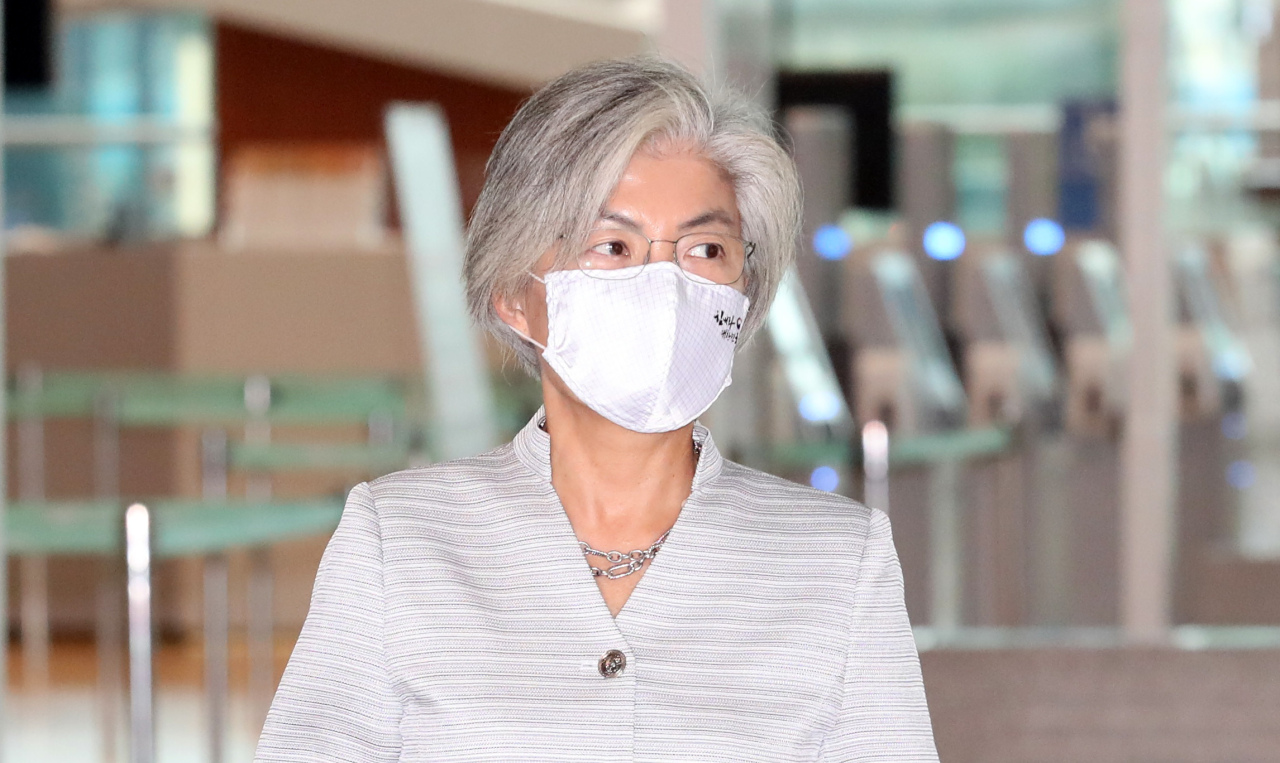 Foreign Minister Kang Kyung-wha will visit Bahrain and the United Arab Emirates this week, in a move to bolster cooperation with countries in the Middle East, her office said Tuesday.

Kang is set to travel to Bahrain from Friday to Saturday, during which she will attend the Manama Dialogue, an annual security conference held in Bahrain’s capital that involves security and political officials and experts in the region.

At the forum, she is set to deliver a speech about global governance under the COVID-19 situation.

On the sidelines of the conference, Kang is expected to hold bilateral talks with her Middle Eastern counterparts and other senior officials participating in the forum.

On Saturday, she will head to the United Arab Emirates for talks with the country’s Foreign Minister Abdullah bin Zayed Al Nahyan. They are set to discuss cooperation in various areas, including energy, food security, defense, technology and culture, as well as ways to support Korean firms’ construction projects.

She is also planning to visit the site of the Dubai Expo, slated to kick off next October, and inspect the Korean pavilion that is under construction. She will also meet with Reem Al Hashimi, the minister of state for international cooperation, who doubles as the director general of the expo organizing committee.

Kang’s visit arrives as uncertainty grows in the Middle East about the recent assassination of one of Iran’s top nuclear scientists as well as what policy the incoming Joe Biden administration in the US will take on the Middle East.

“In order to figure out Washington’s foreign policy, there is a saying to observe the Middle East,” a ministry official said on condition of anonymity. “Diplomacy with the Middle East appears to become very important in the Biden administration as well.”