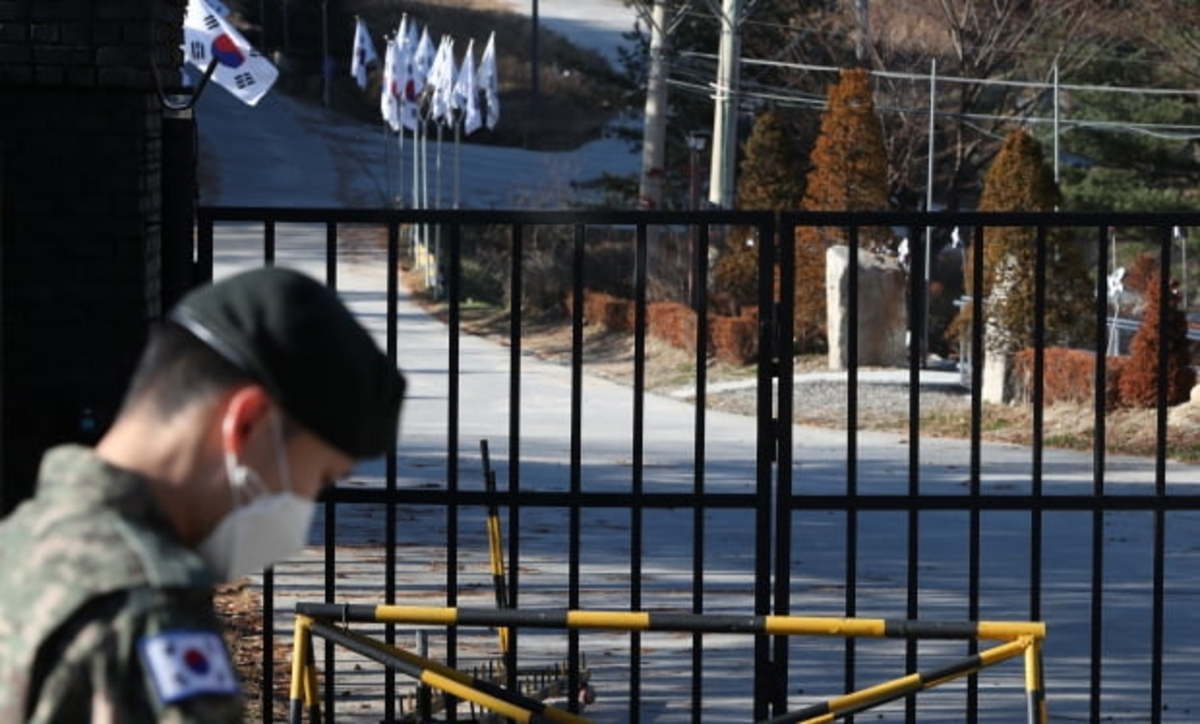 The front gate of a military unit in Cheorwon, Gangwon Province, is locked on Nov. 23, as COVID-19 infections broke out there. (Yonhap)
Heavily tattooed South Korean men will no longer be able to avoid active-duty military service.

Under the current rules, those bearing many tattoos or who upset other people by having tattoos on certain body parts can get grade four, for non-active duty, or supplemental service, on their physical exams.

This has led some to get tattoos to avoid active duty, which is for men who get grades one through three on the physical exams.

Instead of serving in the military, non-active-duty personnel work in places like local community centers, city halls, government agencies and public facilities such as subway stations.

The Defense Ministry said Tuesday that it issued a notice for a revised set of rules under which it can draft tattooed men for active duty in the military.

“Negative social perceptions of tattoos have declined, and we judged that (those with tattoos) can perform normal military service,” a ministry official said.

Weight will also become less of an issue for conscription.

The ministry revised the body mass index criteria for active duty to what they were until 2014.

Those with BMI scores under 17 or over 33 got grade four after the rules were revised in 2015, as there were too many young men waiting for active-duty enlistment at the time.

The criteria will be changed back so that only men with BMI scores under 16 or over 35 get grade four.

The BMI is calculated by dividing a person’s weight in kilograms by the square of their height in meters.

Hence, a man who is 175 centimeters tall will have to weigh between 48 and 108 kilograms to be deemed fit for active duty.

The current cutoff points for a man of the same height are 102 kilograms and 52 kilograms.

The ministry said, however, it will make sure that those unfit for active duty or public service are barred from joining the military, which would help those in command at field units.

Mental health standards for conscripts have also been raised.

So far, men with symptoms of mental illness could be drafted as long as they could do the job, but under the revised rules, only those “currently showing no symptoms or only slight symptoms” can be enlisted for active duty.