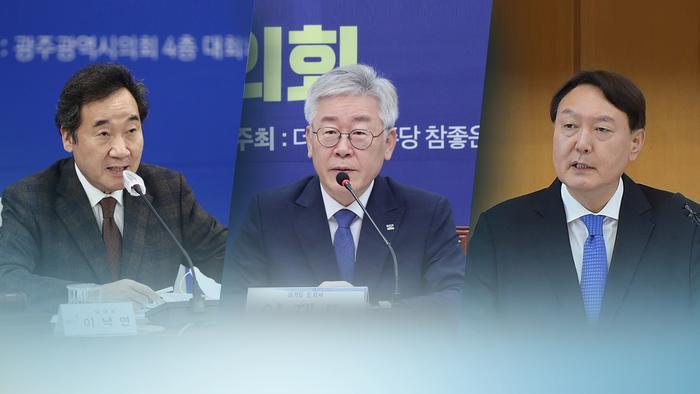 In a survey of 2,538 Koreans aged 18 or above nationwide, conducted over five days from Nov. 23 by Realmeter, 19.8 percent picked Yoon as their preferred presidential candidate, up 2.6 percentage points since last month’s 17.2 percent, which was the highest since his name was first included in the poll in June.

Yoon’s ratings rose mainly because Choo suspended Yoon from his duty, according to an analyst at Realmeter.

“Yoon appears to be the prop that represents the anti-Moon (Jae-in) sentiment at the antipode of the current administration,” said Bae Cheol-ho of Realmeter.

The poll, commissioned by Ohmynews, has a confidence level of 95 percent with a margin of error of 1.9 percentage points.