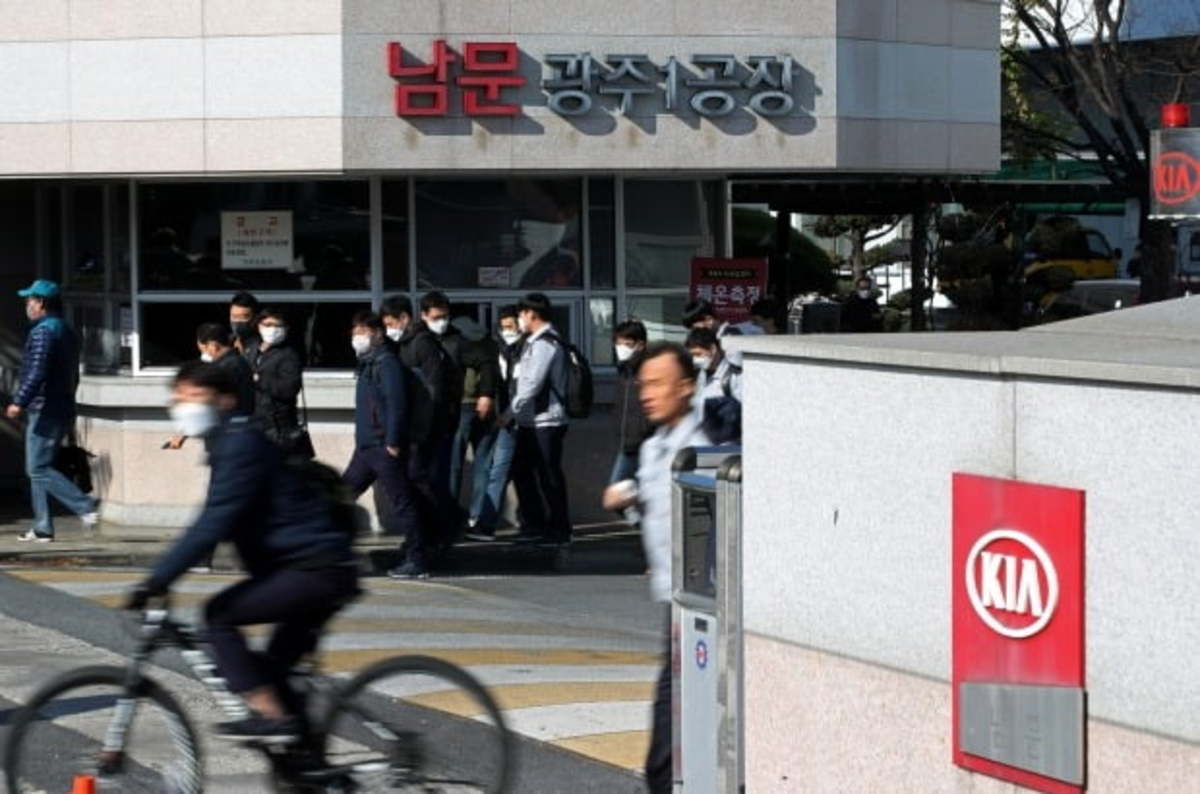 Kia workers leaving the Gwangju plant, 330 kilometers south of Seoul, after finishing their shortened four-hour daytime duty as part of a partial strike for higher wages on Wednesday. (Yonhap)
A series of new coronavirus outbreaks have been reported at major industrial plants amid growing concerns about production losses, companies said Monday.

COVID-19 infections have affected production and sales at local manufacturers this year.

"The company had daytime workers at the No. 1 and No. 2 Gwangju plants stay at home. Night-duty workers are expected to come to the assembly lines," he said.

The maker of the K5 sedan and the Sorento SUV has reported dozens of COVID-19 cases at its local plants this year, resulting in output losses.

Kia has eight plants in Korea -- two in Gwangmyeong, three in Hwaseong and three in Gwangju -- and seven overseas ones -- three in China and one each in the United States, Slovakia, Mexico and India. Their overall capacity is 3.84 million units.

Two workers at the refrigerator assembly line of the company's plant in Gwangju, tested positive for the virus on Monday morning, a company spokesman said.

Samsung Electronics has also reported dozens of confirmed cases at its local production facilities this year.

The cellphone and chip giant has a total of 37 plants, including 31 overseas ones.

"The Ochang plant is in operation, as the five infected people are office workers in a separate building away from the production lines," a company spokesman said.

The company has making utmost effort to prevent the pandemic from affecting its production by having employees take turns to work from home, take leave and work shorter hours, he said.

LG Chem has 13 domestic plants and 22 overseas ones in Asia, Poland and the United States.

On Monday, South Korea added 438 more coronavirus cases, raising the total caseload to 34,201, according to the Korea Disease Control and Prevention Agency.