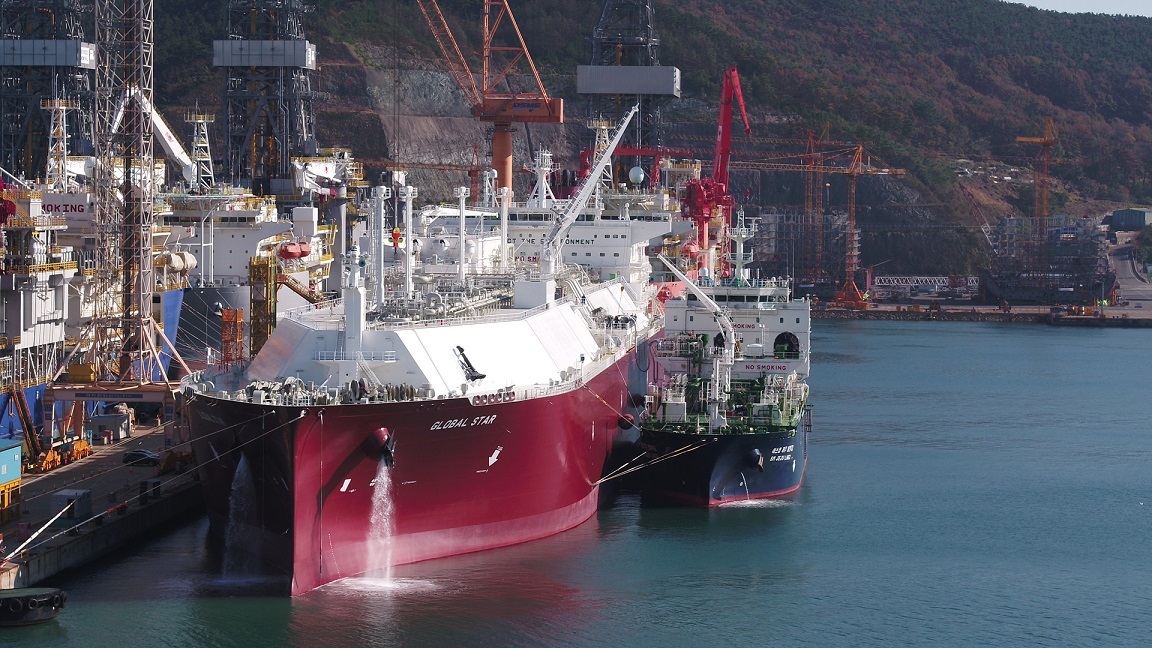 LNG bunkering is the process of transferring gas to a ship.

On Tuesday, after loading 2,000 metric tons of LNG at Tongyeong in South Gyeongsang Province, Kogas’ LNG carrier SM Jeju LNG2 entered the Okpo Shipyard of Daewoo Shipbuilding & Marine Engineering on the island of Geojedo off the southern coast. There, DSME’s newly built LNG carrier with capacity of 174,000 cubic meters was connected by hose to SM Jeju LNG2 to conduct a LNG bunkering test, which was completed successfully.

Typically, when a new LNG carrier is built in Korea, it has to travel six to 24 hours from a shipyard to onshore LNG terminals in Pyeongtaek Gyeonggi Province, Samcheock, Gangwon Province , and Tongyeong to conduct LNG bunkering tests to verify whether the gas is cooled to a liquid state and loaded on the vessel properly.