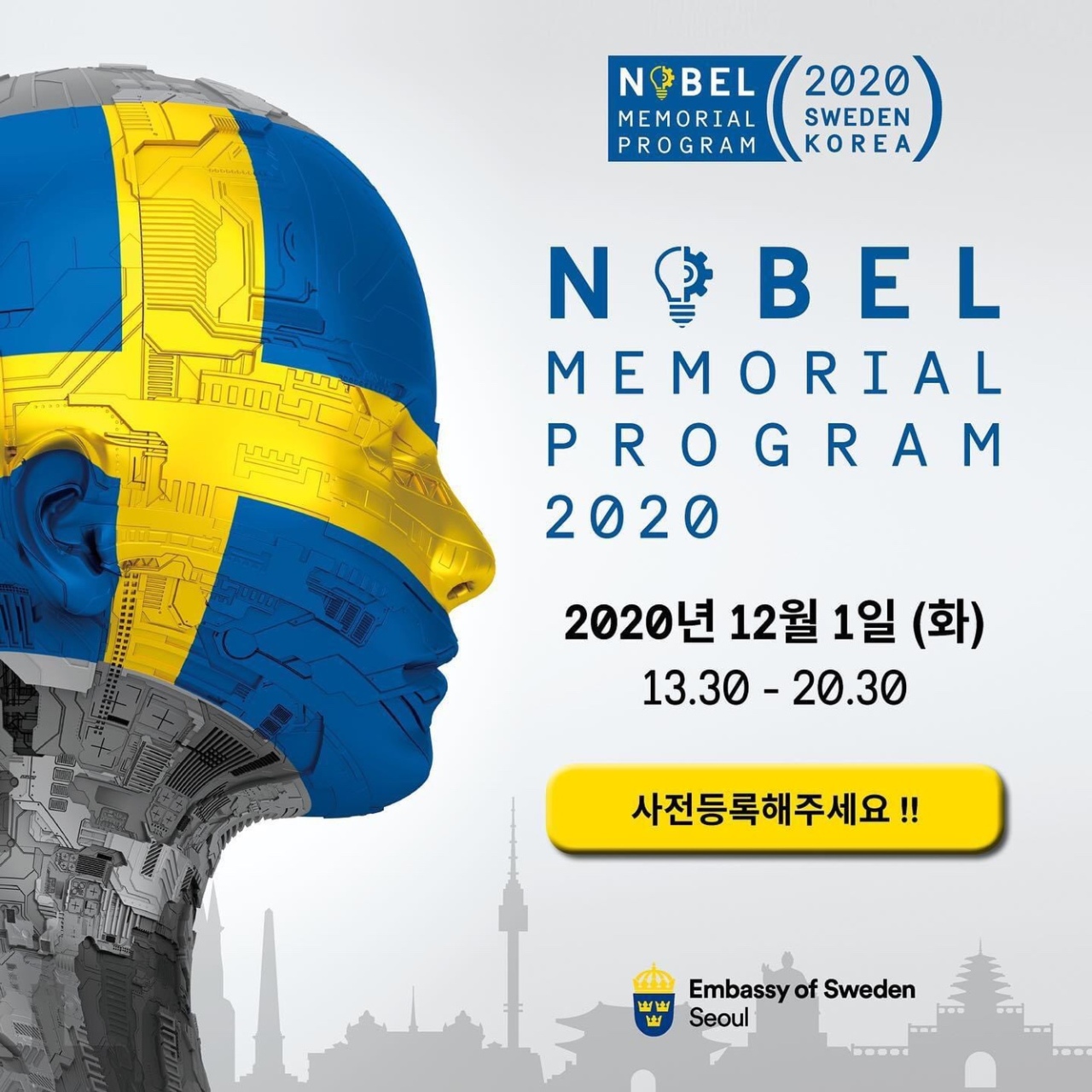 (Embassy of Sweden in Korea)
A series of symposiums to celebrate the winners of this year’s Nobel Prizes and their accomplishments will be held online Tuesday, according to the Swedish Embassy in South Korea.

Organized by the embassy, the Sweden-Korea Nobel Memorial Program 2020 will consist of three symposiums, where Korean and Swedish experts from partner universities and institutions will discuss this year’s Nobel awards in literature, economics and the sciences.

The event opens with a science session, which runs from 1:30-3:30 p.m. Korean time and features experts including Oh Yu-kyoung, a professor at Seoul National University; Anna Delin, a professor at KTH Royal Institute of Technology; and Hyongbum Henry Kim, a professor at Yonsei University. They will discuss the accomplishments of awardees in the fields of gene editing, biology, the reality of black holes and what’s possible in a universe, and breakthrough medical treatments for a global health problem.

In the economics session, which runs from 4 p.m. to 5:30 p.m., Olof Johansson Stenman, a professor at the university of Gothenburg, and Choi Byung-il, president of the Korea Foundation for Advanced Studies, will discuss relations between conditions for mobile data and economy, and methods to find a price for telecom radio waves.

In the final session on literature, which takes place from 7 p.m. to 8:30 p.m., Annelie Branstrom-Ohman, an author and professor at Umea University, and Yoo Sung-ho, a professor and literary critic at Hanyang University, will talk about how poetry helps us make sense of the world.

“My intention with the program is to reach a South Korean audience for talks about the latest Nobel Prize. I hope it will promote an interest in higher education, research and development in the areas of science, technology and the humanities,” Jakob Hallgren, Sweden’s ambassador to Korea, said in his opening remarks.

The symposiums were designed for practitioners, specialists and students as well as the general public, the embassy said.

Those interested in participating can register online in advance for the sessions that interest them. English and Korean interpretation services will be available. Questions can be answered in real time during the sessions.

Named after Alfred Nobel, a Swedish chemist, engineer and industrialist, the Nobel Prize has been awarded since 1901 for achievements in physics, chemistry, physiology or medicine, peace and literature.