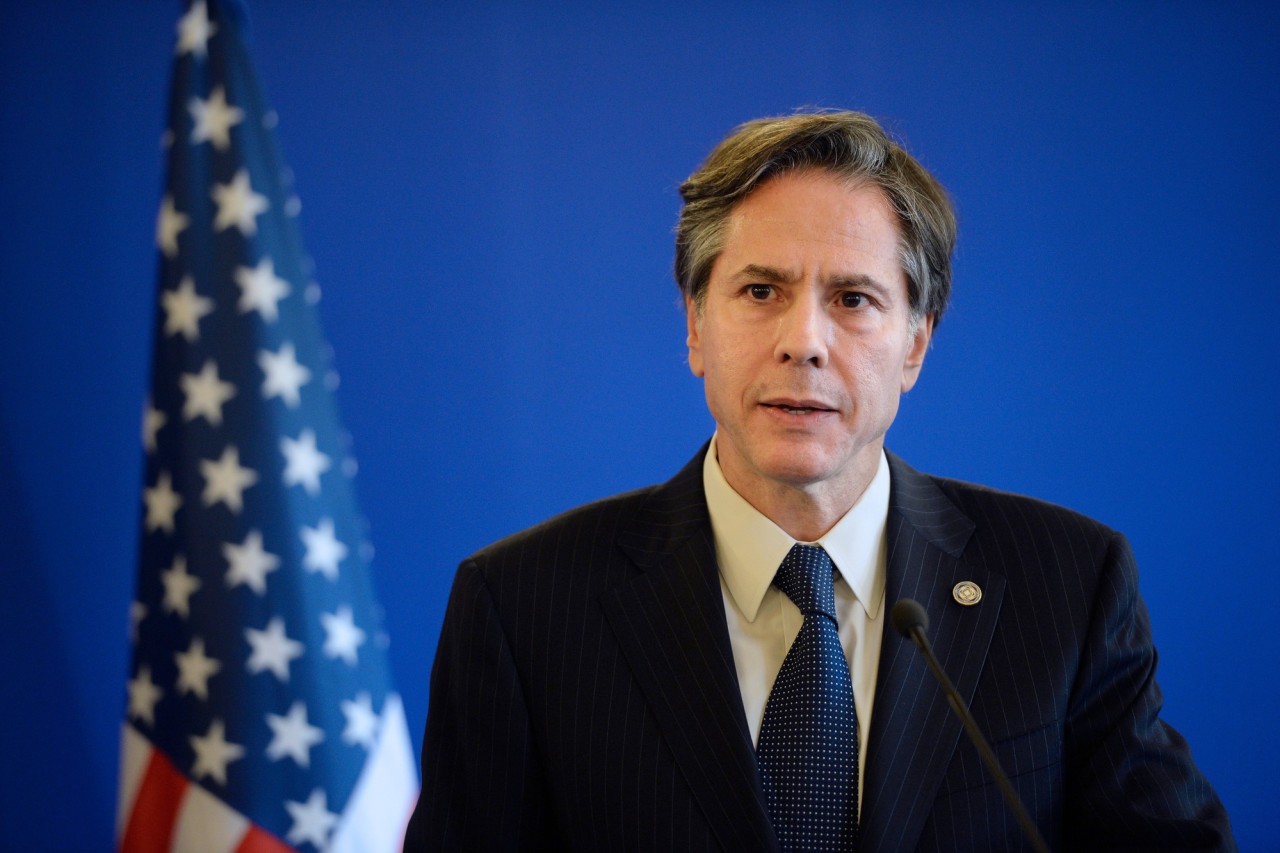 In this file photo, former US Deputy Secretary of State Antony J Blinken gives a joint press conference following a meeting with Foreign Affairs member of the anti-Islamic State coalition on June 2, 2015, in Paris. (AFP-Yonhap)
US President-elect Joe Biden named Antony Blinken, his closest foreign policy adviser who also served as deputy secretary of state in the Obama administration, as his secretary of state, drawing attention to how he will go about dealing with North Korea.

Blinken has also said before that the 2015 deal on Iran’s nuclear program, reached between Iran and six countries including the US, could serve as an example to follow in the US approach to North Korea.

Blinken’s thoughts were expressed in his June 11, 2018 op-ed, “The best model for a nuclear deal with North Korea? Iran,” published in the New York Times on the day before US President Donald Trump’s first summit with North Korean leader Kim Jong-un in Singapore.

The 2015 Iran deal, which the US withdrew from in May 2018 under the Trump administration, required Tehran to eliminate 98 percent of its uranium stockpile, dismantle and put under seal two-thirds of its centrifuges, cap uranium enrichment at levels well below weapons-grade and remove the core of its plutonium reactor in exchange for economic sanctions relief.

“The effect was to push Iran’s ‘breakout capacity’ -- the time it would take the regime to produce enough material for a single weapon -- from weeks to over one year. A sweeping inspections regime would ensure Iran was making good on its commitments,” he wrote.

Mentioning that Pyongyang, unlike Tehran, already has nuclear weapons, the means to deliver them and the machinery to keep making them, Blinken wrote that the Trump administration “may find merit in an interim agreement that requires North Korea to disclose all of its programs, freeze its enrichment and reprocessing infrastructure under international monitoring and destroy some warheads and missiles in return for limited economic relief.”

That would buy time to negotiate a “minutely sequenced road map that will require sustained diplomacy,” which is what former US President Barack Obama was seeking to do with Iran, Blinken wrote.

The former US deputy secretary of state also called on the Trump administration to “borrow” from the Iran deal “a monitoring system that blankets the entire nuclear supply chain” to ensure that Pyongyang is not developing a secret program while pretending to keep its word.

Citing published assessments, Blinken wrote that North Korea “possesses around 60 nuclear warheads, dozens of ballistic missiles and a widely dispersed infrastructure that churns out enough fissile material for about six bombs every year.”

Blinken is firm on sanctions as a means for negotiation, and is against signing a peace treaty with North Korea before anything significant is achieved on the denuclearization front.

He wrote that Trump “seems to have acquiesced to Pyongyang’s desire to negotiate a peace treaty before it gives up its nuclear weapons -- the opposite of longstanding US policy.”

Blinken referred to the Iran deal, which he reportedly played a key role in producing, again when asked about North Korea during a televised conversation in late September.

“We have to work closely with allies like South Korea and Japan and press China to build genuine economic pressure to squeeze North Korea to get it to the negotiating table. We need to cut off its various avenues and access to resources – something we were doing very vigorously at the end of the Obama-Biden administration,” he said.

“I don’t think North Korea is going to be abandoning the totality of its arsenal tomorrow. So this is something that would have to proceed in stages and phases, but it is doable with sustained, focused foreign policy.”

According to US news outlet Politico, Blinken, who has multiple family members in government service, is a fierce believer in the trans-Atlantic alliance and has dismissed Trump’s plans to remove US troops from Germany. He also lived in France as a child and speaks perfect French.