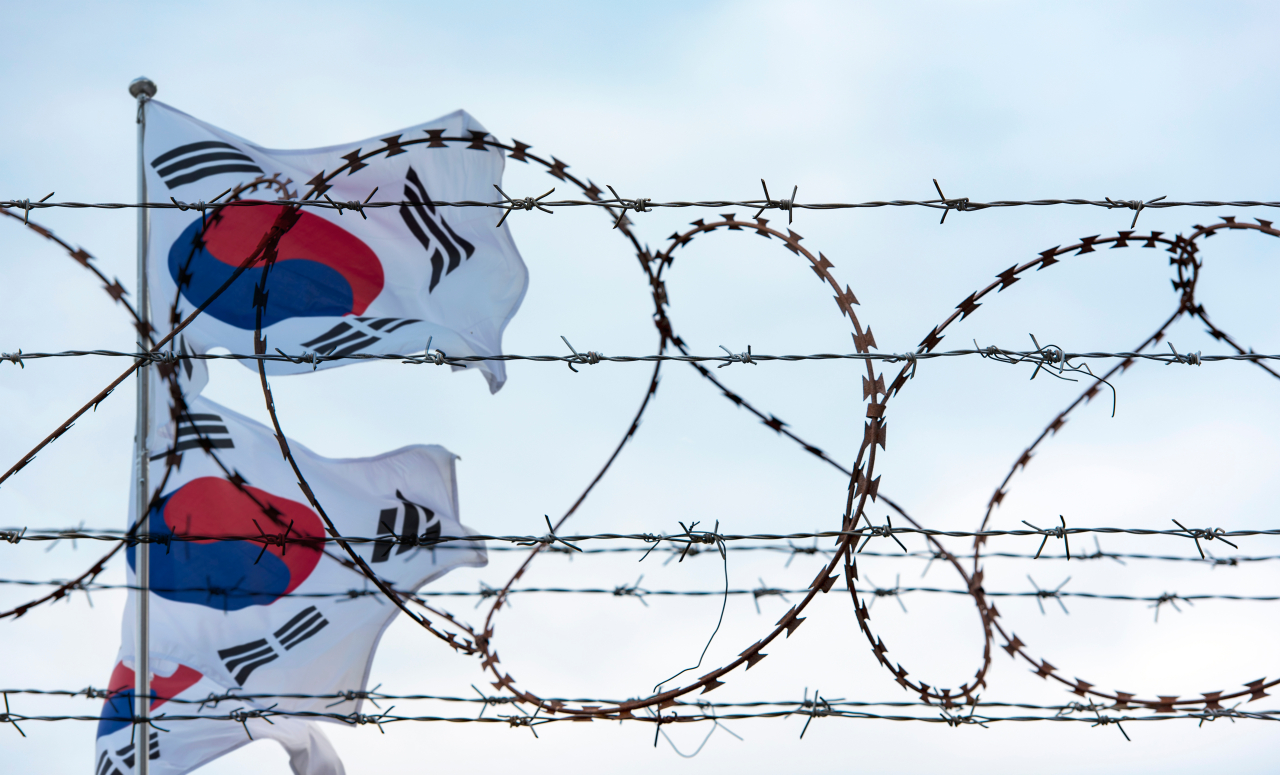 South Korean flags are flying on a mast in the Demilitarized Zone separating South and North Korea. (123rf)
A North Korean man who fled here early this month said he used to be a gymnast and was able to jump over the 3-meter fence along the inter-Korean border, a Seoul official familiar with the matter said Monday.

The man, reportedly of small stature and in his late 20s, has been under investigation by Seoul’s defense authorities over his defection route and motives. Seoul officials had him jump twice to verify his claim.

Authorities suspect his light body weight and gymnastics experience could have aided the escape.

The military said earlier that the fences looked pressed down, but they did not appear to have been modified or cut. The military is still looking into why sensors on the fences did not trigger an alarm.

On Nov. 4, the North Korean was captured and taken into custody by South Korea’s military, hours after he crossed the inter-Korean border on foot along the South’s general outposts on the east coast area. He said he was a civilian seeking to defect.

The military was blamed for what many saw as a belated response to a potential North Korean infiltration and a second security breach near the area. In 2012, a North Korean soldier came down unnoticed to a South Korean outpost under jurisdiction of the same unit.

The military has yet to reveal the conclusion of its investigation into the unit responsible for mishandling the incident.