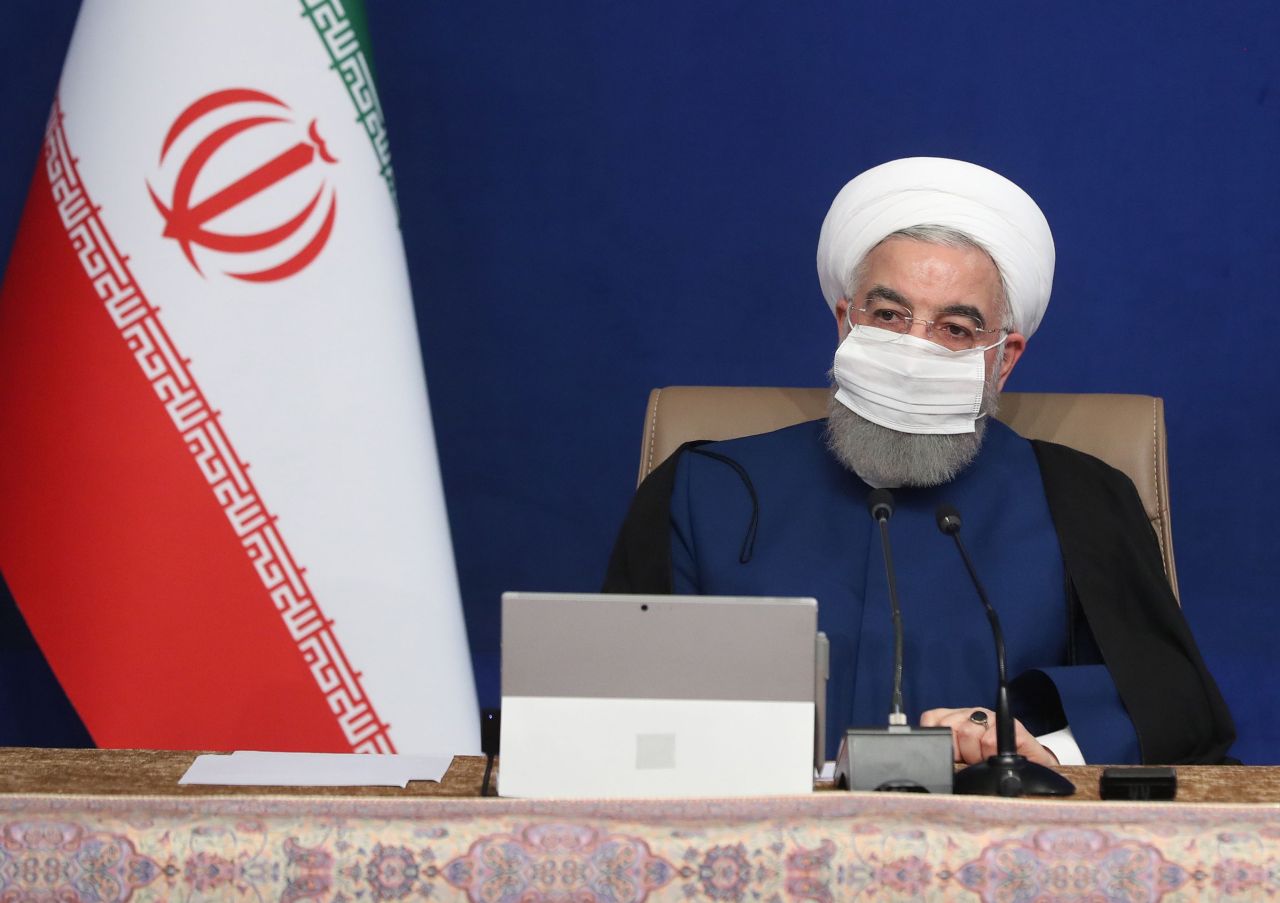 A handout picture provided by the Iranian presidency shows President Hassan Rouhani wearing a protective mask due to the COVID-19 coronavirus pandemic while chairing a cabinet meeting in the capital Tehran on November 11. (AFP-Yonhap)
TEHRAN -- The "crimes" committed by the United States against Iran do not prevent "carefully considered" exchanges from taking place, Iran's foreign ministry spokesman said Sunday.

"The future of relations between Iran and the United States is not simple," Saeed Khatibzadeh acknowledged at a press conference in Tehran, as President Hassan Rouhani's government makes signs of apparent overtures to US president-elect Joe Biden.

They included Washington's support for Baghdad during the 1980-1988 Iran-Iraq war, the "series of sanctions" against Tehran, and the US drone strike that killed top Iranian general Qasem Soleimani in January.

"It is natural that (between two) members of the United Nations (like the US and Iran) there have always been, and there are, very carefully considered exchanges, in a known framework," Khatibzadeh said, while noting that "does not mean that Iran is forgetting this list of crimes."

Tehran and Washington, enemies for more than four decades, have edged to the brink of war twice since June 2019, amid tensions over Iran's 2015 nuclear agreement with world powers, which outgoing US President Donald Trump unilaterally withdrew from.

Biden has promised a return to diplomacy with Iran after four hawkish years under Trump.

Rouhani's government offered a cautious welcome to Biden's victory, but Iran's conservatives are critical, accusing the country's government of yielding to what they say is an "illusion" of a change by the "Great Satan" of America.

"The time has come to attack, not to compromise" with Washington, the ultra-conservative newspaper Kayhan wrote on Saturday. (AFP)