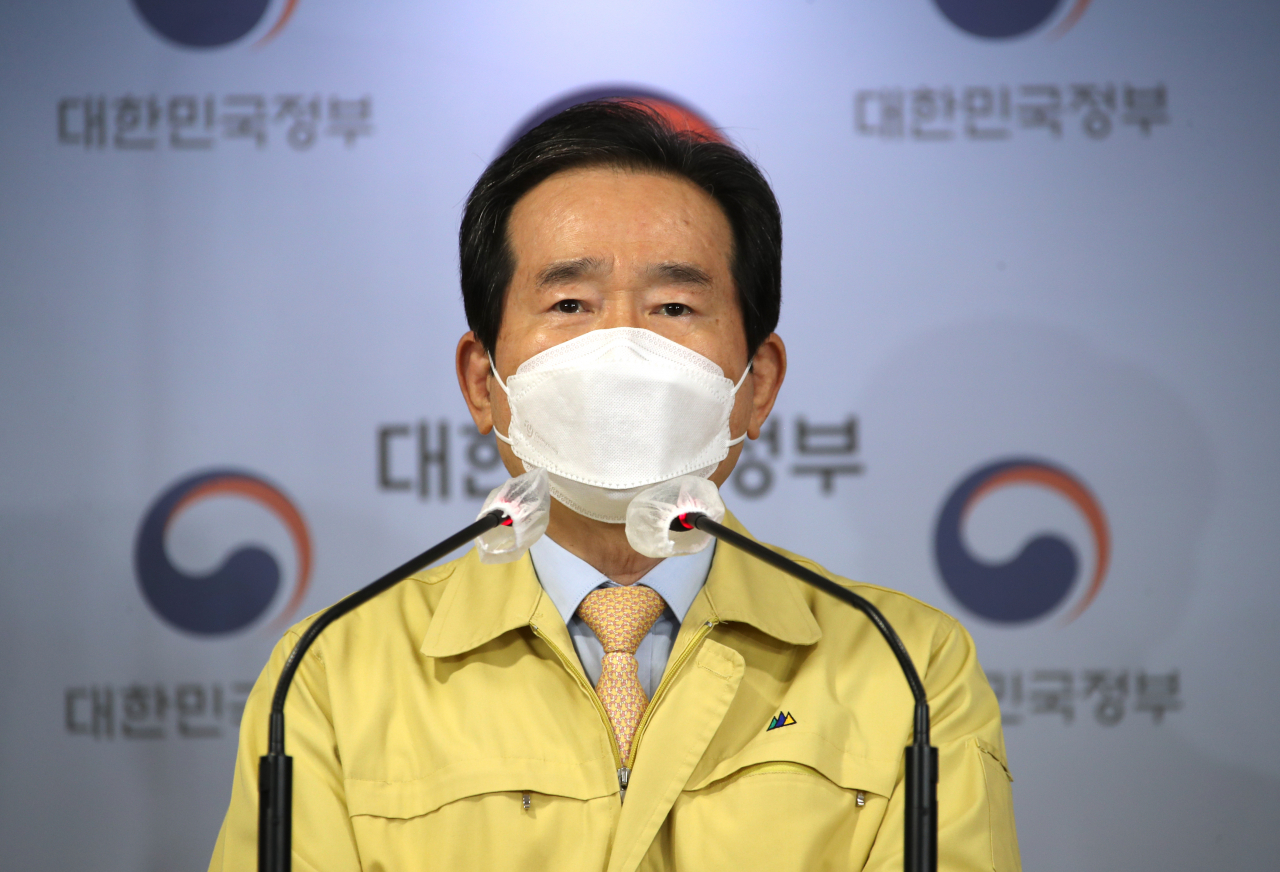 Prime Minister Chung Sye-kyun delivers a live address to the nation on Friday, asking the public to refrain from nonessential social gatherings as the country braces for another potential wave of the pandemic. (Yonhap)
Prime Minister Chung Sye-kyun on Friday asked Koreans to stay home as rising COVID-19 cases feed concerns of another wave of infections.

In what is his sixth address about COVID-19 to the Korean people, Chung asked Koreans to refrain from year-end gatherings and stay home save for essential activities.

“Those of you in the age group of over 60, please take good care yourselves during the winter; please stay home and minimize unnecessary gatherings,” the prime minister said.

“Those of you who work, please delay or cancel year-end gatherings and work dinners.”

The prime minister called for greater cooperation of the younger generation.

“We need the cooperation of the young people more than anything. As asymptomatic infections are common (among the youth), it is difficult to cope with the speed and scope of the spread,” he said.

“Please refrain from in-person activities save for essential cases such as school.”

The prime minister also asked businesses to join disease prevention efforts at workplaces by having more employees work from home.

“Starting from next week, all government ministries, local governments and public institutions nationwide will refrain from gatherings and work dinners; minimize in-person meetings; and have more people work from home,” Chung said.

About the annual state-administered college entrance exam two weeks later, the prime minister said the government will do its best to ensure that students can take the tests safely and fairly.

The daily number of confirmed cases in South Korea has been over 300 for three days, and the virus is spreading at a speed similar to a major outbreak in Daegu and North Gyeongsang Province in February, Chung said.

“It spreading through family gatherings, social activities, at swimming pools, saunas, schools, workplaces, and even in mountain villages, which never had confirmed cases until now,” he said.

The government raised the social distancing rules to Level 1.5 yesterday in the Seoul metropolitan area and some areas of Gangwon Province.