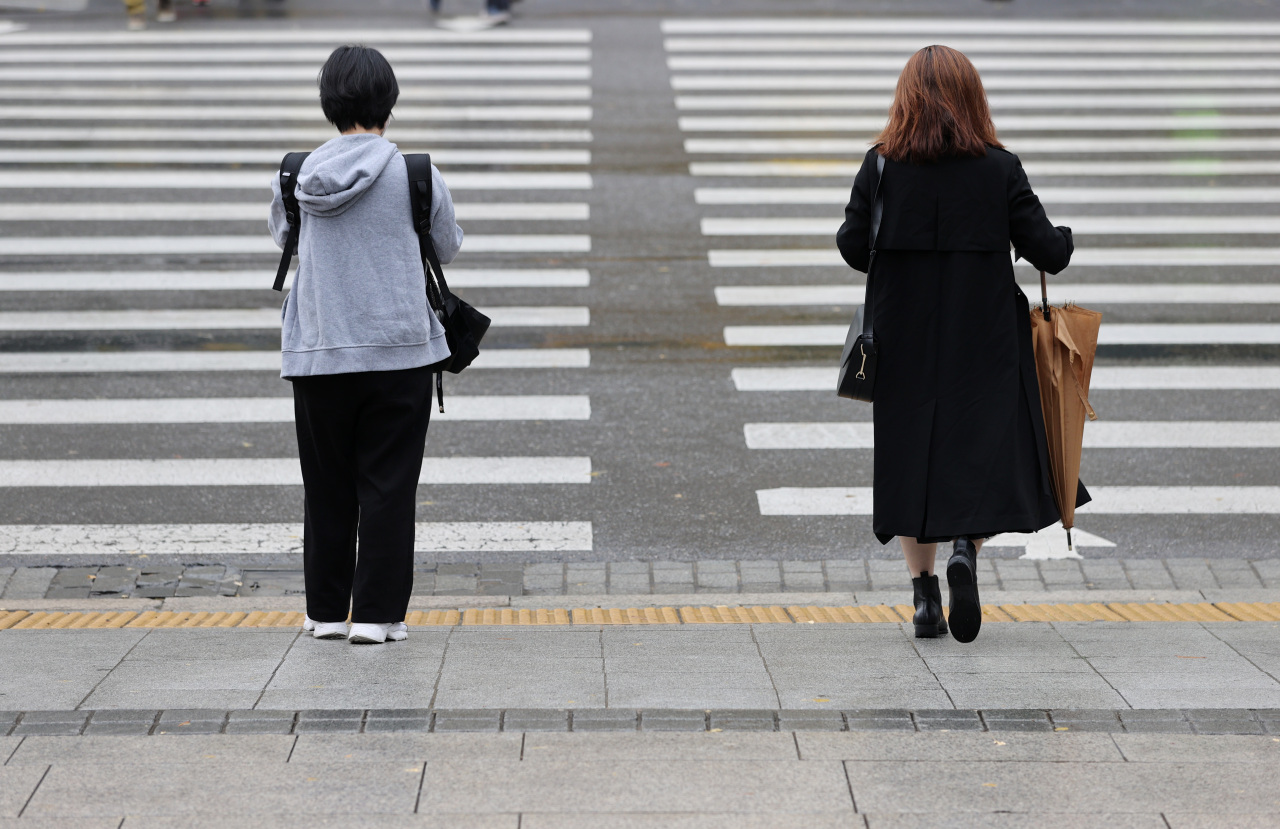 Passersby stand in distance as they wait to cross a road at Gwanghwamun in Seoul. (Yonhap)
A streamer is broadcasting an online eating show, or mukbang.

Though they are e-connected, it somehow creates a sense of togetherness.

The increasing number of one-person households on top of the social-distancing norm of the pandemic has brought a lot of changes.

More people use online channels to shop and entertain themselves, and their spending patterns and areas of activities are becoming more private.

The number of one-person households has risen to 6.17 million in South Korea, according to data collected by Statistics Korea, and is expected to increase 150,000 annually over the next five years.

According to a KB Financial Group survey of some 2,000 one-person households in the nation’s metropolitan areas, around 60 percent of respondents said they are satisfied with living alone.

The report also showed that people living alone prefer to return home right after work or school during weekdays, forgoing social gathering that had been one of the signature aspects of Korean culture.

Five out of 10 respondents answered they went straight home, instead of meeting friends for dinner or for other social and leisure activities.

Last year, more than 70 percent of people in the same survey had said they spent some time outside before heading home. They would go to cultural events, grocery shopping, work out or meet their friends.

The average number of days that people spend outside during the weekdays this year decreased to 1.76, from 1.92, largely due to the COVID-19 pandemic, according to the report.

In the past, many Koreans were known to avoid eating alone, but individuals from one-person households ate alone 10 times a week on average in 2020, up from 9 times a week last year, according to KB Financial Group’s data.

If they did spend their time and money outside, it was usually at places close to their homes. 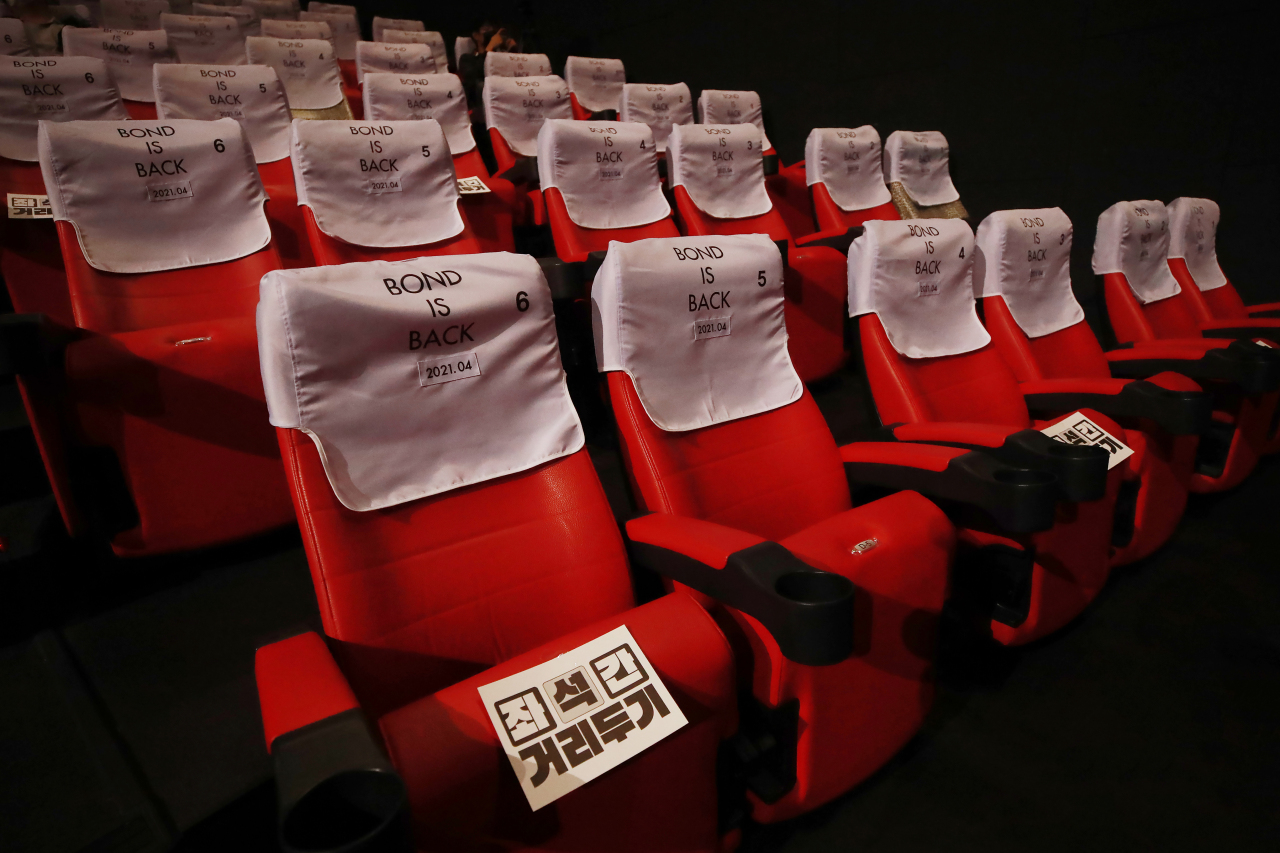 A social-distancing seating arrangement is made at a cinema in Yongsan-gu, Seoul. (Yonhap)
Rather be alone

The number of people using home workout services have risen. According to Kakao’s report this week, the use of home workout programs via its artificial intelligence speaker increased by around 50 percent in April from that of January -- before the coronavirus spread.

Users of on-demand services too are increasing. Rewhite is an operator of on-demand laundry applications, through which people can use services of nearby laundromats. This startup, which currently has 50,000 users with 420 partner cleaners, expects its partners to reach 1,500 next year.

The number of people going to the movies alone also has increased over the past decade.

During the first three months this year, the proportion of people going to the movies alone soared to 26.04 percent, CGV said.

Local movie chains have been introducing new services to cater to the increasing number of solo cinema-goers.

Megabox’ Coex branch, for instance, earlier this year introduced single seats for visitors who have come alone. Another movie theater operator, Cine Q, opened in June a movie theater in Sindorim with all 30 seats separated from each other.

The district where people have gone to movies alone the most was Gangnam-gu with 2.7 million visitors, followed by Yongsan-gu with 0.8 million visits, according to data compiled by the Seoul Metropolitan Government.

Even Korea’s traditional kimjang culture that has represented the seasonal get-together has been changing.

During the fall, many families used to get together for kimjang, the process of making a family-sized batches of kimchi. However, the popularity of doing this as a communal activity is waning.

According to a local survey asked 2,845 households, around 56.2 percent of respondents said that they do would not make kimchi on their own, up by 1.3 percentage points from last year.

Respondents who said they would purchase ready-made kimchi this year too reached 62.6 percent, up by 4.6 percentage points from last year. 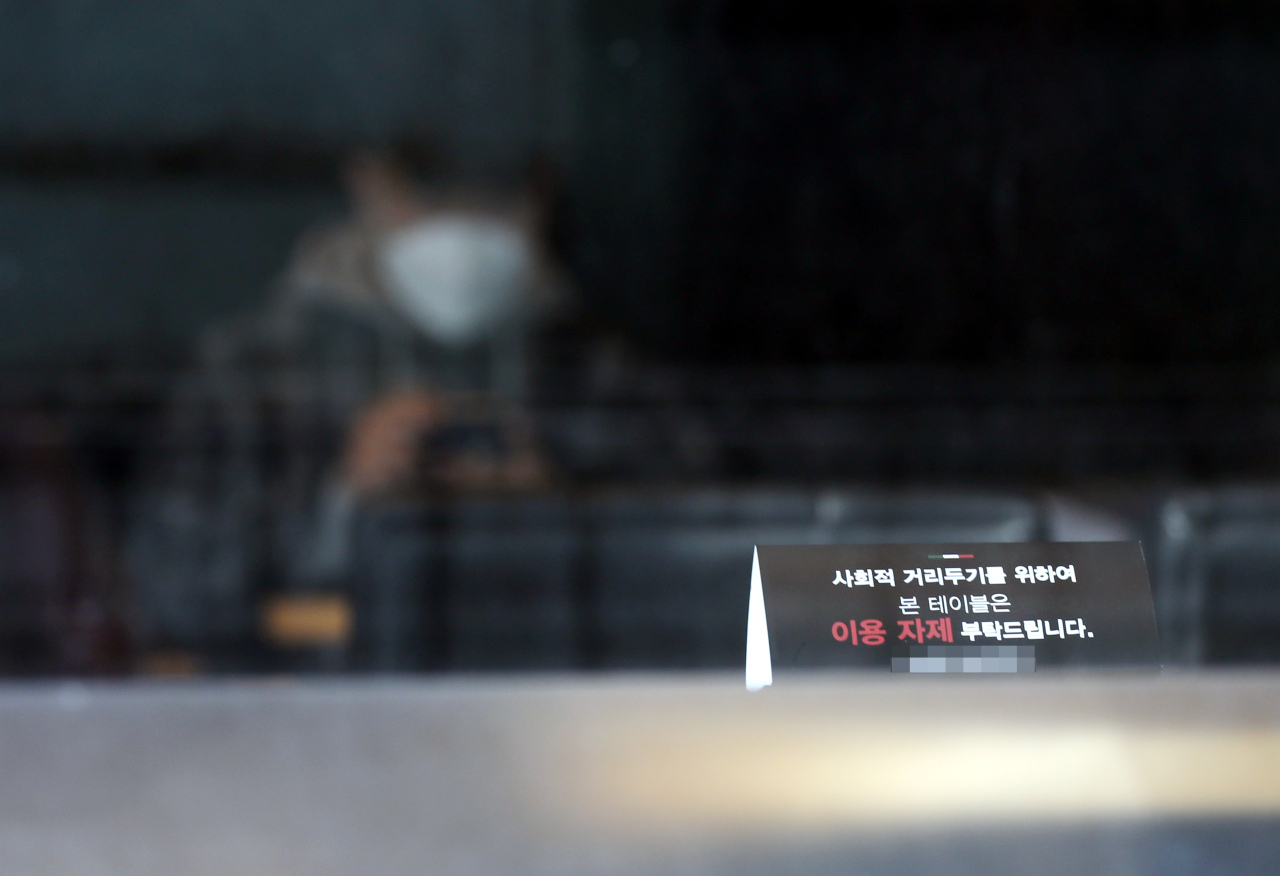 A social-distancing seating sign is put up at a cafe in Seoul. (Yonhap)
Together but privately

Of those who still wish to connect with their peers, many choose to do so more privately, if not online.

Kim Jae-hyun, founder and CEO of widely popular Danggeun Market, believe that people will continue to meet and gather physically, despite the technologies or the pandemic.

Danggeun Market operates a secondhand market app, which is designed to allow users to make purchases from sellers living nearby. The application also allows users to find small-sized groups for activities in their regions.

“While the barriers of time and space have dissipated with the advances of technology, it does not necessarily mean that the distance between the people has become narrower. That is why I believe that people will continue to consume diverse services or contents within their living communities,” Kim told The Korea Herald.

“People will continue to seek relationships with others in regions where they live, while using local services and make purchases nearby,” he said.

The number of users of the application has increased exponentially, largely as it allows consumers to feel more secure when making purchases from the communities that they belong to. The app had 12 million monthly active users as of October.

“Danggeun Market has received a lot of feedback from users who said they have become more attached to the areas they live in by using the application. Some people have used the application to find their lost pets, to find friends and to share information regarding restaurants, hospitals and other things. In particular, areas with high one-person household populations have shown a greater number of engagements and communications on the platform,” Kim said.

Meanwhile, many restaurants and bars that have usually bustled with people are suffering from falling demand. Instead, more small bistros and galleries allowing private dining or viewing are popping up to cater to the demand of those who wish to rent their time privately. 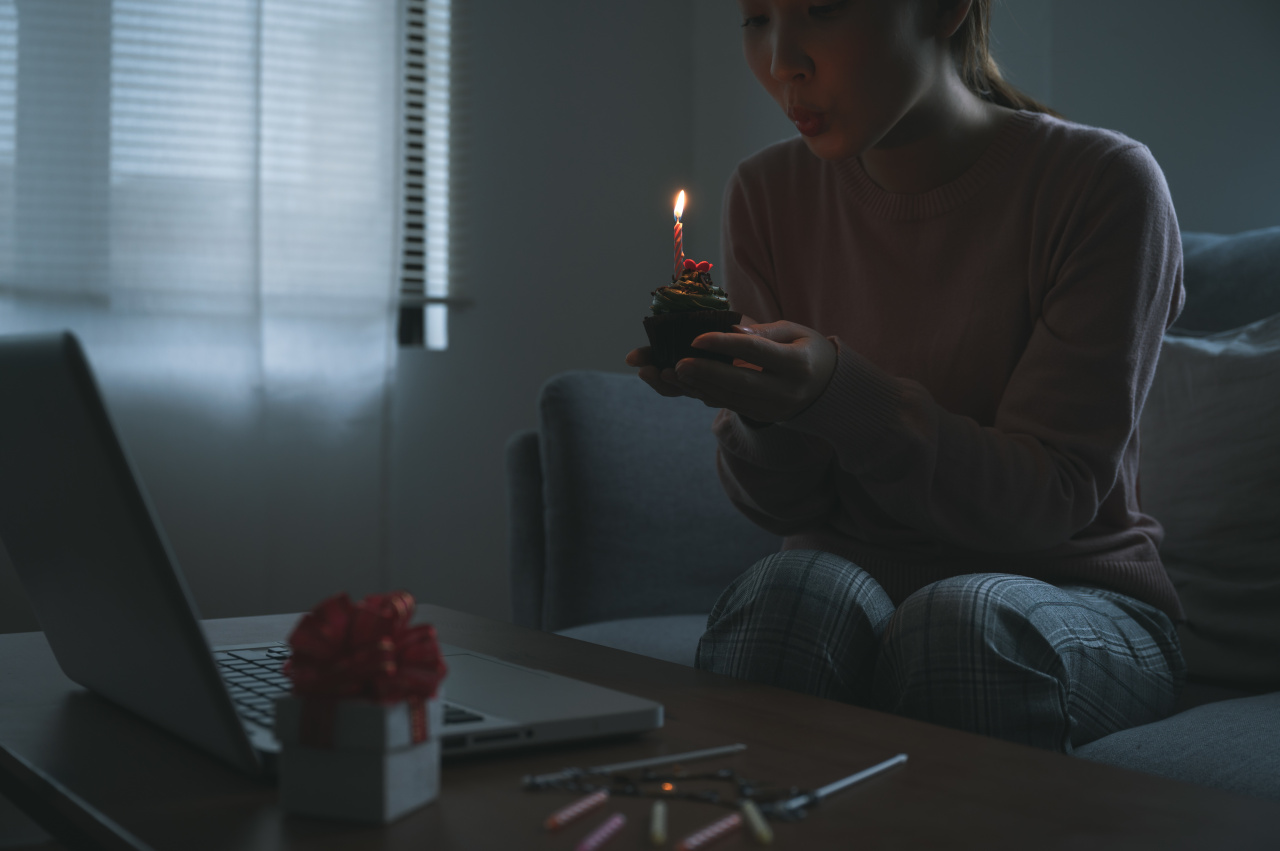 A woman celebrates a friend’s birthday via video call at home. (123rf)
According to a report by HS Ad, there has been rising demand for “speakeasy bars” in Korea in recent months.

Speakeasy bars were originally illicit establishments that served alcohol during the prohibition era (1920-1933) in the US.

While definitely not illegal in 21st-century Korea, these new types of restaurants here rely on word-of-mouth rather than full-fledged promotion, and often operate on a reservation-basis.

Jean Fri Go in Dongdaemun is one such place. Its exterior is disguised as a fruit shop but once stepping inside, it is revealed as a wine and whiskey bar, HS Ad said.

Similar concepts have been taken up by shared-kitchen businesses, one-table restaurants and galleries, and various “omakase” restaurants. Originating from sushi restaurants in Japan, omakases in Korea have the chefs directly serve sushi, beef and even tea to private groups of customers in private places.