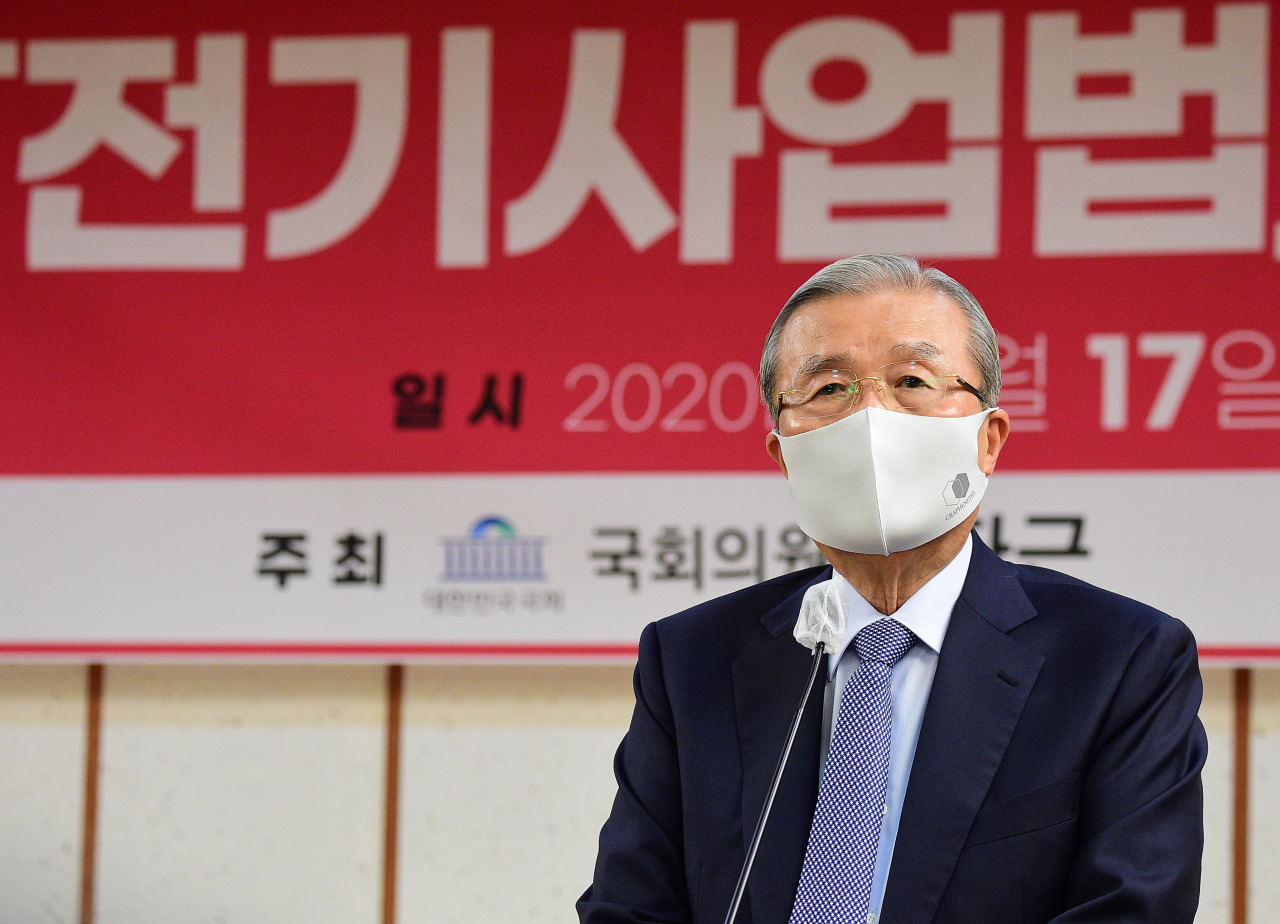 Regarding a news report on Kim’s remarks during a closed-door party meeting on Monday that he would apologize late this month or in early December, People Power Party Floor Leader Joo Ho-young said he supports Kim’s plan, although there are some within the party who do not.

“(The party) was in power, then we lost power. That means we were chastised by the people because we did something wrong, so in that respect, an apology is necessary,” Joo said in a radio interview Tuesday.

“We do need to internally coordinate as some within the party ask what is the point of making an apology now when the other side persistently attacks us. They think it may only give another excuse for them to stigmatize us.”

When former President Lee was convicted of embezzlement and graft in a final court ruling late last month, Kim said he would make a public apology once the Supreme Court had ruled on Park.

Since taking the helm of the conservative opposition group in the aftermath of its defeat in the parliamentary elections in April, Kim has said the party must officially state its position on the wrongdoings of the two former presidents in jail.

He reportedly said during Monday’s meeting that he could no longer delay the timing.

Kim reportedly told about 10 three-term lawmakers in a dinner meeting on Monday that the People Power Party must win mayoral by-elections for Seoul and Busan in April next year to have a chance in the next presidential race in 2022.

About news reports that President Moon Jae-in might replace some of his Cabinet ministers soon, Joo said an all-out reshuffle was necessary.

As for Justice Minister Choo Mi-ae, who might remain in the Cabinet, Joo said during the radio interview: “Ask anyone on the streets and they will all say she’s not fit for the job.”

“All administrations go down because they don’t admit their faults and persist. What duties does she have to complete? She already failed in all of them,” Joo said.