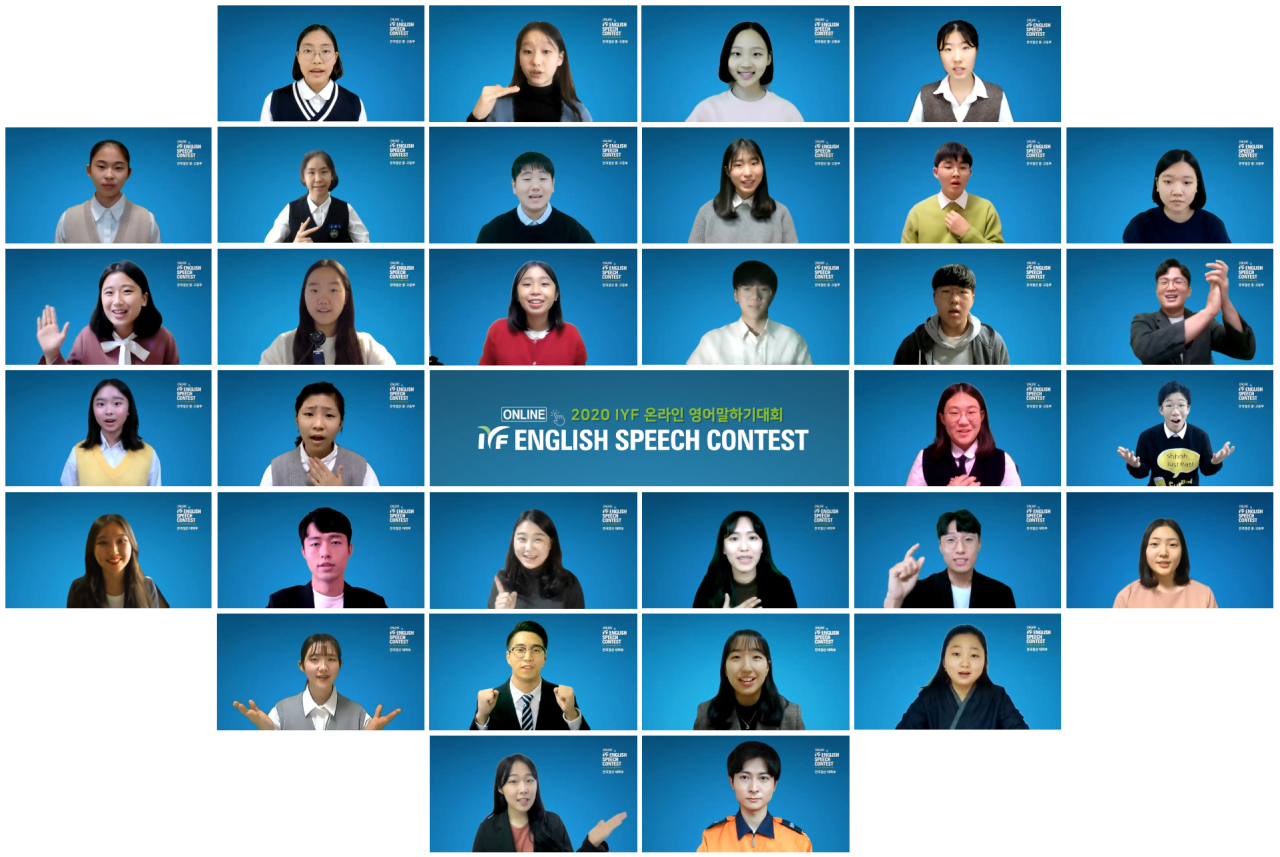 Leading up to the 20th IYF English Speech Contest held Saturday, 1,400 students across the country competed in the regional preliminary competition, and the best 74 reached the finals of the annual contest held online and broadcast live via YouTube.

Each of the middle school, high school and college students competing in the finals gave a speech on one of six topics: exchange, abstinence and cogitation; dreams; an admirable figure; a touching moment; environmental issues of the 21st century; and the talent to lead the “fourth industrial revolution.”

College students were given four minutes to deliver speeches on the topics, while middle and high school students were required to speak for three minutes.

Hankuk University of Foreign Studies second-year student Choi In-ae won the university grand prize with her speech titled “Oh, Really?” that touched on the need of sympathy and communications.

Launched in 2001 as the first competition of its kind, the IYF English Speech Contest has become one of the largest and most authoritative nationwide speaking contests in Korea.

“Every participant in this speech contest is a hope and potential leading talent of our country,” said IYF founder the Rev. Park Ock-soo in a statement.

“Through English I hope we can freely exchange ideas with others by better accepting other’s minds while sharing ours.”

IYF is a Christianity-based international nongovernmental organization with offices in 100 countries that operates various programs for young people under the motto of “Challenge, Exchange, Cohesion.”