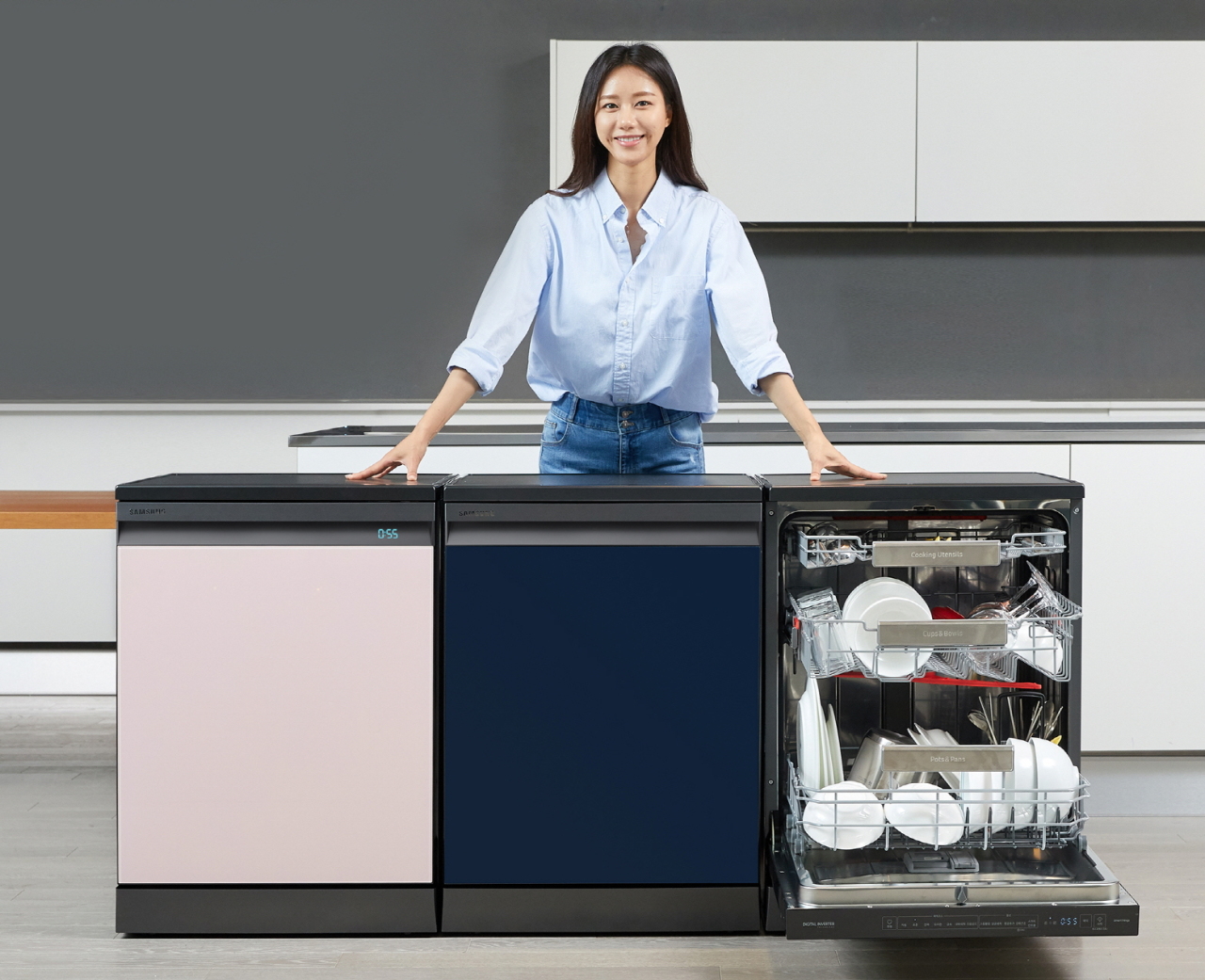 Samsung credited the dishwasher sales growth to an expanded line of products and technological features that helped them stand out in South Korea, North America and European markets.

In Korea, the newly launched “bespoke” dishwasher line helped quadruple third quarter sales volume on-year. The bespoke washers come in nine colors which the consumers can use to match the rest of their kitchen.

The linear wash shoots out pressurized water jets that bounce off the surfaces, washing the hard-to-reach corners. The zone booster spouts additional water streams to clean the bottom-most kitchenware. The storm wash uses a vortex to remove oily residue from cutlery without having to soak it in dish soap first.

These are functions applied to overseas products and can vary from the models sold in Korea, Samsung Electronics said.

In Korea, Samsung’s dishwashers offer a different range of functions to cater to the concave bowls used to serve steamed rice and soup. The Korean models have multiple spray arms, uses water at 75 degrees Celsius to sanitize the dishes, and can additionally order the option of dual micro filters that can filter out rust from public water pipes.

Samsung Electronics launched the bespoke dishwashers in Korea in June. Since then, third-quarter dishwasher sales here increased fourfold compared with the same period last year, according to Samsung, which sees further potential for expansion as still only about 10 percent of households in Korea have a dishwasher.