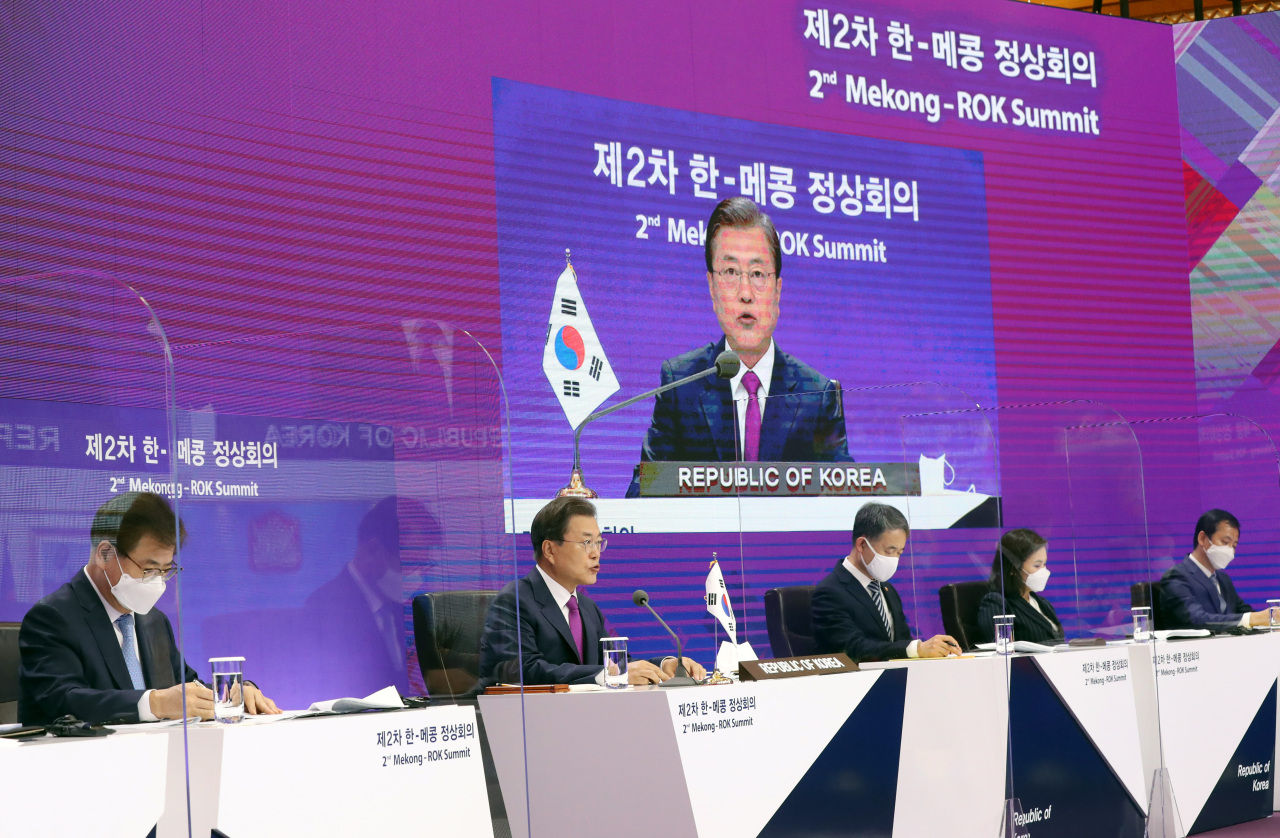 "We will contribute $10 million for coronavirus vaccine support to developing countries through the COVID-19 Vaccines Advance Market Commitment (COVAX)," Moon said during his second annual summit with leaders of the five Mekong River nations -- Vietnam, Cambodia, Myanmar, Laos and Thailand.

Moon also pledged to strengthen cooperation with the countries in the areas of public health and provision of epidemic prevention equipment.

The president praised the level of trade between South Korea and the five nations, which was similar to that of last year despite the rupture in global travel and shipments, thanks to the close cooperation in disease control and prevention.

Moon also said he will push for a bilateral project aimed at preserving the Mekong River's ecological environment, managing its water resources and preventing natural disasters. Seoul will also seek to involve international organizations, such as the United Nations, in the project, he added.

"As part of the effort, we will continue to increase the level of the South Korea-Mekong cooperation fund as well as our overseas development assistance," said Moon.

The two sides also agreed to elevate their bilateral relationship to that of a "strategic partnership."

"The strategic partnership that we forged today will open a new horizon for South Korean-Mekong River cooperation," Cheong Wa Dae spokesman Kang Min-seok quoted Moon as saying during the session.

Kang told reporters after the summit, "Now, we have added the Mekong River nations, considered a new source of growth for the global economy based on its rich workforce and water resources."

Last November, South Korea and the Mekong River nations adopted the Mekong-Han River Declaration, which called for the enhancement of economic development cooperation in such areas as resources, farming and environment, by sharing Korea's experience of rapid post-war growth. (Yonhap)