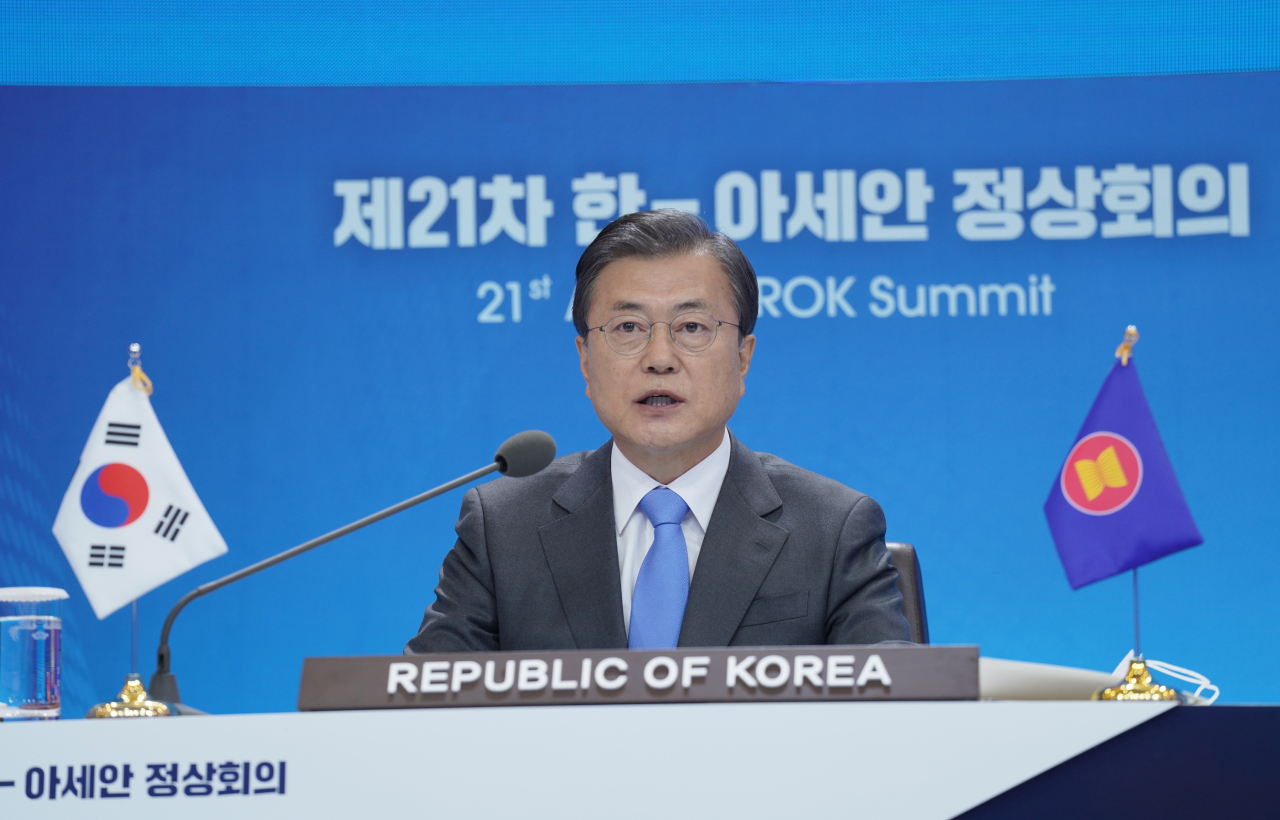 Moon stressed the need for international cooperation in face of the coronavirus pandemic, saying the newly unveiled strategy reflects the changing needs of Korea and the member states of the Association of Southeast Asian Nations bloc, in light of the virus crisis.

“I think that it is very fortunate that the Korea-ASEAN Summit is held at a time when closer solidarity and cooperation is needed,” Moon said.

Saying that Korea and the ASEAN nations had worked together and that his New Southern Policy had achieved significant results, Moon introduced the new edition of the policy.

“New Southern Policy Plus contains new possibilities in seven core areas, such as comprehensive public health cooperation. It will allow the creation of ‘people centric community of peace and prosperity faster, while leading the way into the post-COVID era,” the leader said.

Cheong Wa Dae also hopes the Korea-ASEAN summit will serve as an opportunity to show Seoul’s continued commitment to the Korean Peninsula peace process, and to garner the international community’s support.

“In addition, President Moon will participate in the discussions on other regional security issues to express Korea’s stance and emphasize the importance of seeking peaceful resolutions,” Park explained at a briefing.

Moon is set to continue summit diplomacy with the ASEAN nations until Sunday.

On Saturday, the ASEAN Plus 3 summit -- involving the 10 ASEAN members plus Korea, China and Japan -- is scheduled to be held, followed by the East Asia Summit later in the day. The East Asia Summit includes the ASEAN states, Korea, Australia, China, India, Japan, New Zealand, Russia and the US.

The series of multilateral summits will wrap up with a summit of countries in the Regional Comprehensive Economic Partnership -- the ASEAN states, Korea, Australia, China, Japan and New Zealand.

Cheong Wa Dae said the signing of the RCEP agreement is a major milestone for the Moon Jae-in administration’s New Southern Policy, bringing Korea into the world’s largest free trade agreement and the policy’s goals closer, as well as aiding local firms to expand into new markets.