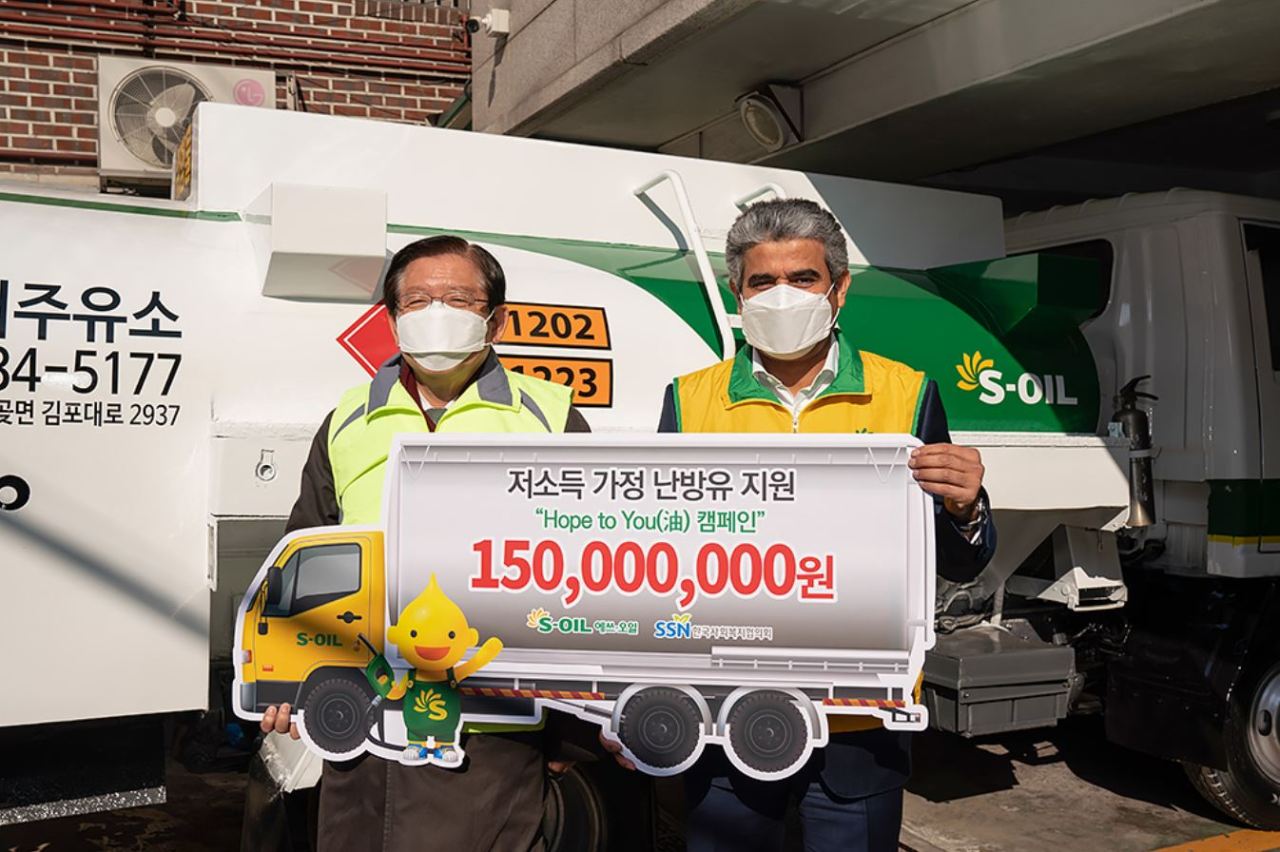 Since 2015, South Korea’s leading refiner has led a corporate social responsibility campaign titled Hope to You, in which it donates money to the KNCSW so that it can provide heating oil to energy-poor households.

“This year seems to be seeing a cold winter earlier than previous years. It appears that there are still many neighbors who go through a cold winter without heating due to financial hardship,” said S-Oil CEO Hussain A. Al-Qahtani during a visit to a senior living alone in Seodamun-gu, Seoul.

“I hope that S-Oil’s small donation will be of help to people during the cold winter and we’ll continue to reach out to neighbors in need,” Al-Qahtani said.

Among the beneficiaries of S-Oil’s outreach program is a 104-year-old resident.

According to KNCSW, the resident lives on a basic security grant from the government together with her 61-year-old mentally disabled son. Their housing is a rundown traditional house prone to chilliness. A month’s worth of kerosene heating oil would cost roughly 200,000 won, which she cannot afford, according to the firm.

S-Oil’s donation will be used to provide heating oil to 225 households selected by KNCSW, including grandparent-headed families. It would also help elderly people living alone, disabled people and multicultural families, the company said.