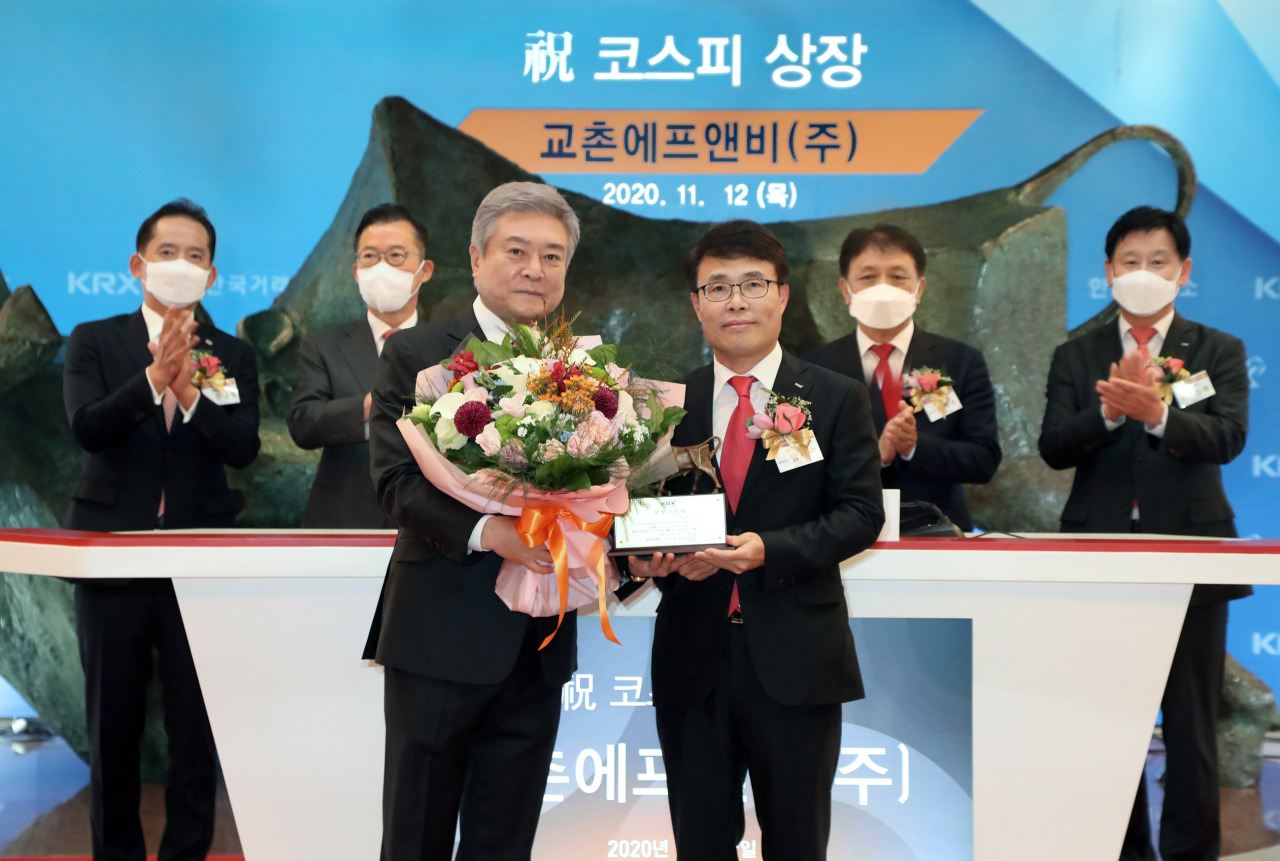 The firm’s stock plunged by 14.68 percent to 20,350 won per share within five minutes of trading but suddenly started moving upward to close at 31,000 won per share, up 7,150 won, or 29.98 percent. With the soaring share price, its market capitalization recorded 774.5 billion won, becoming the Kospi market’s 213rd most valuable listed firm.

Excepting exchange traded funds, Kyochon’s daily trading volume was also the second biggest among the Kospi listed firms with 810.2 billion won, followed by Samsung Electronics that came to around 1.07 trillion won. The figure even far surpassed the previous records set by SK Biopharmaceuticals and Kakao Games with 88.29 billion won and 35.03 billion won, respectively, on their market debuts.

“This (listing) ceremony means a lot to us since Kyochon is the first franchise company to be directly listed on Kospi,” So said.

“We promise not only to raise shareholder value but also to ethically manage the firm in compliance of the law. At the same time, we vow to put all out efforts keeping our customers’ satisfaction as the No. 1 priority so that we can make all the people happy.”

Buoyed by market watchers’ interest on the restaurant franchise’s direct listing on the main bourse, retail investors’ competition during the two-day preorder session marked 1,318.3 to 1 as they had submitted about 9.45 trillion won in deposits on Oct. 28 and 29.

“Kyochon’s listing means a lot to the market. As it successfully made a market debut via direct listing, the franchise industry is likely to be reevaluated,” said Nam Seong-hyun, an analyst at Hanwha Investment & Securities.

Eugene Investment & Securities analyst Park Jong-sun also said that the country’s largest fried chicken franchise operator is likely to maintain stable growth based on its market dominance. The company’s entry into the home meal replacement business is another positive factor, he added.