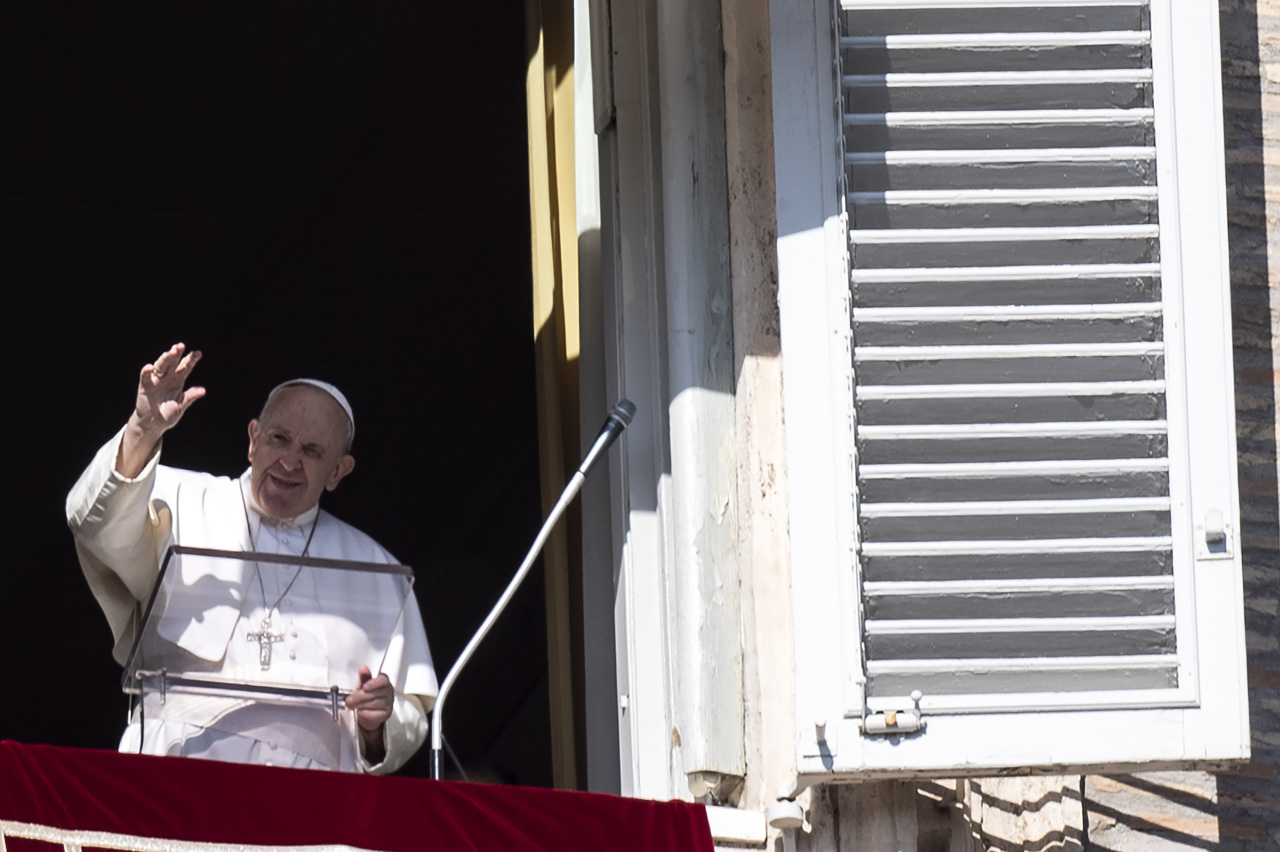 Pope Francis address pilgrims gathered in St Peter's square during his Sunday Angelus prayer on November 8, 2020, at the Vatican. (AFP-Yonhap)
Pope Francis has expressed hope of visiting North Korea sometime in the future, reaffirming his previous stance of wanting to bring about peace on the Korean Peninsula.

The pontiff made the remark last month during a closed-door meeting with then-South Korean Ambassador to the Holy See Lee Baek-man, who paid the pope a farewell courtesy call before leaving his post, according to the Korean Embassy in the Vatican.

When Lee asked whether the pope still wanted to visit the North, as he had said previously, the pope said his position remained the same and reiterated his hope of a visit.

The possibility of the pope making a landmark trip to the reclusive regime emerged in October 2018, when President Moon Jae-in visited the Vatican to relay North Korean leader Kim Jong-un’s oral invitation. At the time, the pope said he would consider a visit to the North if he received an official invitation.

But with the denuclearization talks deadlocked and the peace process on the Korean Peninsula at a standstill, the Vatican and North Korea have stayed mum on the issue.

No pontiff has ever visited North Korea, a country known for severe crackdowns on religious practice. In the past the Vatican has said a papal trip to North Korea could not take place unless the regime agreed to allow freedom of religion and accept Roman Catholic priests.

But Pope Francis, who has shown interest in establishing lasting peace on the peninsula, has repeatedly expressed his willingness to visit.