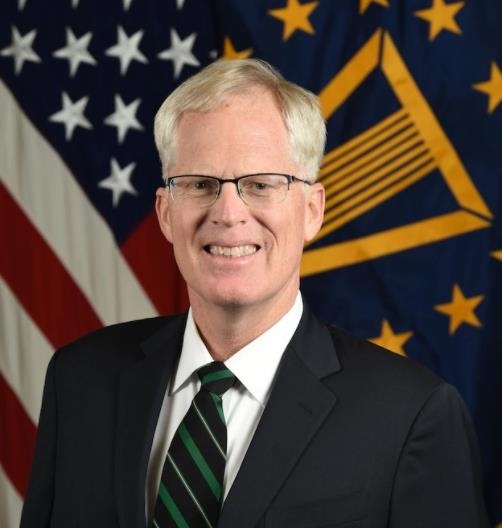 The captured image from the website of the US Department of Defense shows Christopher C. Miller, former director of the National Counterterrorism Center, who was named acting secretary of defense by US President Donald Trump on Monday. (Screenshot captured from US Department of Defense website)
WASHINGTON -- US President Donald Trump on Monday replaced his defense chief, Mark Esper, with less than three months left in his presidency.

"I am pleased to announce that Christopher C. Miller, the highly respected Director of the National Counterterrorism Center (unanimously confirmed by the Senate), will be Acting secretary of Defense, effectively immediately," Trump tweeted.

"Chris will do a GREAT job! Mark Esper has been terminated. I would like to thank him for his service," Trump added.

Reasons for the change were not immediately available, but many had suspected that Esper may have lost favor with Trump when he publicly opposed the idea of deploying US service members to deal with a series of demonstrations that broke out in the wake of the "Black Lives Matter" campaign in June. That movement followed the killing of George Floyd by a police officer in Minneapolis.

Esper was sworn in as secretary of defense in June 2019.

Miller, a native of Iowa, served in the Army between 1983 and 2014, according to the Defense Department. He had numerous Special Forces assignments and is former deputy assistant secretary of defense.

Whether Esper was notified of Trump's decision in advance was not immediately known, but the move marked one of many times that Trump has made public a change in leadership at a major US government agency through Twitter messages.

The change, however, comes only about three months before the president himself is set to step down, which would likely make Miller's new assignment short-lived.

Former Vice President Joe Biden has been declared the winner of the presidential election held Tuesday, and if certified will take office on Jan. 20. (Yonhap)