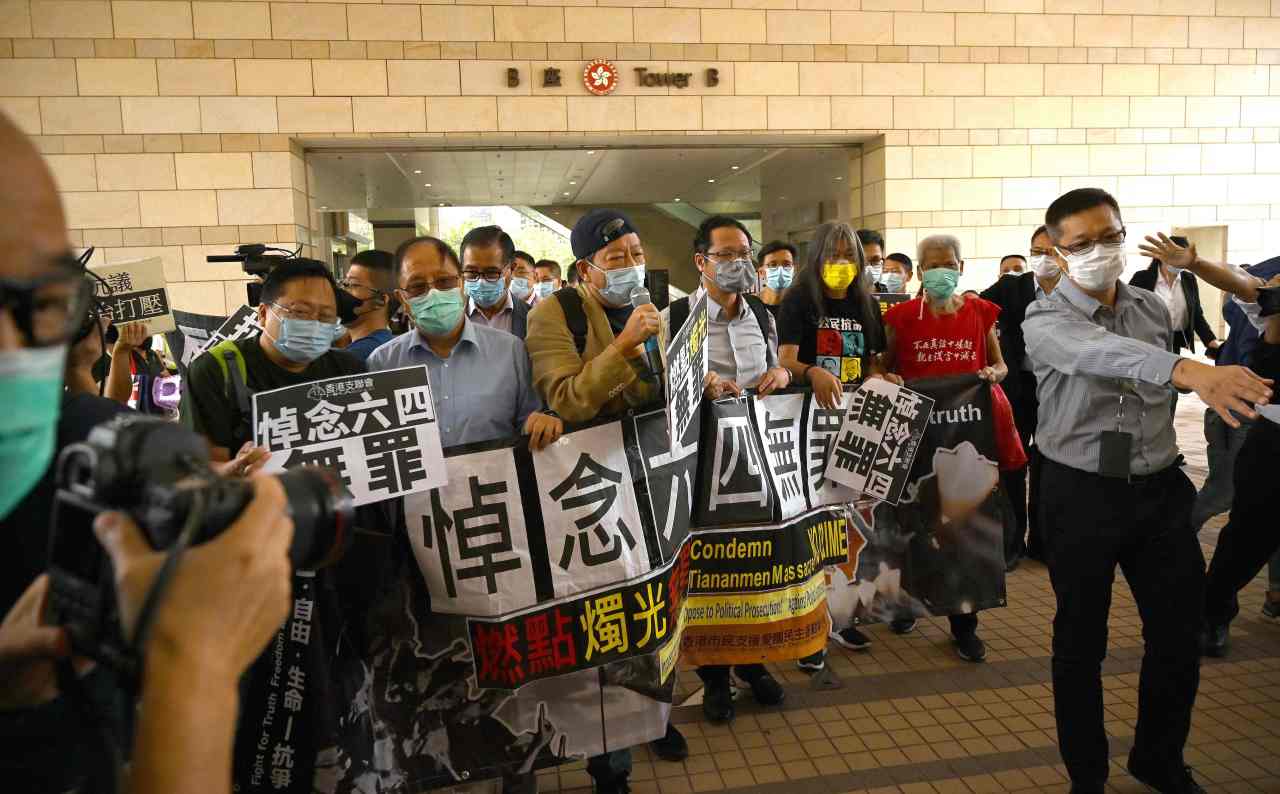 The threat came ahead of a meeting of one of China's top law-making bodies, with Hong Kong media reporting that it was considering disqualifying four of the semi-autonomous city's legislators.

The National People's Congress Standing Committee will consider purging the four for violating their oaths by making quorum calls and filibustering in the chamber, local pro-Beijing media reported Monday.

"The pro-democratic camp has decided that if NPCSC decides to disqualify lawmakers, all pro-democratic lawmakers will resign en masse," Wu Chi-wai, head of the Democratic Party told a press conference Monday.

The chamber passes Hong Kong's laws, but only half of its seats are directly elected -- and a complex appointment system ensures the city's pro-Beijing establishment is all but guaranteed a handsome majority.

Scuffles and protests routinely break out, with the pro-democracy minority often resorting to filibustering, chanting and obstruction to try to halt bills they oppose.

A mass resignation would leave the legislature composed almost entirely of those toeing Beijing's line.

Democratic lawmaker Dennis Kwok slammed the reports members would be thrown out for filibustering, saying the tactic "followed the rule of procedures" in the chamber.

"It seems those in power cannot tolerate opposition any more," he added.

More than 10,000 people were arrested during the Hong Kong protests, and the courts are now filled with trials -- many of them involving opposition lawmakers and prominent activists.

In a direct response to the protests, Beijing bypassed the legislature and imposed a sweeping new national security law on Hong Kong in late June.

Critics say its broadly worded provisions are a hammer blow to the flickering freedoms that China promised Hong Kong could keep after the end of British colonial rule in 1997.