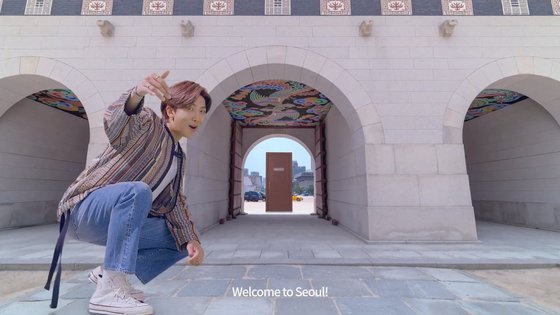 The video “See You in Seoul,” featuring each member of the hit seven-member act introducing the city of Seoul, was released on Sept. 11 on the city‘s tourism platform (www.visitseoul.net) and social media channels. 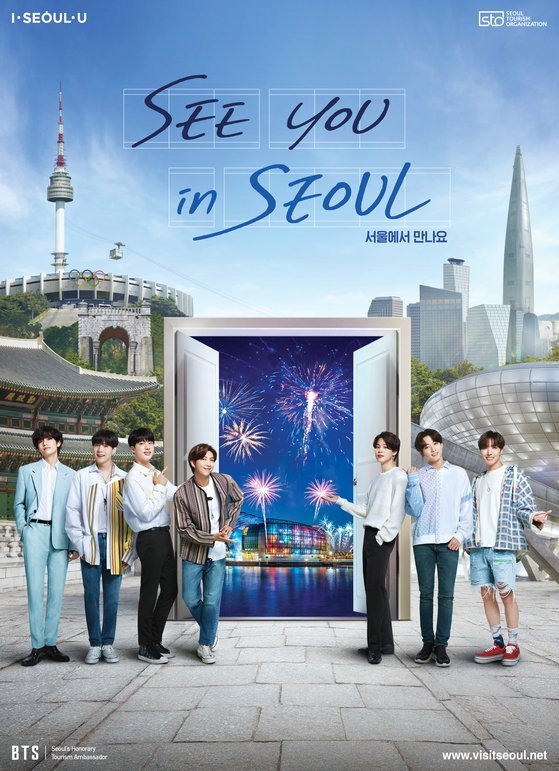 Poster image of BTS’ “See You in Seoul” video (Seoul Tourism Organization)
The promotional video racked up more than 100 million views 10 days after the release, and generated an average of 6 million to 10 million views every day for the last two months.

The video was produced in nine languages, including English, Malaysian, Russian, Vietnamese and more. The video was the most watched in China, Indonesia, Russia and Vietnam in order.

Nearly 250,000 comments were shared on official social media channels for the video. Some 150 million views were generated from the challenge videos on Douyin, a short video media app operated by Bytedance, the operator of Tiktok. 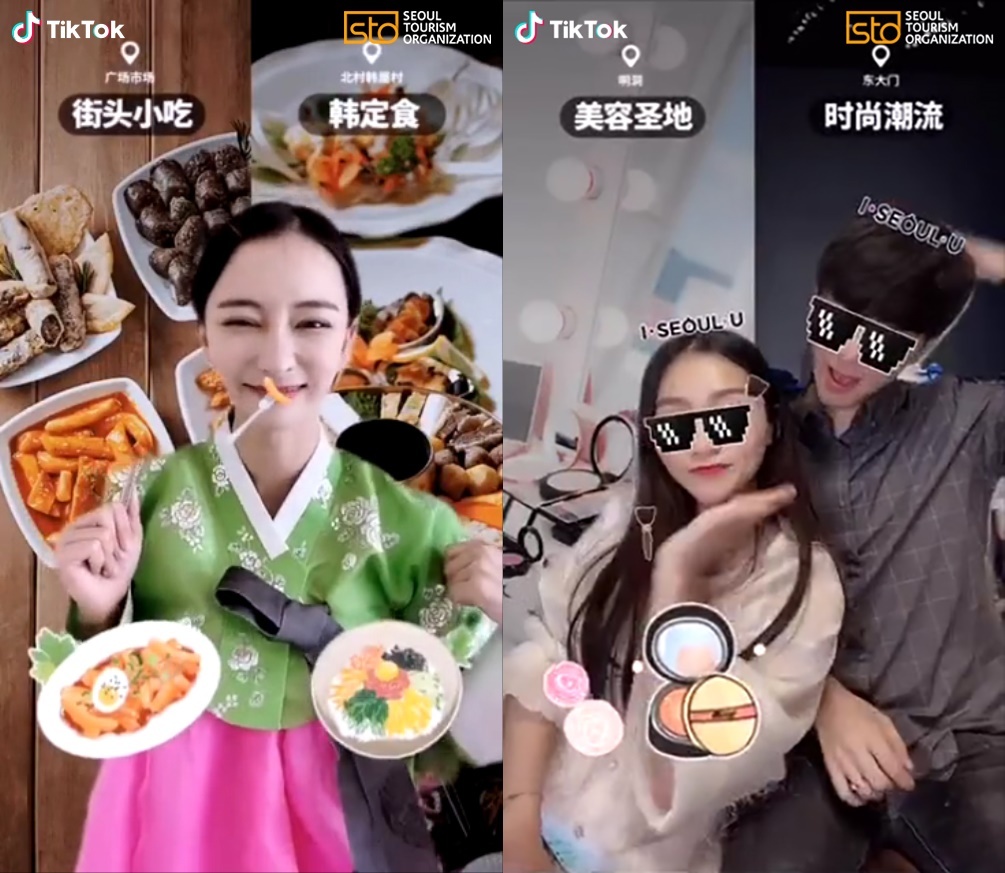 Screenshot of Douyin users participating in a “See You in Seoul” challenge (Seoul Tourism Organization)
“Cities around the world are taking a pause in the COVID-19 pandemic crisis. This campaign, planned as a contactless trip, shares diverse features of Seoul, satisfying the needs of people who are eager to travel,” said Hong Jae-sun, global marketing team director of the Seoul Tourism Organization.

The official video has been streamed on CNN, Indonesian television network GTV and on billboards at landmarks in Seoul. It will be streamed at Vietnamese TV channel VTV3. Poster images of the clip will be displayed at Singapore’s Orchard Road and in a commercial area in Bangkok.